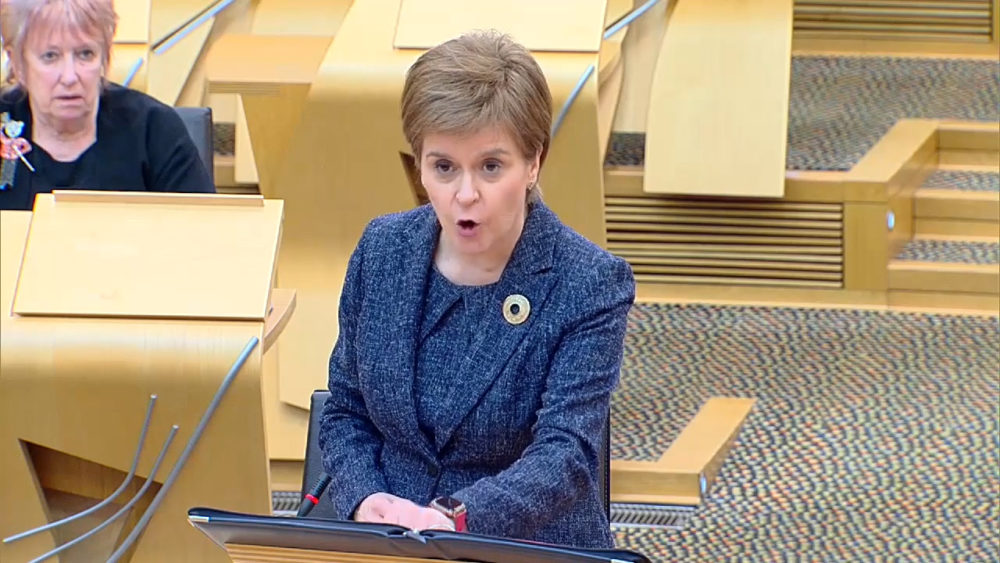 The Scottish Government has refused to recommend legislative consent to the UK Elections Bill, in a major escalation of opposition to the controversial legislation.

The announcement sees the Holyrood government join the Welsh government in opposition to the UK Elections Bill, which earlier this month refused to support the legislation in the Welsh Senedd.

Deputy First Minister John Sweeney lodged a legislation consent memorandum in the Scottish Parliament this week which recommends that Holyrood does not give consent to the legislation noting: “The Scottish Government considers that there is no evidence of significant electoral fraud to justify voter ID measures in Scotland.” He added that it would cause confusion, with voters in Scotland forced to show photo ID for General Elections but not Holyrood.

The Bill also imposes new government controls over the Electoral Commission and packs the Speaker’s Committee – which scrutinises the EC – with another government appointee.

Voter ID alone could cost up to £180m per decade, according to government figures – with councils expected to provide a new so-called ‘free’ ID scheme that voters may have to travel to pick up. More than two million people lack recognisable photo ID, according to official figures.

Willie Sullivan, senior director of the Electoral Reform Society Scotland said: “The Elections Bill is not just a bad piece of legislation but a dangerous one – it’s a bill that makes sweeping changes to our democracy that could see thousands of Scots turned away from the ballot box.

“There is much to be done to improve our elections across the UK, but instead of tackling the real issues, this legislation would threaten free and fair elections in Scotland. The Holyrood Government is right to oppose it and should hold firm.

“At a cost of up to £180m per decade, forcing this through is a grotesque priority for UK ministers right now. Far from protecting the integrity of our elections, it’s a costly barrier to democracy instead.

“This Elections Bill will lead to a ‘two-tier franchise’ in Scotland, with some elections banning those without ID, and others remaining open and free. Now both Holyrood and the Welsh Parliament have refused to support it, ministers at Westminster must go back to the drawing board and think again.”

According to the Institute for Government out of more than 350 legislative consent motions, consent has been denied just 13 times.

UK bills have been redrafted previously when devolved administration consent has been withheld under the Sewel Convention.