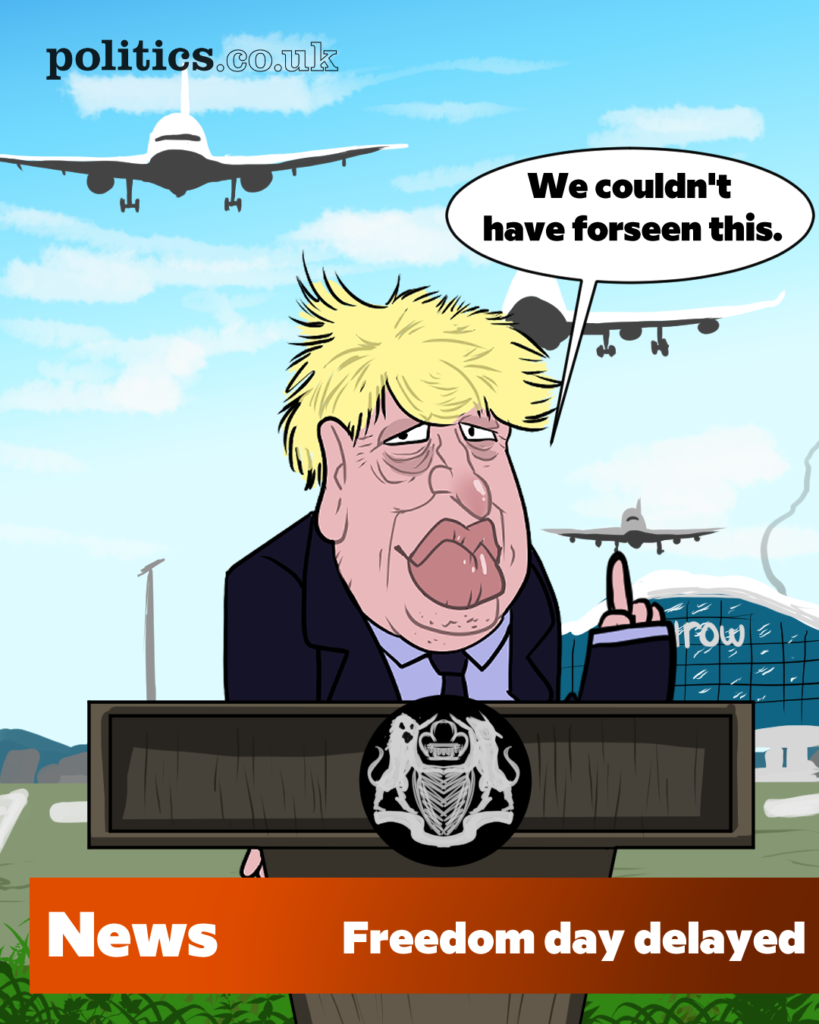 Prime minister Boris Johnson confirmed news that everybody knew was coming last night when he announced that the lifting of Coronavirus restrictions would be delayed until 19 July.

Addressing the press at Downing Street, he said: “Now is the time to ease off the accelerator.”

The four-week delay has been deemed necessary due to the impact of rising case numbers brought about by the Delta (formerly Indian) variant of the virus, which is more infectious than the previously dominant Alpha (formerly Kent) variant.

The government has faced criticism for allowing the Delta variant into the country, with India not being added to the red list – despite the presence of a new variant being known – until 23 April, two weeks after Bangladesh and Pakistan, which had much lower case numbers.