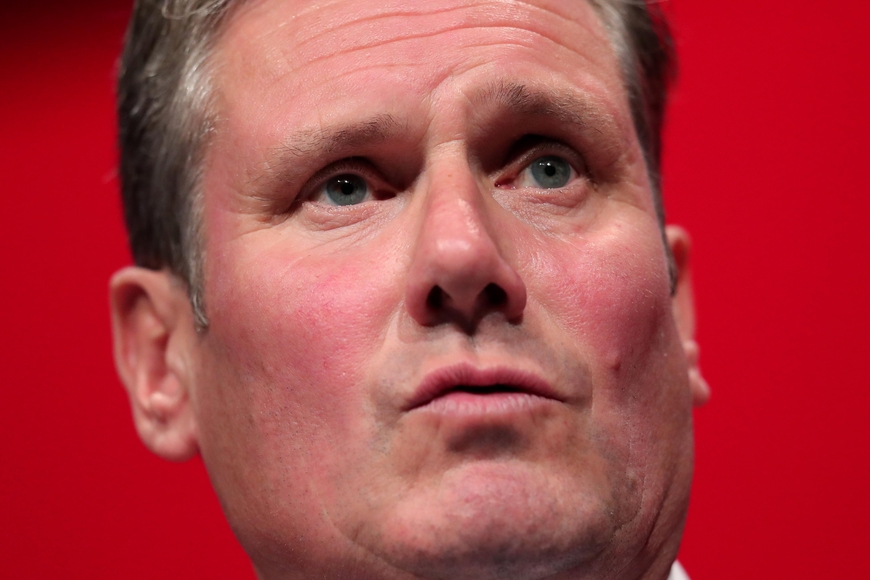 Could Starmer’s resignation be Labour’s stroke of luck?

Like any public figure, many criticisms could be offered of Labour leader Sir Keir Starmer.

A career-wrecking predilection for partying is not usually one of them.

Yet it is a fresh probe into a boozy lockdown “work” gathering that currently threatens to cut short his political career.

Starmer has been accused of breaching Covid rules after being videoed drinking beer in Durham’s local Labour party office after 10:00 pm on 30 April 2021.

Covid rules at the time stressed that such indoor political meetings were only legally permitted if “reasonably necessary” for a campaign.

The Sun newspaper has also alleged that the group of Labour campaigners ordered enough food from a local curry house to feed 30 people.

Durham Constabulary said back in February that Starmer did not break the rules, but a fresh investigation was announced last Friday after they claimed to have received “compelling new evidence”.

Sir Keir has repeatedly called on the prime minister to resign after Scotland Yard slammed him and Rishi Sunak with £50 fines respectively for a May 2021 birthday gathering in Downing Street.

He also previously called for Boris Johnson to step down when an investigation was launched into lockdown-defying gatherings at No 10, prior to Johnson himself being fined.

In a speech to journalists on Monday afternoon, Starmer maintained that it was “absolutely clear” he broke no laws at the Durham event, saying that “[he does not] believe those accusing me believe it themselves.”

However he vowed to resign as Labour leader should he be issued a fixed penalty notice over the matter.

He now stands to be hit with allegations of hypocrisy from all sides if he avoided resigning in the case of him being issued a similar fine.

A new YouGov survey has found that almost a majority (48 per cent) of Labour voters think the party leader should resign if faced with a Covid fine while 46 per cent of all British adults thought Starmer should quit if fined.

This suggests that Starmer’s decision to promise his resignation should be fined is the wisest decision for Labour’s chances of winning over voters in 2024.

However, should police say Starmer is guilty of breaching Covid rules without issuing him a fine, he could still be slammed with accusations of double-standards and may be pressured to quit.

While Labour’s popularity has grown in recent months- the government has correspondingly been mired in successive scandals- many lament Sir Keir’s apparent failure to score better with the public in light of this somewhat open goal.

The Labour frontbench is currently home to an array of promising centre-left candidates from shadow chancellor Rachel Reeves, to the likes of Wes Streeting, Yvette Cooper and Lisa Nandy. Arguably, any of these might prove a more compelling prime ministerial candidate than Sir Keir, whose performance has been repeatedly slammed as uncharismatic.

Crucially, all of these leading Labour figures, aside from deputy leader Angela Rayner who would follow Starmer out the door, are untainted by the alleged Covid law breach- something that cannot be said for Johnson’s top team.

Cooper and Nandy also have the benefit of having not campaigned for a second referendum, the policy Starmer stumped for throughout Theresa May’s premiership.

An Opinium poll following the 2019 election found that 37 per cent of 2017 Labour voters who switched their vote in 2019 cited Corbyn’s leadership as their primary concern. But given that 21 per cent cited Brexit as their key reason for failing to vote Labour, surely a leader with a less rigid anti-Brexit history than Starmer could only be a good thing for the party’s electoral fortunes?

Labour currently sits 2 per cent ahead of the Conservatives in the polls, despite the soaring cost of living and the 12 Covid gatherings in No 10 and Whitehall currently under criminal investigation. In 1995 the Blair-led opposition sat on 22 plus points, firmly in the running to win the 1997 election. While current projections suggest that Labour could be the largest single party following the next general election, they are well short of being able to command a majority.

While Starmer has clearly made some progress toward rehabilitating the party following the Corbyn years, his lacklustre polling performance suggests his image is more of a problem that his spin doctors suggest, and that a fresh face might be wise.

If Starmer and Rayner were to step down following a fine, it could also pile the pressure on Conservative MPs to oust Johnson, who has already been issued with one Covid fine with the possibility of more as the investigation rumbles on. Should Starmer quit, voters may be inclined to respect Labour’s decision to apply their attitude to Covid rules consistently. In contrast, Boris Johnson’s “partygate” issue could plague his party well into the future should his premiership continue to survive the scandal.

While Sir Keir’s public image is markedly less rambunctious than No 10’s current tenant, any individual who makes it to Leader of the Opposition is likely to possess a healthy dose of ambition and grit. There is not yet any certainty Starmer is set to step down as Labour leader, nor would it necessarily be the last we hear of him if he did.