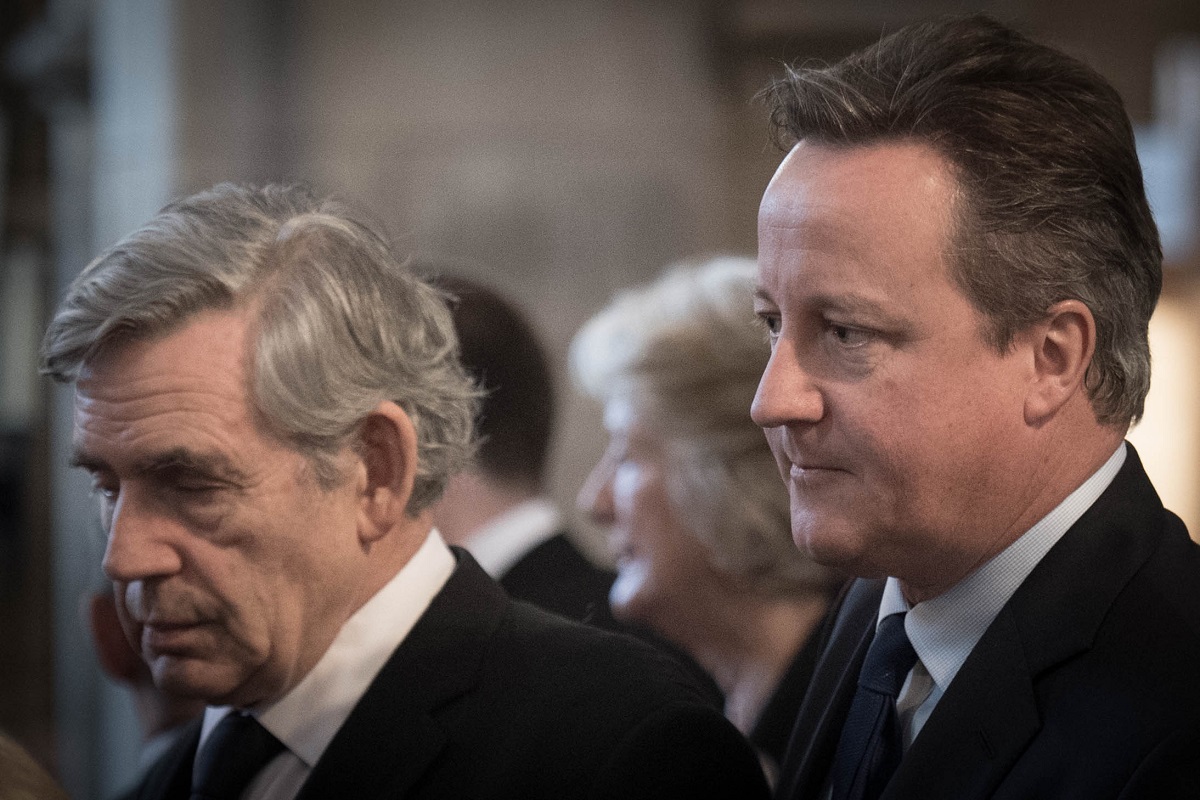 Week in Review: Brown versus Cameron defined us as a country

There’s a decent little Leonard Cohen poem called For Anne. It goes like this:

whose eyes to compare

With the morning sun?

Not that I did compare,

But I do compare

Pretty standard bit of Cohen love-and-loss stuff. He was a wonderfully wistful old crooner – simple words, complex thoughts, really it’s hard to speak too highly of him. So I should apologise in advance, because he would certainly have hated what I’m about to say next. It’s an act of barbarism against his delicate sentiment. But the thing is, you can feel the same way about prime ministers. It’s only when they’re gone, and all the daily news stories fade away, that you sometimes appreciate what was decent about them. Or indeed what was dreadful.

In 2010, Gordon Brown lost an election to David Cameron.

Let’s see what they’re up to now. Over the last few weeks Brown has led calls for $60bn of Covid support for poor countries, warned of an immunisation apartheid and urged US President Joe Biden to waive intellectual property rules for vaccines to accelerate global access.

Meanwhile, Cameron was making sure he did not answer his phone. He hasn’t been answering his phone for some time, because when he does journalists want to ask him questions about his lobbying activity for Greensill Capital. This is the financial services firm he injected into the heat of government and went to work for after he left. Some of us imagined that he spent the time after Brexit contemplating what he had done to the country in his posh little shed. Not so. He was in fact busy lobbying ministers, so that the firm could use the covid emergency to bolster its finances.

We already knew in 2010 the broad outlines of what we were facing. A smart but untelegenic prime minister versus a vacuous but shiny opposition party leader. But looking back on it, that election seems much bigger than that. It’s like a parable which would define the next period in British politics. We got rid of someone with integrity and replaced them with someone who had none. And that wasn’t just a choice about prime ministers or political parties. It was about the kind of country we wanted to be.

Our current problems stem from that choice. Cameron introduced austerity – a self-defeating act of economic illiteracy which dealt a hammer-blow to some of the least well-off people in the country in order to solve a problem which did not exist. Austerity provided one of the emotional impulses which led to Brexit. Brexit destabilised the UK still further and brought Boris Johnson to power. And now we see the continuation of that same godawful trend.

The prime minister talks of levelling up, but it’s a charade. In reality, he spends tens of thousands – sourced from god-knows-where – to turn his Downing Street flat into some kind of golden-wallpapered colonialist wet dream. He shows a complete indifference about the lives of people in the country. He reacts with bitter indignation when anyone suggests he answer questions about his activity. He shows none of the basic competence for government we might expect of our leaders – from leaving his phone number on the internet for years to agreeing tax policy over text. He is a perfect distillation of class superiority, moral irresponsibility and intellectual absence.

But still we don’t seem to have learned our lesson. Recent opinion polls suggest people know the Tories are sleazy, find Johnson personally untrustworthy, believe Starmer is an honest politician, and yet intend to vote for the government anyway. Usually we focus on the electoral consequence of that. We say things like how it’s all ‘priced-in’ with Johnson, or wonder what Labour can do to ‘cut through’. But it’s worth taking a moment to consider the national and moral consequences of it too.

The prime minister partly defines the nation. They do this through the policy they implement but also by representing an image of what success is, of the kinds of qualities we value and reward. They become a self-fulfilling prophecy, encouraging the type of society which they encapsulate.

That’s partly what’s so dreadful about all this. It would be much better if people denied the reality of Johnson’s corruption. What we have is much worse. We acknowledge it and then support him anyway. And that does not just mean that he stays in power. It means that we send a message: this is who we are now. This is the kind of society and the kind of politics we want.

It’s easy to be despairing about this. Probably next week’s election results will give us ample reason to be. If the Tories do well – and the vaccine roll-out suggests they will – there’ll be lots of chat about how nothing can touch him and no-one cares about corruption.

But despair is pointless. Our time is better spent assessing what works against him and prioritising it.

This stuff only works until it doesn’t. There will come a point when people have had enough of it – when a moral line is crossed, or life just seems so hard that tolerance for these personal failures evaporates. And when it does, we should make sure that we say something better about ourselves as a country than we are managing right now. It would be nice to have upbeat blissed-out pop songs define where we are as a country, rather than sad poems longing for the past.