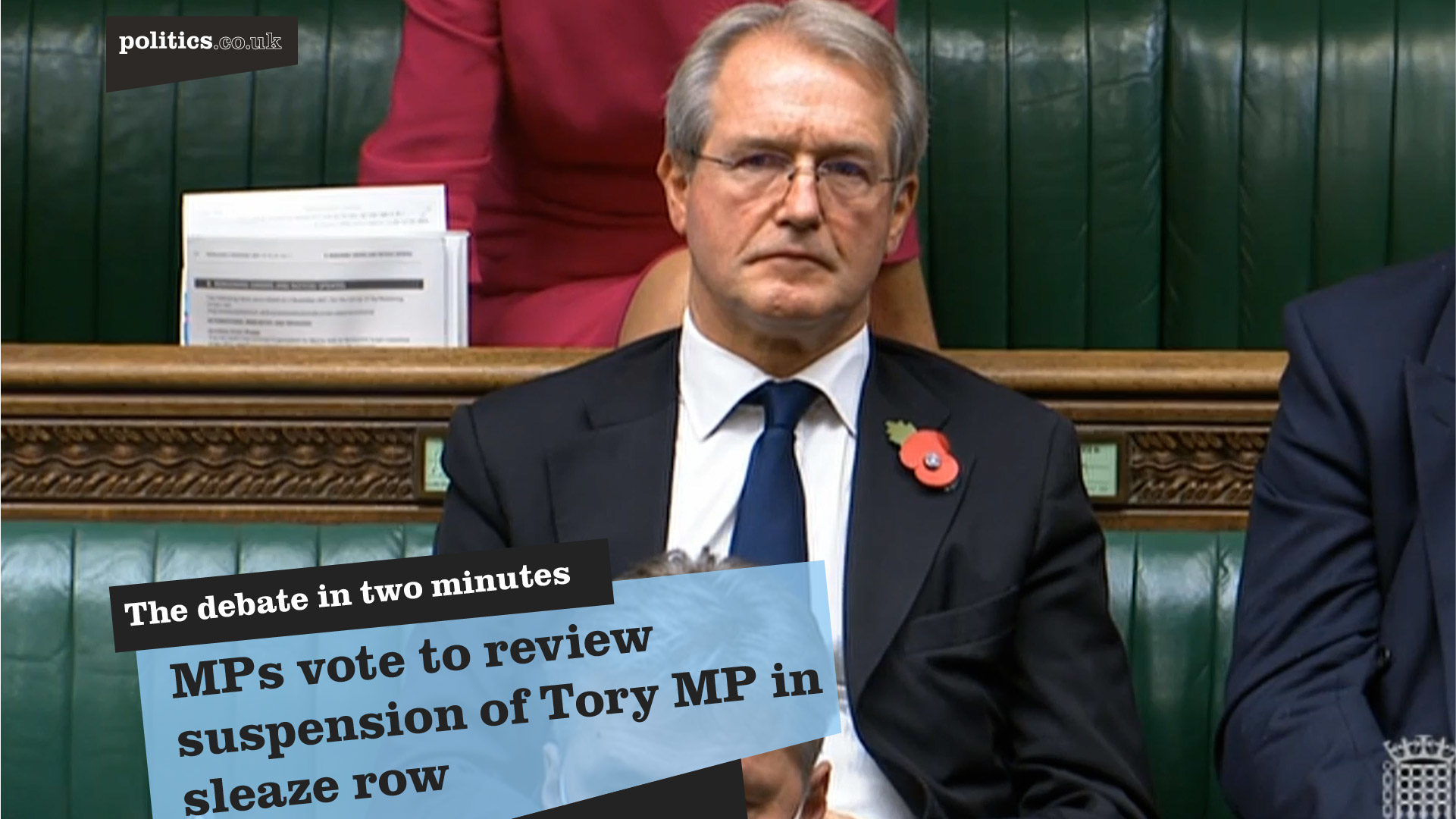 MPs have voted to reform the parliamentary committee on standards and review the suspension of Owen Paterson by 248 to 221.

The amendment to the bill was led by Conservative backbenchers, including Andrea Leadsom, and reportedly pushed through with a three-line-whip.

Paterson, who was found by the independent cross-party standards committee to have used his position for public advocacy at least 14 times, will no longer be subject to the punishment outlined, which was a 30 day suspension from the House of Commons.

After a heated debate, cries of “shame” and “what have you done to this place?” could be heard when the result was announced in the Commons.