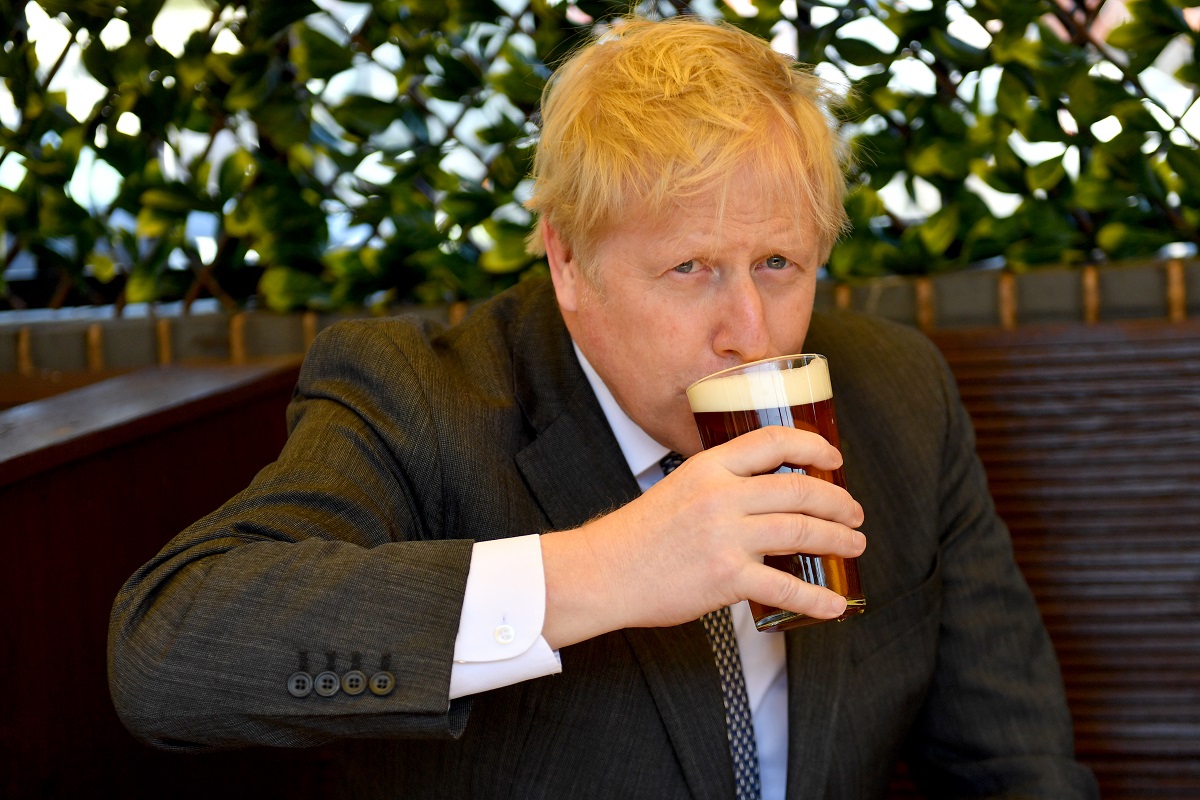 Boris Johnson may well have won a convincing parliamentary majority at the last UK general election in 2019, but that hasn’t stopped recurring media stories of how he could be removed from office by disgruntled Tory MPs, unhappy with his handling of the covid pandemic or the potentially damaging fall-out from the emerging lobbying saga and allegations of political ‘sleaze’.

Indeed, changing prime ministers without the requirement of a general election has become the unofficial norm rather than the exception over the past three decades, and of the last six British prime ministers, four have ascended to the role without requiring a general election to democratically validate their accession. This trend can be aligned with heightened political volatility and ‘short-termism’, reflecting rising public demands and expectations aligned with fickle political support and unexpected crises. It is therefore not surprising to encounter repeated suggestions that an otherwise powerful prime minister like Johnson could be at risk of removal from 10 Downing Street, and cannot automatically expect to see out his anticipated five-year term of office.

This trend, which dates back to 1990, has broader democratic and constitutional implications, arising from the lack of fixed terms for election dates and electoral cycles within the UK’s political system, which in comparative terms, is markedly different to other western liberal democracies like the USA.

During previous eras, early prime ministerial departures were usually explained by the ailing health of the incumbent leaders, e.g. Harold Macmillan in 1963 and Harold Wilson in 1976, who both voluntarily departed on their own terms. By contrast, more recent premature departures from the premiership can be linked to intensified intra-party tensions and erupting political crises, with departing leaders often expressing bitterness and reluctance. Such abrupt exits also create conditions for a general election to occur sooner rather than later, with political commentator Steve Richards recently observing that “those who become prime minister without winning an election lead with far less confidence”.

As an obvious high-profile example of a prime minister leaving office reluctantly, Margaret Thatcher’s resignation in 1990 stemmed from her cabinet tiring of her dominant, and often intimidating, leadership style and unwillingness to change course when faced with significant public criticism; traits which led many in her party to conclude that she was likely to lose the next general election, regardless of her unblemished electoral record. Thatcher’s reluctant and clearly embittered removal alluded to “treachery” among her cabinet, but it highlighted that even the most powerful prime ministers can be vulnerable if they lose the confidence of most of their parliamentary colleagues.

Thatcher’s mid-term successor John Major consequently became an unelected prime minister for the next 18 months, and was hampered by both the ongoing public bitterness from Thatcher and her allies, and his own lack of a personal mandate. When Major eventually called a further general election at the latest possible moment in April 1992, he achieved the highest numerical Conservative vote of the post-war era and secured for his party an unprecedented fourth consecutive term in office. This suggests that the removal of Thatcher was a high-stakes political gamble that benefitted the Conservative Party in the most basic political terms, namely with the ‘natural party of government’ retaining power, although it did create further divisions in the years ahead.

Like Margaret Thatcher, Tony Blair developed a ‘presidential’ style of leadership that detached him from his party’s restrictive shackles. This approach was built on a personal authority fuelled by three consecutive general election victories (1997-2005), and during a decade in Downing Street Blair generated hostile opposition from across the political spectrum, and increasingly from within his own Labour party.  The most prominent example was the impatient chancellor of the exchequer, Gordon Brown, who’d long envisaged the premiership for himself. Both Thatcher and Blair ultimately became victims of their own electoral success, as their prolonged dominance created festering resentment within their own ranks.

Blair’s fatal strategic error was to publicly announce that the 2005 general election campaign would be his final one as leader, having been already weakened by the fall-out from the 2003 Iraq War.  This gave his internal opponents the incentive to agitate for his early removal, a demand subsequently heightened by the 2005 electoral result where Labour secured only 35% of the national vote (a vote drop of 5.5%) and lost 47 seats.  Matters came to a head in autumn 2006, whereby a series of co-ordinated junior ministerial resignations forced Blair to provide a specific timescale for his departure. Some have likened it to a well-planned ‘coup’ initiated by Gordon Brown’s allies; Blair somewhat reluctantly pledged to leave Downing Street within a year of September 2006, and when he left in mid-2007 the dynamics of his eventual departure were certainly against his personal wishes.

Despite being a multiple election winner, Blair’s removal was humiliating, although his allies would highlight that he was not removed by the electorate.

His ousting did not revitalise Labour’s electoral prospects, with Blair’s successor Gordon Brown leading Labour to electoral defeat in 2010.

David Cameron was another prime minister who departed prematurely, barely a year after winning the 2015 general election. In a similar vein to Tony Blair in 2005, Cameron had previously announced that he would not seek a third term in office if re-elected in 2015, yet the termination of his premiership occurred much sooner than anticipated. The circumstances surrounding it were entirely connected to the polarising Brexit/EU debate which came to overwhelm British politics, stemming from UKIP gaining 12.6% of the popular vote in 2015 (a quadrupling since 2010), which was seen as an ongoing threat to Conservative MPs.

Having been boosted by victory in the 2014 Scottish independence referendum, Cameron hubristically addressed this hazardous policy challenge, setting the date of an ‘in-out’ EU referendum for June 2016, again confident that he could deliver an outcome to suit his own political ends. By embracing this high-risk strategy (amidst close opinion polls), he aspired to decisively resolve the Conservative party’s decades-long civil war over Europe.

Yet the EU referendum gamble ultimately backfired, and the 52-48% ‘leave’ victory on 23rd June 2016 made Cameron’s position untenable given his association with the losing side, arising from the ‘iron rule’ advanced in Steve Richards’ recent book that “if prime ministers hold referendums, they must win them”.

His reluctant departure therefore stemmed from a specific scenario that he’d been responsible for creating. His European policy both helped him to unexpectedly gain outright power in 2015, yet also dramatically terminated his premiership just over a year later.

Theresa May was the beneficiary of David Cameron’s Brexit gamble gone wrong, emerging to succeed him ‘mid-cycle’ as Conservative prime minister in mid-2016.  May was initially depicted as a safe pair of hands amidst the destabilising Brexit fall-out, tasked with practically delivering the referendum verdict. Yet she ultimately failed, principally because after inheriting a small parliamentary majority she gambled on an early general election. Despite a significant polling lead and pitching herself as a ‘strong and stable’ candidate against an unpopular opposition leader, she surprisingly lost her majority in 2017 and was ridiculed for a wooden campaigning style and branded the ‘Maybot’.

Therefore, in a similar scenario to Cameron before her, such bleak political circumstances were entirely of her own making, illustrating why previous prime ministers were cautious about calling early general elections after coming to power mid-term.

The catalyst for May’s eventual downfall was the unexpected 2019 European Elections, held because the UK had still not formally departed from the EU almost three years after the Brexit referendum (which reflected badly on her leadership), and in which the Conservatives finished in a humiliating fifth place. To exacerbate matters, Nigel Farage’s Brexit Party topped the poll. May’s Downing Street departure was clearly reluctant, as witnessed in her tearful resignation at the end of May 2019.

May became the second prime ministerial casualty of the Brexit saga, yet as a specific leadership change it bore considerable benefit for the governing Conservatives, with Boris Johnson succeeding her and then securing the party’s biggest general election victory since the 1980s in 2019.

These modern historical examples illustrate how most recent UK prime ministers have ascended to office pre-emptively and prematurely within the country’s flexible constitutional framework, replacing their predecessor without any formalised general election. While this trend reflects the often arbitrary features of broader British constitutional processes, such various historical precedents will exacerbate the underlying sense of instability, uncertainty and insecurity of Boris Johnson’s premiership, with evident potential to cause further changes at the top echelons of governance. Having been the beneficiary of such abrupt prime ministerial change in the past, Johnson must now be vigilant to the dangers posed by various issues such as covid, ongoing internal party divisions, and the still-erupting lobbying saga to his ongoing tenure at 10 Downing Street.