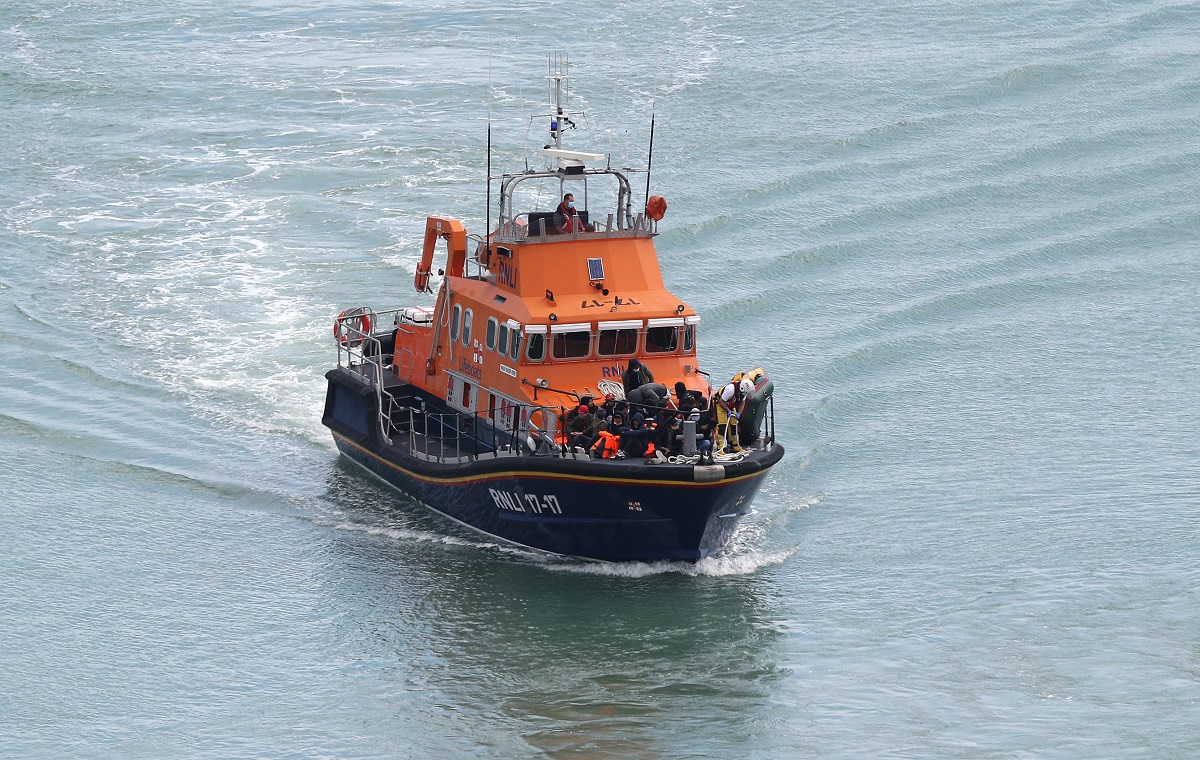 Week in Review: The nativist right is losing its grip

First they took on the England team. Then they lost. And now, in their infinite wisdom, they’re taking on the Royal National Lifeboat Institution (RNLI). They’re going to lose that too.

It feels like the nativist right, which has for five years dominated debate in this country, is losing its touch.

A lot of this comes down to instinct. In newspaper columns and blogs we often talk through the more complex structural and technical aspects of an issue. But general political debate often relies on an instinctive sense of right and wrong. And that’s a judgement that the nativist right has previously proved highly adept at winning.

In so many recent debates, liberals found themselves on the wrong side of people’s instinct. Brexit is the most obvious example. The arguments for the single market were relatively complicated. It was so much easier just to say ‘take back control’. The same is true for human rights law. It’s much easier to say ‘this horrible person should be punished’ than it is to argue that rules which protect the worst of us will certainly protect the rest of us. The pattern repeats itself for all sorts of issues: the last night of the proms, benefits, immigration, the list goes on.

Over and over, the lengthier, complex conversation fell victim to the easier emotive one. And liberals found themselves on the backfoot of a national conversation against opponents who knew how to utilise that instinctive sense against them.

So the last few weeks have been interesting. It started when the England footballers took the knee. Once again, the nativist right saw the chance to drive a wedge into the population, casting the majority of good old English patriots against the out-of-touch metropolitan elites. Taking the knee is new and unusual, and seen as innately linked to social justice movements. So they attacked it.

Priti Patel backed the England fans who booed it. Johnson tacitly made clear that he felt similarly. The phalanx of nativist commentators, in their traditional regiments at the right-wing magazines, newspapers and radio shows, pushed hard against the team.

But for once, they got it wrong. They made two mistakes. The first was setting themselves up against the national football team, which is a frankly insane thing to do, but becomes more insane when they reach the finals of an international tournament. The second was to forget that the public is anti-racist. You can motivate people to the right on immigration, free movement and asylum. But when it comes to basic anti-racist sentiment, the vast majority ascribe to it.

Now we’re seeing something similar take place with the RNLI. Nigel Farage attacked them for saving migrants. Nativists bloggers and Brexit party types came out to support him. And on previous evidence they’d have good reason to think that this would work. After all, it’s difficult making the case for asylum seekers. Liberals have to explain the conditions in their own countries, our obligations under the refugee convention, why people might choose to leave France to come here. It’s a two-step explanation against the simple emotive one of saying ‘stop the boats’.

And yet it didn’t work. Once again, they picked the wrong target. The RNLI is one of the most respected charities in this country. We’ve all grown up surrounded by the charity boxes they have in every town centre. They correspond to something basic in an island nation. And their sentiment had a purity to it: that they save anyone, everyone, no questions asked. Even if you’re critical of asylum, that is a hard case to answer.

Suddenly it was the nativist right expressing two-step thought processes – if we stop saving them, then it reduces the pull factor, then fewer boats come. That’s false, incidentally, and corresponds to no evidence whatsoever. But it is also complex, while the statement ‘we save every life at sea’ is not.

What’s going on here? Is it overconfidence? Tactical? A broader shift?

Almost certainly it is a bit of all of them. There’s a clue in this week’s More in Common report on the culture war, which found a tremendous amount of consensus in what are supposedly highly divisive issues. “Most people in Britain view culture and change very differently from those who feed the flames of the culture wars… We find a surprising amount of common ground and, among most people, a desire to balance competing views and concerns – even on the supposed cultural ‘flashpoints’.”

That includes many of the views which are written off as part of a metropolitan elite, such as wanting “a fuller set of facts” about Britain’s history and being pleased that the country has “become a fairer, more equal, and more tolerant place”. But this sense is overshadowed by “an industry of conflict entrepreneurs in politics, media, tech and elsewhere, who profit from division and conflict”. They have discarded common ground in favour of “the ‘us-versus-them’ culture wars”.

The nativist right got used to winning. You can see the complacency in the ministerial response to taking the knee and the blogger decrepitude over the RNLI. It’s made them lazy and overconfident. They do not see that the ground is shifting beneath their feet.

What they’re faced with now are powerful cultural totems: key British institutions which cannot be readily written off as out-of-touch liberals, and yet are reflecting the values nativists try to associate with that imaginary group. Solid, reliable, uncontroversial national symbols are starting to emit a more compassionate, generous form of identity, which the nativists struggle to deal with.

There is a key lesson to learn here. It’s about how you frame a debate and who fights it. But it is also something else, something deeper. The country is changing. Underneath all the angry noise and cynicism, and concealed by an electoral system which advantages the Conservatives, it is becoming more socially liberal. The divisions which nativists rely on are becoming increasingly ineffective.

After a ruinous five years, we’re starting to see some vulnerability in the nativist right. And in that vulnerability, you can glimpse the early signs of their ultimate defeat.

This is my last ever Week in Review for Politics.co.uk, as I move on to pastures new. It’s been a privilege having this space to write for you over the years, as we’ve gone through some frankly dreadful nonsense, and a few, admittedly more isolated, bits of good news. Thanks so much for giving me your time. It’s deeply appreciated.

This site has given a great deal – a space to develop my journalism, and the support to deliver it. It’s a proudly independent space in an online world full of agendas. I’ll continue to be an ambassador for it, and I hope you will too. See you out there.