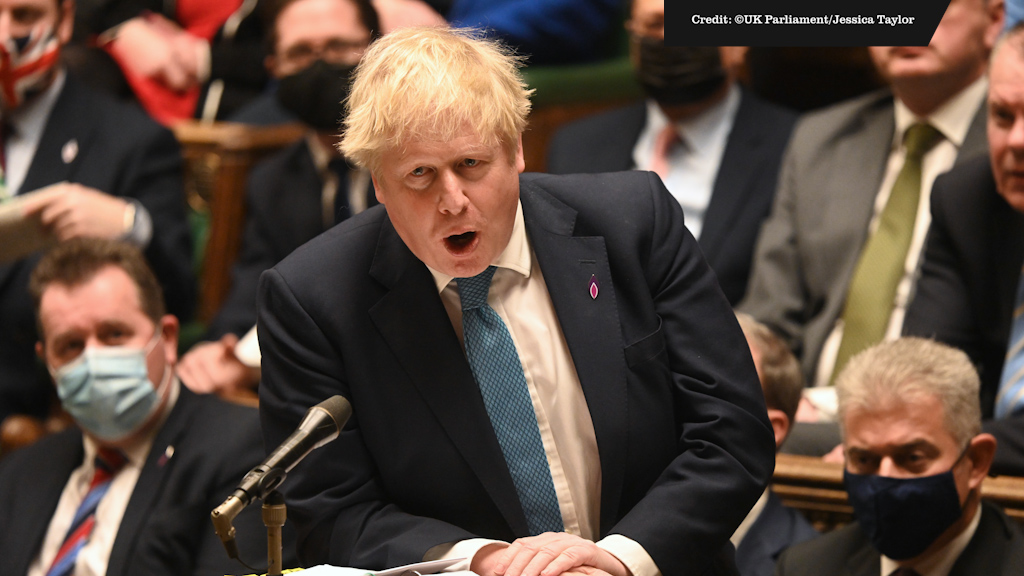 10 Downing Street says it is still yet to receive Sue Gray’s parties report, as questions grow over whether Boris Johnson will publish it in full.

In Prime Minister’s Questions, Johnson claimed he would do “exactly what I said”, when asked by Labour’s leader Sir Keir Starmer if the prime minister would publish Gray’s report in its entirety.

In today’s lobby briefing, Downing Street stated that it wants  assurance” the report will not cut across the investigation opened by the Metropolitan Police before a final decision will be made on whether report will be published in full.

Reports suggest Gray “expects” all her report on lockdown-breaking parties in Downing Street to be published. Any edited version of the report being released will likely incur a huge political backlash.

Pressed on whether the prime minister had left wriggle room in his answer in PMQs, the PM’s spokesperson said: “Our intention is to publish [the report] as received”.

Although the report could still land on the prime minister’s desk at some stage today, it is likely Johnson won’t return to the Commons until tomorrow. The PM’s spokesperson re-confirmed the PM would “come to the House and make a statement”.

Johnson continued to bat away questions by Labour’s leader on whether he would resign if he was found to have broken the ministerial code.

The prime minister said he ‘couldn’t comment’ due to the Metropolitan Police investigation into the parties Gray has been gathering evidence on in recent weeks.

Johnson described Starmer as “relentlessly opportunistic” in opposing government measures on the pandemic. The prime minister’s comments were made despite the government relying on Labour votes to force through Plan B restrictions in December following a significant Conservative rebellion.

In a much more confident PMQ’s performance than in recent weeks, Johnson was greeted with huge cheers from his backbenches when he quipped Starmer was a “lawyer, not a leader”.

Aside from ‘partygate’, there may be further troubled waters ahead for the prime minister to contend with.

Leaked emails reveal Johnson did personally intervene in the evacuation of Pen Farthing’s staff and animals from Afghanistan last summer, despite the prime minister claiming in December that the claims were “complete nonsense”.

The evidence includes copies of internal emails between Foreign, Commonwealth & Development Office (FCDO) staff relating to responsibility for decisions taken on evacuations, including the involvement of the prime minister.

An email from 25 August 2021 addressed from one FCDO official to a colleague reads: “the PM has just authorised their staff and animals to be evacuated”.