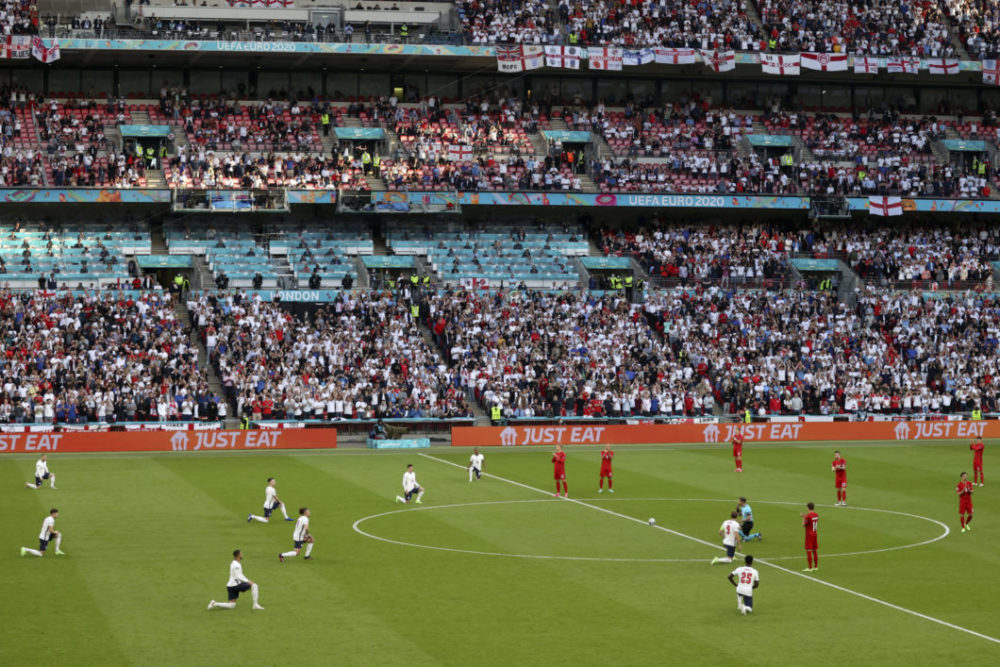 The MP for Ashfield has refused to watch England matches in protest at the players taking the knee before kick-off.

Labour has cheekily suggested that he has been the jinx all along, and warned him not to wreck England’s chances on Sunday by changing his stance for the final.

The England players, whilst making it clear that taking a knee is solely in support of fighting racism, have been met with booing by some sections of fans before games.

Anderson defended his position in a video posted onto his Facebook page.

“I don’t like the taking the knee business, I think it associates with Black Lives Matter movement.” Anderson said.

“Sulky Tory MP Lee Anderson hasn’t been cheering England’s heroes like the rest of us because he doesn’t like their simple act of anti-racism.

“As Anderson was born in 1967 we think maybe he’s been the jinx all along.

“Reaching our first final since before he was born is such a great feeling. But it’s not enough.

“We want to finish the job on Sunday.

“So we’re saying: Anderson, stay away, do the housework, watch Midsomer Murders, anything.

“And keep up your pathetic one-man boycott for one more game.”

This is one of the best things I've seen Labour do in ages. https://t.co/f4eJLgpVOM

Anderson looks set to continue, saying: “It’s their choice to take the knee, and it’s my choice not to watch the matches.”

The 54-year-old did add, however: “I’ll be checking my phone for updates to see if they’ve scored and cheering if they have.”

“I hope they win and I hope it comes home.”

England reached their first major tournament final for 55 years after a 2-1 victory against Denmark in Wednesday’s semi-final at Wembley.

In a widely-praised article for The Player’s Tribune before the tournament, manager Gareth Southgate said the players had a duty to raise awareness “on matters such as equality, inclusivity and racial injustice”.