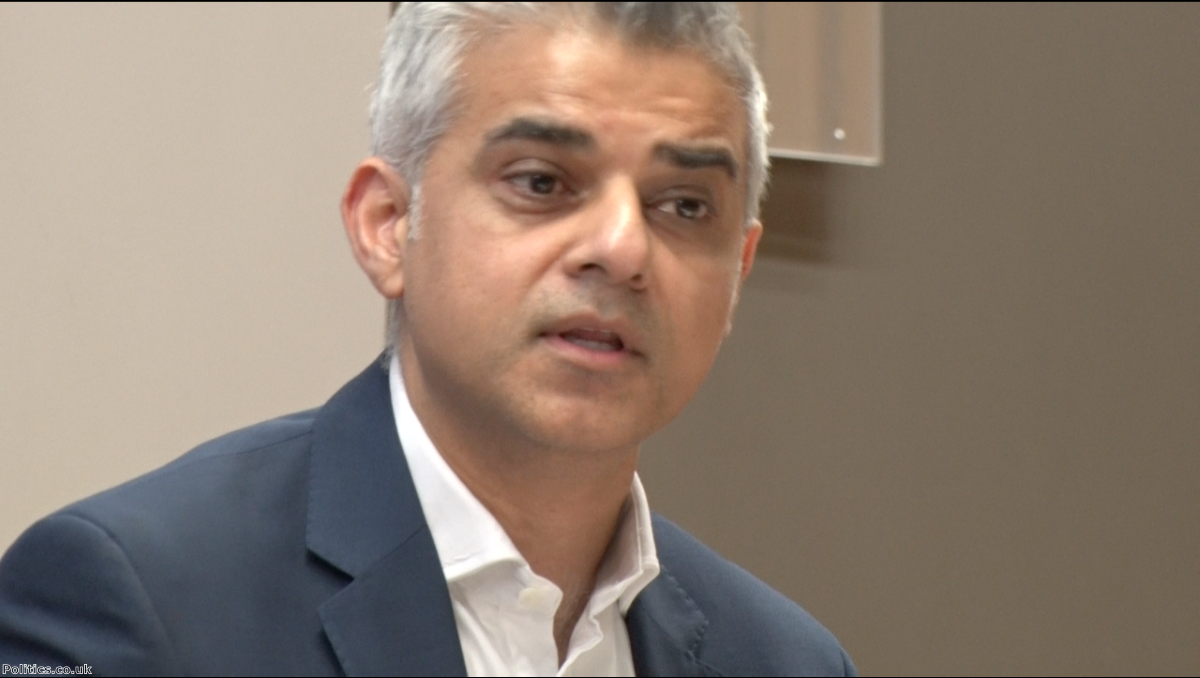 Met under pressure as mayor intervenes over migrant rape arrest

The Metropolitan police is under intense pressure to change its approach to crimes against migrants, after Politics.co.uk revealed that a woman who reported being kidnapped and raped was arrested on immigration charges.

The woman, who reported the crime in March, was taken to a sexual assault referral centre but police then arrested her before she could leave. She was subsequently held in custody at a London police station where she was questioned by immigration officials.

The London mayor, Sadiq Khan, took to Twitter yesterday afternoon to express his anger over the case. He wrote:

"This is a completely unacceptable way to treat victims and I have asked my deputy mayor Sophie Linden to pick this up with the Met as a matter of urgency."

This is a completely unacceptable way to treat victims and I have asked my Deputy Mayor @SophieKLinden to pick this up with the Met as a matter of urgency. https://t.co/gByOYvtKLH

In a statement to Politics.co.uk earlier in the day, Linden said the case was extremely troubling and risked deterring other victims from coming forward.

"We have raised the issue with the Met, and continue to work closely with the police and the Havens to ensure victims have the confidence to come forward and report.

"Victims of sexual abuse or exploitation have already suffered unimaginable distress at the hands of their perpetrators, and the Havens are an invaluable asset as we strive to improve the support available to all victims to help them cope, recover and find justice.

"If victims – whatever their circumstances – don't have the confidence to come forward and report crimes, we cannot catch the perpetrators who can continue to offend, and justice is not done."

"The government really needs to step back from its current policies and think about their consequences," Abbott said.

"If the victims of serious crime do not feel able to come forward because of their immigration status, people trafficking is left unchecked, violent offenders go unpunished and are free to re-offend. We are all put in danger."

Co-leader of the Greens Jonathan Bartley blamed the government for creating an environment where the police action would take place.

"Imagine the bravery that it took for that woman to come forward and tell her story to the police. Imagine the barriers she had to go through. And then imagine her dismay, her fear that her experiences were not treated with the sympathy and care they demanded but with cold cruelty," he said.

"But while the police were the actors in this sorry story, the government is the author. It is their rhetoric and their policies that have – quite consciously – created a hostile environment for migrants and refugees. We need a complete change in policy and a total change in the principles at the heart of government."

Lib Dem lord and former senior police chief Brian Paddick said that the "absolutely appalling" case was a throwback to the 1970s.

"We have been here before," he told Politics.co.uk. "When I joined the police in the mid 70s race relations were at an all time low because we used to enforce immigration rules. The government is ignoring lessons from history and treating people appallingly."

Labour MP and member of the women and equalities committee Jess Phillips raised concerns about other cases of women seeking help from the police who were subsequently detained for immigration reasons.

"I am appalled by this heavy handed treatment of a vulnerable woman who was seeking help, but I am not surprised," Phillips said.

"I myself have seen cases where women who called the police because of fears for their lives from violent partners and have found themselves carted off to immigration detention.

"All this does is collude with perpetrators who tell women: 'If you tell anyone, you'll be deported'. It is so common for women with unstable immigration to fall prey to those who wish to take advantage of their vulnerabilities. The police and the Home Office should never collude with this."

There are now calls for safe reporting measures to be introduced to ensure that all victims of crime are able to come forward without questions being asked about their immigration status.

Senior legal officer Jasbindar Bhatoa at the organisation Rights of Women has urged the government to include protections for migrant women within its domestic violence and abuse bill.

"This story highlights the fact that migrant women experiencing violence are not getting the support that they need" Bhatoa said.

"It is essential that safe reporting mechanisms are put in place for victims of crime to seek help without fear of arrest and removal, otherwise those crimes will go unpunished and the perpetrator will not be brought to justice.

"This will involve a significant overhaul of law, policy and practice to ensure that migrant women receive equal protection."

Police referrals are just part of the web of immigration enforcement mechanisms established under Theresa May.

Health care providers, landlords and others are also required to report on the immigration status of those they come into contact with.