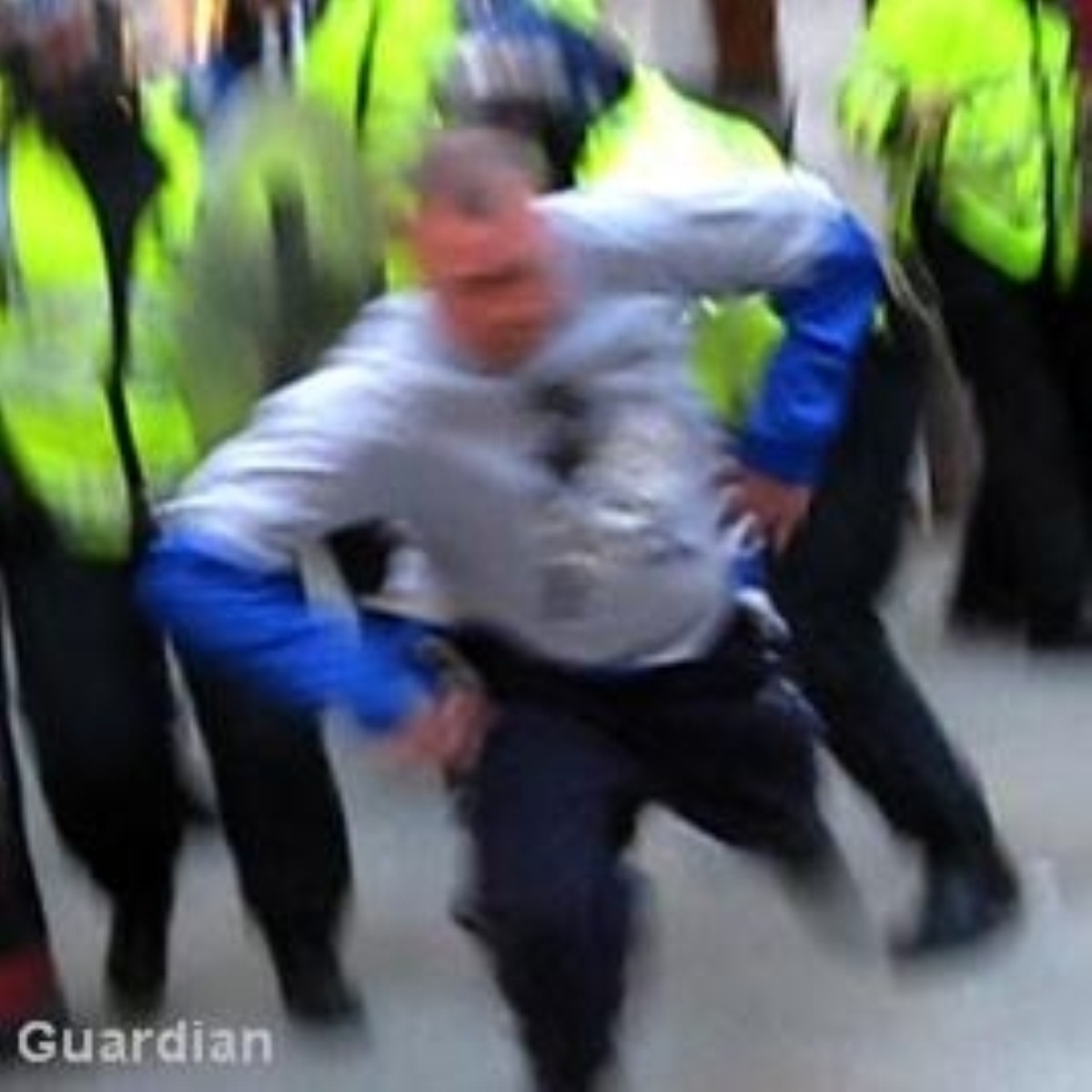 The police officer who struck Ian Tomlinson before he died has been dismissed with immediate effect from the Met police.

PC Simon Harwood was found to have committed gross misconduct when he beat the newspaper vendor around the legs and then pushed him to the ground during a G20 protest in 2009.

The force used was "unreasonable, disproportionate and unnecessary", a disciplinary panel found.

"We have no doubt that PC Harwood is not fit to hold the post of constable and he is dismissed with immediate effect," the panel chairman said.

The chairman argued the officer's actions had discredited the police service and undermined public confidence.

The Tomlinson family had already left the room when the decision was read out, in protest at the panel's refusal to consider whether Tomlinson's death was caused by Harwood.

A recent manslaughter trial found Harwood not guilty, but it did not have access to information showing he had previously illegally arrested a driver after a road rage incident and faced several unproven accusations of physical abuse while wearing a police uniform.

When the disciplinary hearing began, Patrick Gibbs QC, representing Harwood, said he would only admit to gross misconduct if the passage saying he was guilty of "inadvertently causing or contributing to the death of Mr Tomlinson" was removed.

The exclusion of the 'causation' argument means the Met is unlikely to accept liability for the death.

There are also questions facing the police about why Harwood was allowed to serve in such a potentially volatile situation when his professional history suggested he would not be able to control his temper.

In his defence, Harwood's lawyer said the office had offered to resign twice since the protest – once when a verdict of "unlawful killing" was reached and again when he was acquitted of manslaughter.

"He accepts he can never be employed again as a police officer," Gibbs said.