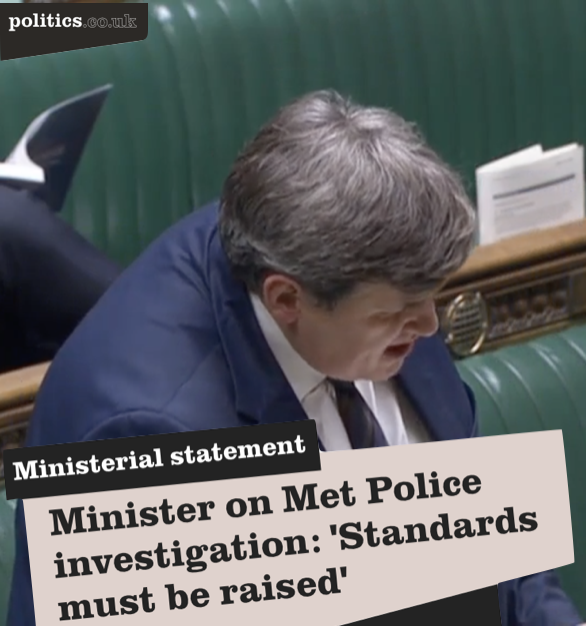 Minister on Met Police investigation: ‘Standards must be raised’

Minister of state, Kit Malthouse, made a statement to the House of Commons following an investigation into “bullying and misogyny in Charing Cross Police Station”.

The Conservative MP said that he hoped that the investigations taking place, including one by the Home Office, would end this “toxic culture”.