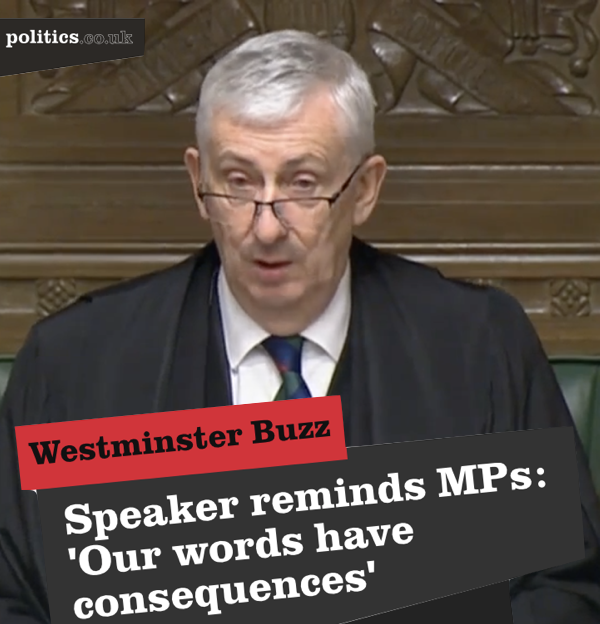 Following “abuse” towards Keir Starmer outside parliament last night, the Speaker of the House, Sir Lindsay Hoyle, made a statement, which reminded MPs that their “words have consequences”.

This follows “reports that some abuse was directed towards the leader of the opposition related to claims made by the prime minister”.

Hoyle repeated his previous remarks, that “while the prime minister’s words were not disorderly, they were inappropriate”.