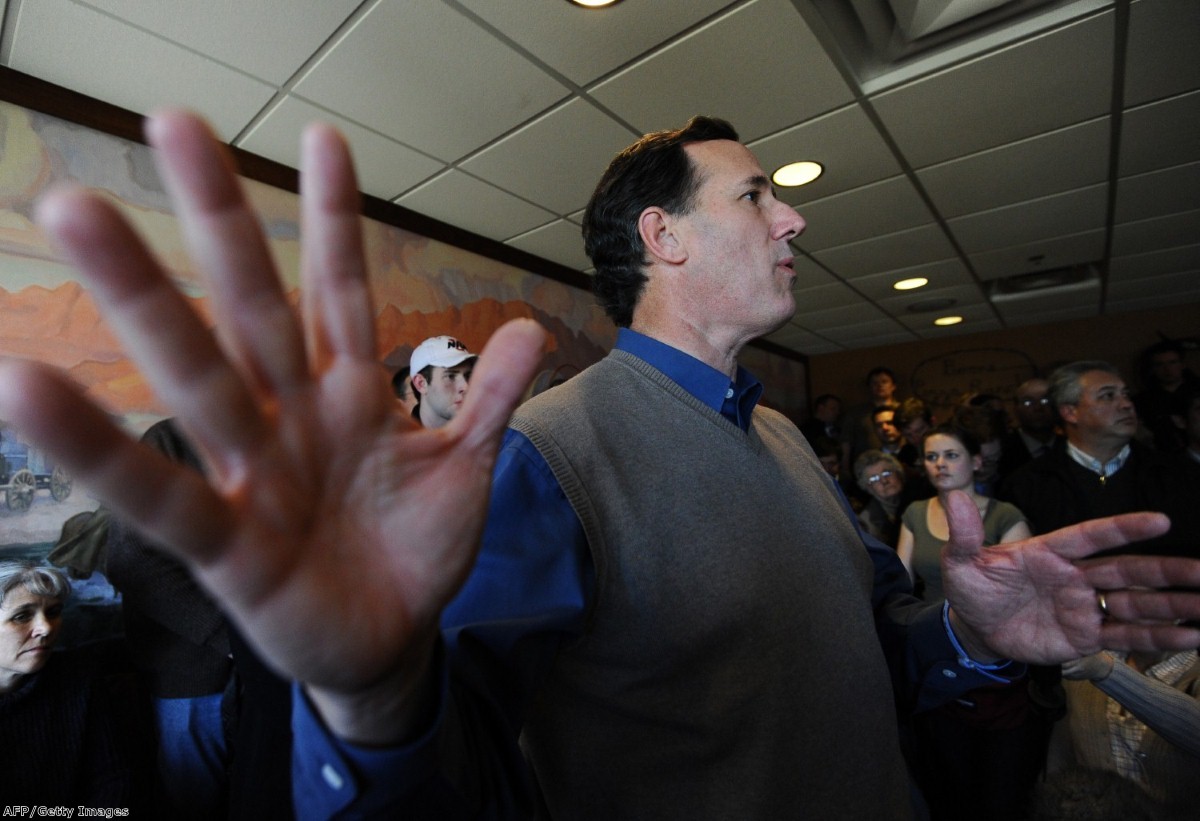 Return to the frontline? Murdoch uses Twitter to back Republican candidate

Those who believed the phone-hacking scandal had crushed Rupert Murdoch's ability to influence politics are about to have their theory tested, after the mogul took a new approach to endorsement.

Mr Murdoch surprised many on Twitter when he joined the social networking site this weekend, only to back Republican candidate Rick Santorum ahead of today's Iowa primary.

"Can't resist this tweet, but all Iowans think about Rick Santorum. Only candidate with genuine big vision for country," he wrote.

The tweet is a somewhat more subdued affair than when Tony Blair dropped all his plans to win Mr Murdoch's support before the 1997 election.

In the aftermath of the phone-hacking scandal many British pundits have considered Mr Murdoch damaged goods in the Westminster scene, with his name tarnishing potential candidates rather than boosting their prospects.

But the same process has not quite taken place in the US, where Mr Murdoch owns outlets such as Fox News and the Wall Street Journal.

The message is unlikely to be warmly received by the SNP leader, who has worked hard to disassociate himself from Mr Murdoch since the phone-hacking scandal erupted.

Mr Murdoch's arrival on Twitter caused an outbreak of hostile tweets and some more humorous responses.

Mr Santorum is going up against Republican frontrunner Mitt Romney and libertarian Ron Paul in the crucial Iowa ballot – the first test for who will take on Barack Obama in elections later this year.

His staff have not yet commented on the endorsement.