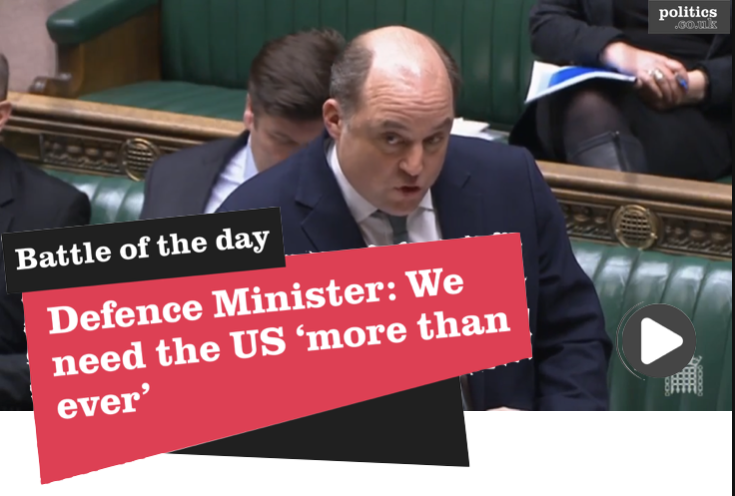 Defence Minister: We need the US ‘more than ever’

As concerns of a Russian invasion of Ukraine increase, the Defence Minister, Ben Wallace, faced questions in the House of Commons.

The shadow defence minister, John Healey said that Labour “welcomed” the doubling of UK troops in Estonia, but raised concerns that this was simply a case of “rotation” rather than “reinforcement”.

Wallace admitted that troop numbers were “scheduled to reduce”, but highlighted that “spending on defence is going up to a record amount”.

The Speaker of the House of Representatives, Nancy Pelosi, was in the House during these questions, and the defence minister took the opportunity to make clear that the UK needs the US “more than ever”.