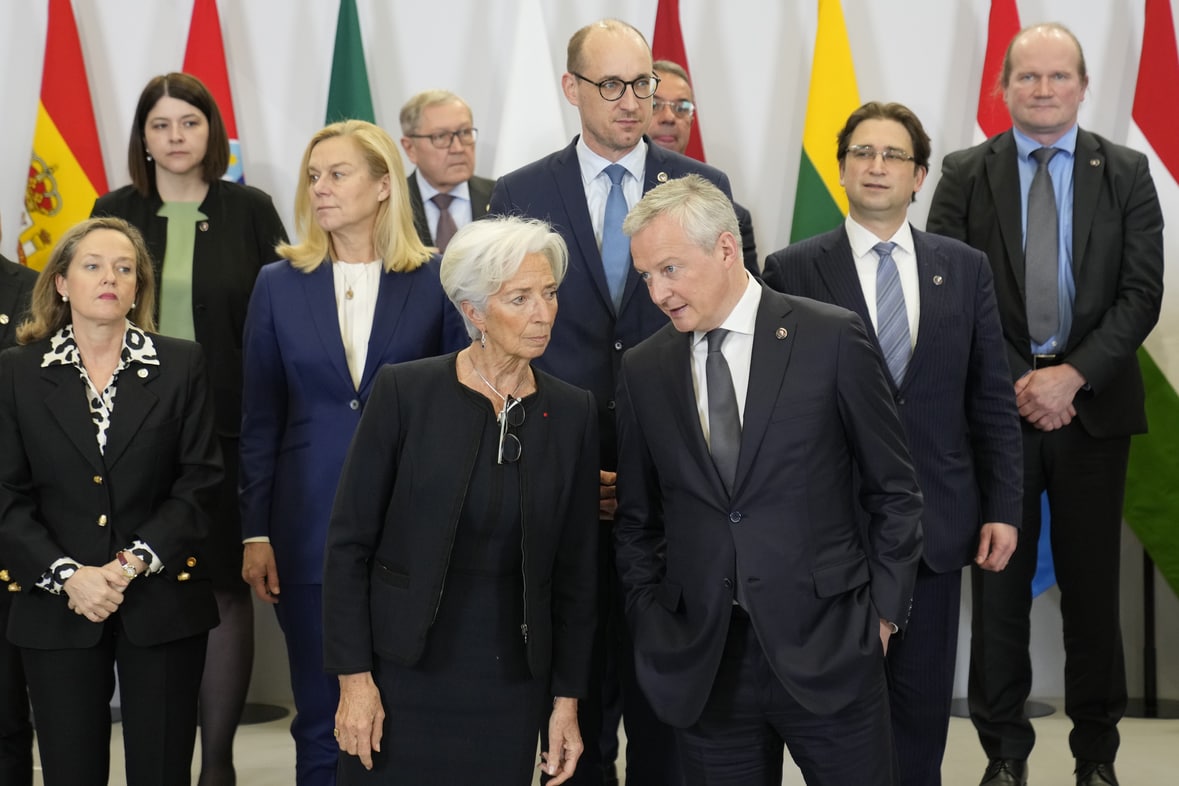 Is this going to hurt? How sanctions on Russia could prove a mixed bag

On Monday evening Russian president Vladimir Putin ordered tanks across the border into the Donetsk and Luhansk regions of eastern Ukraine where Russian proxies have been active since 2014. It came after that afternoon’s official Russian recognition of the provinces as independent from Ukraine, following a State Duma vote.

As dawn broke on Thursday, Putin instructed Russian troops to launch a full-scale invasion of its neighbour.

With Nato leaders firmly having placed military action off the table, the main lever remaining for targeting Putin and his regime are economic sanctions. While some sanctions have now been announced, the extent to which they could abate Russia’s plans is debatable, and various national priorities are already at play in seeking to limit them.

Following the Russian advance in Ukraine’s eastern Donbas region on Monday, the UK announced restrictions on the sale of Russian debt. The freezing of assets of three Russian oligarchs and their families also went ahead, though all three had been on US sanctions lists since 2018.

In a televised address midday Thursday,  British prime minister Boris Johnson hinted at an escalation of sanctions, saying that: “Today, in concert with our allies, we will agree a massive package of economic sanctions designed in time to hobble the Russian economy.”

Addressing MPs on Thursday, Johnson outlined further details. In total, 100 individuals, entities and subsidiaries will now face asset freezes, including most major Russian banks, and there Russian firms will be barred from taking on debt.

Flights from Russia’s largest airline Aeroflot– which was poised to strike a £40 million sponsorship deal with Manchester United- will be banned. The foreign office says these moves will help “squeeze the life out of the Russian economy” long-term insurgency. No instant reduction in hostilities can be expected.

Other measures include the suspension of dual (both civilian and military)  export licences for military parts. High tech exports will also be barred, and bank deposits made by Russian nationals will be capped. A bill on economic crime was also forwarded, which the government says will crack down on “unexplained wealth,” including that of UK-based Russian oligarchs.

The US was the first country to hit back at Russia’s extensive incursions into Ukraine on Monday, by halting  investment, trade and financing of the self-proclaimed republics of Luhansk and Donetsk in Ukraine’s eastern Donbas region, and invoking the right to sanction individuals found to be operating there.

US president Joe Biden then rolled out sanctions on Russian-state backed Promsvyazbank and against Russia’s sovereign debt, but has so far failed to sanction any state-owned Russian commercial banks.

So far sanctions on less than a handful individuals and their relatives have also been minimal.

Ahead of this week’s further talks with Nato allies, Biden has warned that Vladimir Putin has “never seen sanctions like the ones I promised will be imposed”.

Yet, that one senior U.S. State Department official told Reuters on Thursday that any fresh sanctions will not target the Russian energy market, Biden’s previously tough comments are being brought into question.

When quizzed yesterday evening about the possibility of removing Russia from SWIFT, Biden stressed that it was  “not the position that the rest of Europe wishes to take”—meanwhile the US remains openly ambivalent regarding the issue, with suggestions that Washington fears such a move would place the US dollar at risk by prompting Russia and China to kickstart a rival payment system.

On Tuesday Germany announced their shock decision to freeze permissions for Nord Stream 2,  describing the situation as “fundamentally different,” since Monday’s incursions.

Completed in 2021, the undersea pipeline was constructed for the purpose of transferring an annual 110 billion cubic metres of gas from Russia to Germany each year- bypassing the existing pipeline that traverses Ukraine.

While there are only around six weeks of winter weather remaining, and the pipeline was never expected to be operational until the closing months of 2022 at the earliest, Germany’s long-term reliance on Russian gas puts it in a weak position for the foreseeable future.

While reports suggest the US has vowed Germany will be able to accelerate its supply of Qatari gas, it currently lacks any liquefied natural gas  (LNG) ports to permit this transfer. Meanwhile, Russia continues to provide 85 per cent of Germany’s gas imports.

The EU has already agreed to slam travel bans and seize the assets of 27 individuals and entities they have categorised as complicit in “undermining Ukrainian sovereignty”, including Russia’s defence minister, Sergei Shoigu, and several Russian military. The 351 members of Russia’s parliament (Duma) who on Monday voted to approve the country’s recognition of Luhansk and Donetsk.

EU foreign ministers have agreed sanctions to target banks financing military operations, including the now US and UK sanctioned Promsvyazbank.

On Thursday night a slew of fresh measures were confirmed, including a freeze on Russian assets in the bloc, blocking Russian banks’ access to European financial markets and introducing export controls. Imports of oil and gas- Russia’s revenues for which totalled 9.1 trillion roubles ($119 billion) in 2021- are not set to be sanctioned.

As in the US, removing Russia from the SWIFT system has been ruled out for now, while Russian President Vladimir Putin himself will also avoid any personal sanctions,

Italian Prime Minister Mario Draghi said last week that any EU sanctions on Russia should not include energy, even in the event of a full-scale invasion of Ukraine.

Like Germany, Italy is heavily reliant on gas, 90 per cent of which it imports,  with Russia being a key supplier.

However, despite its protests, Italy’s heavy reliance on EU funding makes any protest against general EU sanction regimes unlikely unless commercial exceptions are also made for other nations.

Both Belgian and Italian officials have expressed wishes that luxury goods remain an exception in any list of sanctions, given the economic benefits they gain from Russian trade.

There have been reports today that both countries have been successful in carving out these exceptions.

Hungary’s prime minister Viktor Orbán has also proved a tricky element in this mix. In January he took a diplomatic visit to Moscow, during which he stood by as Putin blasted Hungary and 13 other Central and Southeast European nations’ decision to join Nato. His foreign minister Peter Szijjarto even told Euronews that the government didn’t “even want to think about” new Russian sanctions, describing the previous ones as a failure.

Poland, which, alongside fellow Nato members Slovakia, Hungary and Romania, shares a land border with Ukraine, has openly pushed for more punitive strikes against Russia and has also approved new plans to increase military spending.

No Nato or EU members have publicly stated that they would be willing to deploy troops in Ukraine.

The EU and its allies in Nato yet to suggest sanctions could be rolled out against Russia’s lucrative energy industry. While this could guard Europe from an even more dramatic spike in energy prices witnessed over this winter period, it also protects Russia from the most damaging sanction packages at the West’s disposal.

The likelihood of sanctions pressuring Russia into a retreat is incredibly unlikely.

Not only has Putin already launched the invasion-meaning a retreat would mean significant loss of face for him within Russia’s elite-he has spent the years following from the 2014 crisis during itself up in the event of further hostilities.

Russia already has 630 billion in foreign currency reserves, a 75 per cent jump since 2015.

The cost of some of Russia’s key exports have jumped. Oil is up to $100 per barrel and wheat prices have rocketed by 20 per cent.

With a state budget also scheduled to continue to break even, the impact of any sanctions will likely resemble a long-term financial war of attrition.

As it stands, Russia’s is set to remain stable while the west scrambles for an agreed upon financial reaction to the invasion, which may be far less consequential than those western leaders have previously suggested.