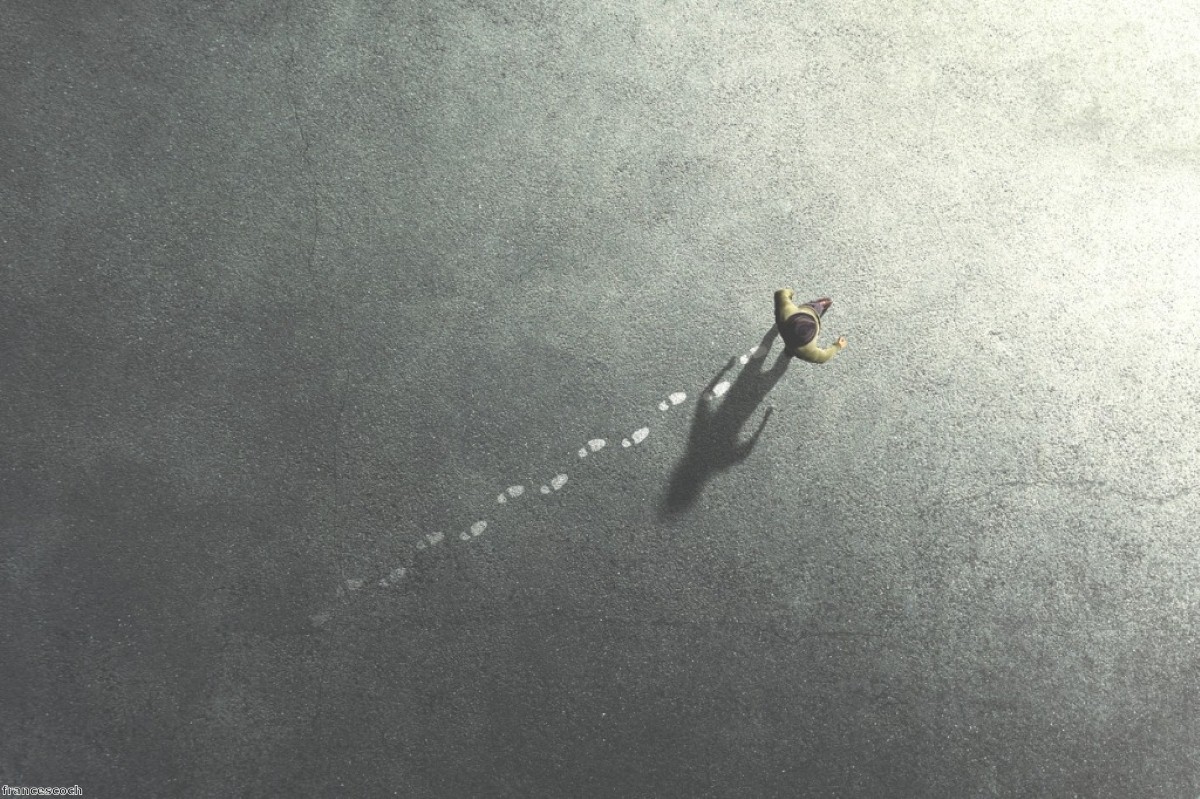 "We feel the government has totally forgotten us," Samira tells me over Zoom. "As a woman seeking asylum, the government gives me £37.85 a week. We thought in the crisis they would ease that. They haven't. And we are scared. Are they going to cut us out of the system? Before we have had a chance to settle here?"

Samira and her two children fled a violent home for the UK three years ago. She's not alone: according to research from Women for Refugee Women, 75% of women seeking asylum have experienced gender-based violence before arriving in the UK.

Life has never been easy for people seeking asylum in Britain. The government provides them with just over £5 a day to live on. They are not allowed to work, and restrictions exist on everything from accessing healthcare to driving licenses. But since the coronavirus outbreak, life has become even harder.

This is, in part, because of the rising cost of living under lockdown. While the government has increased some state benefits, the support for people seeking asylum remains static. When home secretary Priti Patel was asked about improving the support they receive in line with increases to Universal Credit, she said she had seen "no evidence" that asylum seekers were struggling to make ends meet on the current rate. Sandhya Sharma, from the migrant support NGO Safety4Sisters, found this "absolutely unbelievable".

The impact of having to survive on so little was severe enough as it was, according to Zoe Gardner, policy adviser at the Joint Council for Welfare of Immigrants. In a pandemic "it is all the more vital that people are able to purchase hygiene products and aren't forced to rely on charity". People seeking asylum, she says, "are no less in need of an increase in their support rate than other people made vulnerable by this crisis who rely on other forms of social security".

Then there's the psychological impact of living in lockdown. For Samira, the process of first being told by the Home Office what she can and can't do, and now being trapped at home because of the crisis, has triggered painful flashbacks of life with her abuser.

"It feels like being in the relationship with my husband again," she says. During her marriage she was often confined to one room. "You can't wear this. You can't do that. This lockdown has brought back all these memories. I can't sleep, I have panic attacks. When I do sleep I have nightmares."

Lockdown has also shut the doors of the support network of Safety4Sisters, which Samira relies on to process her experiences of abuse, as well as for practical and financial assistance.

Safety4Sisters has moved its services online in response to the crisis, and while Samira admits that "it's nice to talk over Zoom" she misses "talking to a real person, sharing a meal and chatting nonsense". The group is providing some financial support and fun activities, but the loss of human contact, a hot meal and a bus pass is taking its toll. The asylum system already restricts women's movements. Now lockdown has taken one of Samira's few precious freedoms away.

The closure of face-to-face services is also a worry for Elizabeth Jimenéz-Yáñez, policy co-ordinator at the Latin American Women's Rights Service (LAWRS). "We are known among our service users by word of mouth," she explains. She's concerned that government efforts to signpost vulnerable women to services exclude the migrant women her organisation supports, who find it "very difficult to contact mainstream services due to the language barrier, and the need for a culturally sensitive approach to the issues they’re facing".

Jimenéz-Yáñez and her team are "seeing more cases of violence, and the cases we had before are made more complex by lockdown". Worryingly, women whose situations "were getting better, cases which were about to be closed, are now coming back to us".

Lockdown is exacerbating the issues migrant women already experienced, she says, including "perpetrators using the immigration status of women to threaten them with deportation in order for them not to report. Imagine now being in the same room with your perpetrator and not being able to leave the house, and they threaten you with this." The violence is also "getting harder to contain. Women can't go to work, they can't take their children to school, they are in lockdown with their partners."

A report published by the Women's Budget Group in May 2020 reflects the experiences of Samira, Sharma, and Jimenéz-Yáñez. It found there was no safety net for migrant women in this crisis. They have no recourse to public funds and public services like housing and refuges are closed off.

"Migrant women are denied access to safety, justice, and support," Jimenéz-Yáñez says. "Because the government has put immigration control above women's safety."

The crisis has added momentum to the growing movement to scrap the no-recourse-to-public-funds rule. MPs of all political stripes used the second reading of the domestic abuse bill to call for guarantees of support for migrant women. Labour's Abena Oppong-Asare, who spoke in the debate, told Politics.co.uk that "the domestic abuse bill should extend eligibility for the existing domestic violence rule, to ensure all victims, despite their immigration status can access refuge spaces, financial support and housing".

Amendments to the bill will be welcome, but women like Samira need immediate help to meet the emotional, practical and financial challenges caused by the coronavirus crisis right now – including increased cash support. And while the government's announcement of an additional £28 million to support domestic abuse survivors is welcome, none of it is ring-fenced for specialist organisations like Safety4Sisters and LAWRS who work with migrant women.

"We know that when lockdown lifts, a lot of women will be coming to our services," Jimenéz-Yáñez explains. "And we don't have anything from the government. There haven't been any emergency plans and there is no clear information about how funding is going to be distributed."

Sharma believes this crisis has to be the catalyst for change. "We are utterly appalled that migrant women's needs are so far down the pecking order that they have not even been thought of – in the midst of a global health pandemic this is unconscionable. Every single person will be remembered for what you do during this time. People will be remembered for how they treated people and what they said, and what they didn't say."

"We have made protecting all victims of domestic abuse a priority during these difficult times, including announcing over £28m to support victims of these awful crimes during this pandemic. We are reviewing the level of the cash allowance [to asylum seekers], as we do every year as part of normal business, and we are taking coronavirus factors into consideration."