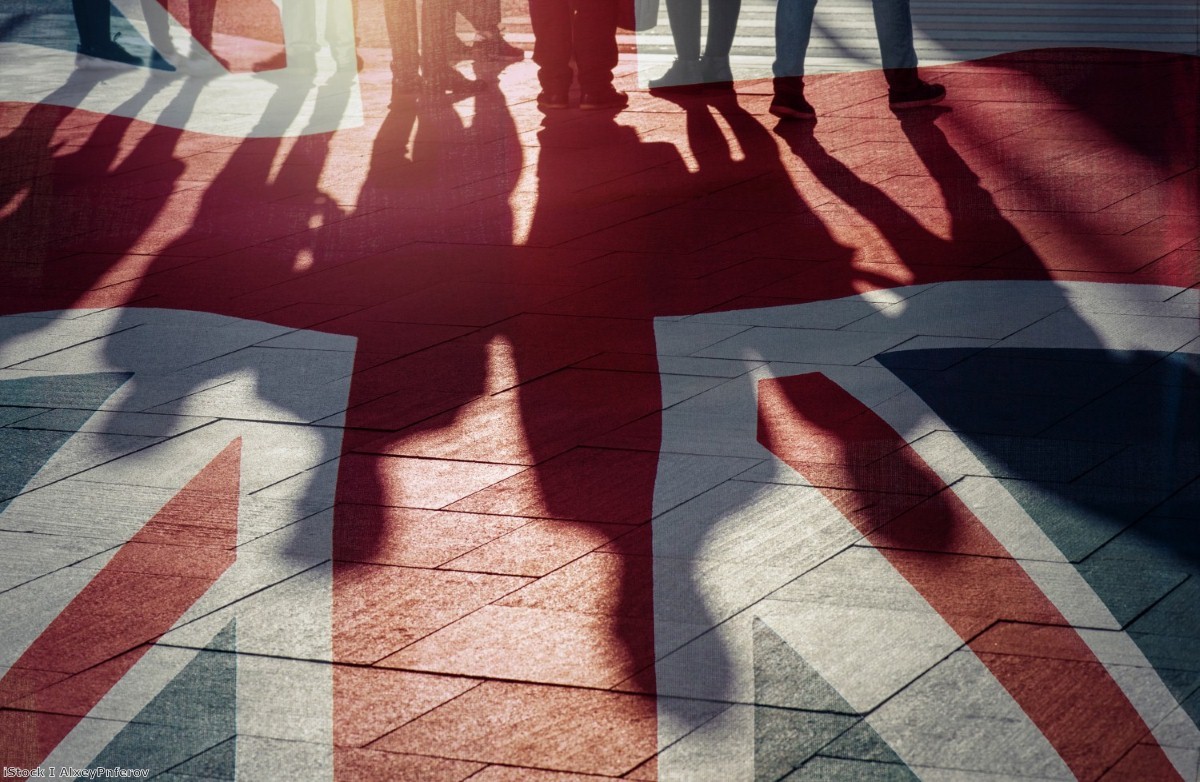 Scruton is part of an intellectual culture giving respectability to racism

Immigrants "come as the heads of families, and even if the family might comprise four wives and twenty children, it arrives to a red carpet of legal privileges, eagerly unrolled by publicly funded lawyers, and to a welcome trough of welfare benefits that few indigenous citizens can claim, however much they have contributed to the common fund…The stock of 'social housing' once reserved for the indigenous poor is now almost entirely occupied by people whose language, customs, and culture mark them out as foreigners. It is not 'racist' to draw attention to this kind of fact."

These fabrications hardly need debunking, but for what it's worth, only one in 20 of those occupying social housing in the UK were foreign nationals when this was written. New migrants, then and now, have far fewer right to benefits than 'indigenous' citizens. The claim that 'it's not racist' to publish such inflammatory nonsense is just the icing on the cake.

Not exactly the sort of rhetoric we'd expect from a distinguished philosopher. But that passage was written, in 2006, by Sir Roger Scruton – recently appointed, then dismissed, as chair of a government advisory committee on the 'built environment'.  Nor were these off-the-cuff remarks taken out of context, as Scruton claims is the case with his recent views in the New Statesman. They were a published essay, subsequently republished, presumably with his permission, in the Roger Scruton reader, which is still in print.

That Scruton mixes his philosophical musings with tabloid-level ignorance and straightforward falsity is no surprise, perhaps, to anyone who knows his record, although it does make you wonder what on earth possessed communities secretary James Brokenshire to appoint him.

But Scruton's essay, from which this passage was taken, reveals more than that. Entitled 'Should he have spoken?', it's a defence, of sorts, of Enoch Powell's Rivers of Blood speech.

The direct political peg for Powell's speech was his opposition to the 1968 Race Relations Act, which outlawed direct discrimination in housing or employment, as exemplified by signs saying 'No blacks, no dogs, no Irish'.

The speech itself has three essential components. First, overt racism ("In this country, in 15 years the black man will have the whip hand over the white man").  Second, to partially conceal the first, windy classical allusions ("Like the Roman, I seem to see the Tiber foaming with much blood"). Third, and most importantly in retrospect, the argument that immigrant integration was impossible (a "ludicrous misconception").

Scruton's essay mirrors this. He matches Powell's classicism – tediously in my view, which presumably makes me a Philistine. He dismisses, without analysis, any suggestion that Powell was racist. But, the final point – whether it is possible for immigrants and their children to integrate – is perhaps the most important. Here, his position is perhaps even more extreme.  Not only is immigrant integration very difficult, but, in the case of Muslims at least, it is logically impossible, even for the British-born children of immigrants.

"Like the White Queen in Through the Looking Glass, they [liberal politicians] practiced the art of believing six impossible propositions before breakfast, including the proposition that pious Muslims from the hinterlands of Asia would produce children loyal to a secular European state."

But why should we care today, in 2019, about whether an elderly reactionary with strong views on aesthetics chairs a largely toothless body advising on architecture? No-one is claiming Sir Roger goes around assaulting women wearing hijabs, or even abusing ethnic minorities on Twitter.

Sadly, intellectual, political and street-level bigotry are inseparable, both in theory and practice. Just as there was a direct link from Powell's rhetoric to the rise of the National Front in the late 1960s, Scruton's writings from the 2000s could have come straight from the BNP manifesto of the time, and legitimised those who made such claims. The same spectrum exists today, between Scruton's defenders in the Spectator and Telegraph and Tommy Robinson and the newly-radicalised Ukip.

The most obvious example of this comes from Spectator associate editor Douglas Murray, who claims – very much like Powell and Scruton – that "Europe is committing suicide" by allowing Muslim immigration. His recent book, The Strange Death of Europe, is essentially an intellectual version of the 'great replacement' conspiracy theory advocated by white nationalists here and the US – that liberal elites are plotting the demographic transformation of Western societies.

Unsurprisingly, therefore, Murray shares Scruton's views that immigrants and their children  – if they're not white – can't 'really' be British.  He warns of "white Britons" becoming a minority in "their own capital city" and claims London has become a "foreign country".  So black, Asian and mixed-race Brits – no matter if they're born here – seem under this view to be foreigners, and London isn't 'their' capital.  Using not just similar but near-identical language, here's Generation Identity, a far-right movement linked to the Christchurch massacre, arguing: "London is now less than 50% white British. It is not healthy for the native population to be a minority in their own capital."

Similarly, Tory MEP Daniel Hannan, who shares Scruton's admiration for Powell, describing him as his "political hero", has long since ditched any pretences to be a liberal, and is now happy to ally himself with xenophobic groupings on the hard right across Europe.

With the exception of Murray, the other defenders of Scruton, including Hannan but also ranging from Toby Young to Niall Ferguson, tend not to directly endorse Scruton's actual views, but – amusingly, given their criticism of the New Statesman – to use selective and misleading quotations to defend him. This is mostly because they see it as a culture war in which Scruton is on their side, and therefore to be defended at all costs. Ferguson's recent, unintentionally hilarious, call for all academics to pledge the unconditional defence of any academic accused of racism or, even, on a close reading, sexual harassment, makes this explicit.

What, then, is the appropriate response of those of us who are genuine liberals (unlike fake 'classical liberals' on Twitter), but who understand the direct links between the views of Scruton and Murray and those of Tommy Robinson and Gerard Batten, and the role of the former in legitimising the latter?  I certainly don't think the Spectator or anyone else should be banned from providing a platform for those who provide the intellectual justification for white supremacists, or even offer an open endorsement of a neo-Nazi party.

Equally, however, choosing to do so is an explicit ideological choice, and choices have consequences – moral and practical.  We can accept that Scruton, Murray and all the rest have the right, within the law, to express these views, but make clear that we are not obliged to tolerate it in those who wish to be considered for government jobs, or as an acceptable way to frame difficult debates about immigration, integration and identity. In the words of John Major, sometimes "society needs to condemn a little more and understand a little less".

Jonathan Portes is professor of Economics and Public Policy at King's College London and senior fellow at UK in a Changing Europe. His forthcoming book on immigration to the UK is published by Sage.