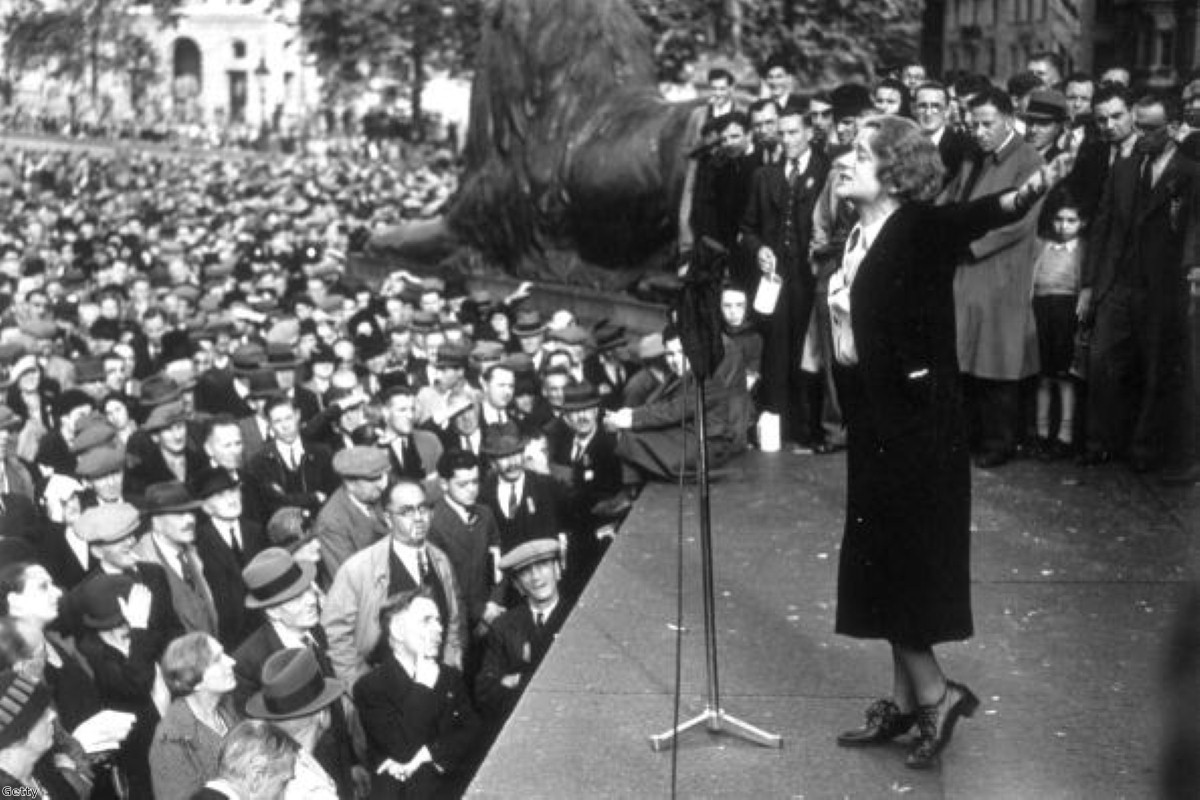 "Pioneers may be picturesque figures, but they are often rather lonely ones," observed Nancy Astor, the first woman to sit in the House of Commons. Today, almost 100 years on from her election, women still form a lonely minority in Parliament and largely remain in the pioneer stages of power. To date, a grand total of 370 women have become MPs in the UK – a figure dwarfed by the 502 men MPs, who sit on the green benches of this parliament alone. Until quite recently there were more men called 'David' than there were women in Cameron's cabinet.

So perhaps it is not surprising that an important new book about women in Parliament has been overlooked so far in the pre-election debate. 'Parliamentary Pioneers: Labour Women MPs 1918-1945', written by the Labour MEP, Mary Honeyball, paints a fascinating portrait of political trailblazers – from Margaret Bondfield to Stella Creasy – who have much to teach the wannabe politicians of today.

The tale begins with Bondfield, Susan Lawrence and Dorothy Jewson who were the first Labour women to win election to the House of Commons, in 1923. While Lawrence and Jewson came from affluent backgrounds – Lawrence was inspired to go into politics by the plight of her parent's cleaners- Bondfield was the eleventh child of twelve, born to a Somerset weaver.

Inheriting a strong sense of social justice from her father, it was whilst working as a shop girl in London that Bondfield became politicised. Appalled by the long hours, low wages and poor diet of her fellow workers, she joined the trade union movement, becoming a vigorous campaigner for adult suffrage. She went on to become Britain's first female cabinet minister, appointed minister of Labour to Ramsay Macdonald’s government, in 1929.

Honeyball argues persuasively that these early Labour women saw themselves as socialists first and feminists second, and skilfully describes the enormous prejudice they overcame, on both counts. Ellen Wilkinson, the firebrand daughter of a worker in a textile factory, was elected in 1924 and singled out for abuse by the newspapers. 'Till quite recently the only spinster in the House of Commons,' declared one report in The Daily News, 'Wilkinson has red hair and very Red opinions. The question arises whether celibacy has the same effect on women in politics as that which exercises on public men.'

Wilkinson became a national figure in 1936 as MP for Jarrow, when she led a march of the town’s unemployed to London, petitioning for the right to work. Appointed parliamentary secretary for pensions by Winston Churchill, in the coalition government of 1940, she went on to become minister for Education in the landmark Attlee government of 1945, introducing free milk for schoolchildren and raising the school leaving age. Although Honeyball breaks off her tale with the historic landslide that swept Attlee into Downing Street in 1945, along the way she explores the battle for birth control, as well as the finer points of woman’s suffrage.

Matters are brought up to date in an interesting postscript, comprising interviews with two of the leading lights of the current Labour party, Harriet Harman and Stella Creasy. First elected in 1982, when only three percent of MPs were women, Harman entertains in reminiscence of Labour leader Michael Foot. Addressing the Labour Women’s Conference, she recalls, Foot managed to deliver a 40 minute oration without once noticing the audience before him. 'He delivered the whole speech, which was intellectually extraordinary, without mentioning any women.' says Harman. 'It was like, "Err, hello Michael, this is a women’s conference, there are 300 women sitting here…"

Harman also describes how difficult it was to combine motherhood with a political career, telling how she was once reported, under the 'I Spy Strangers' rule, of attempting to smuggle her newborn baby into Parliament under her coat. "Today with more women in Parliament having babies you get to share experiences," says Harman, explaining that she wasn't hiding anything under her coat, other than a little extra baby-weight. "I had nobody to talk to and had to work it all out myself."

The MP for Walthamstow, Stella Creasy, is more strident in her criticism of Parliament today. Elected in 2010, Creasy says inequality is still rife in contemporary politics. Dubbing the House of Commons, 'Hogwarts gone wrong', Creasy laments that she is often referred to as a 'girl' at the age of 40, was criticised by a journalist for wearing a vinyl skirt to work, and routinely gets dismissed as ‘emotional’ in parliamentary debates.

While Honeyball’s book is a timely reminder of how far women have come, it does not shy away from admitting how far there is to go. Earlier this month, the Electoral Reform Society predicted that, if current polling is borne out, as many as 192 women MPs may be elected to the House of Commons in May. As cheering as this figure might sound, at the present rate of increase, it could take another 100 years again, before we achieve an equal balance of men and women in positions of political power.

Emily Hill is a writer based in London. You can follow her on @3milyhill or at 3millyhill.com