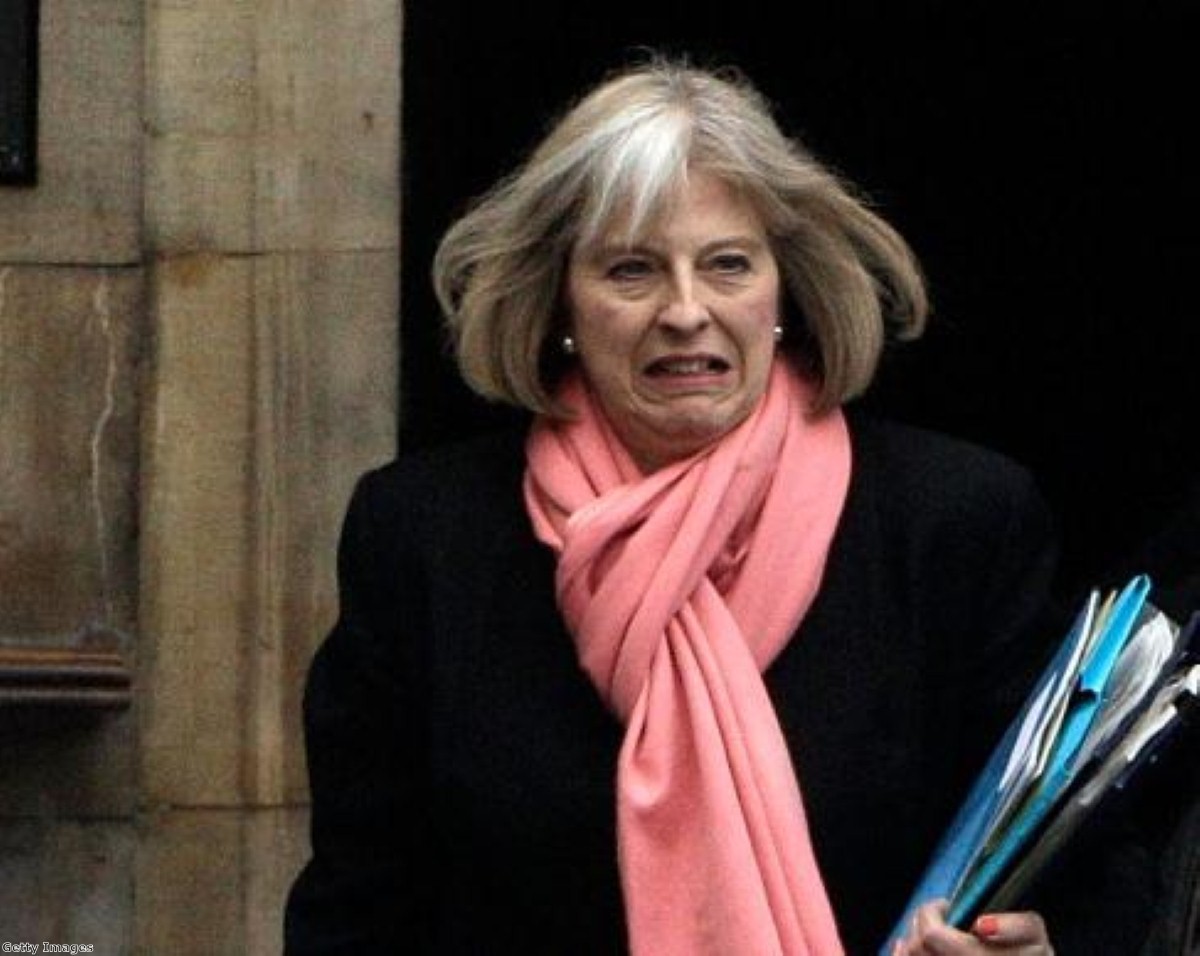 The Home Office is refusing to publish details of how much Theresa May has spent on legal battles, despite evidence the total sum runs up to several million pounds.

Responding to a freedom of information request from campaign group Brit Cits, the Home Office claimed that calculating how much it spent on legal battles since 2010 would be "disproportionately" expensive.

But the decision means the public has no access to clear information about how much May's various legal battles are costing the taxpayer, not just in terms of legal fees but also including compensation paid out after unsuccessful cases.

"It's important that organisations are open and transparent, and expensive legal battles whose costs are hidden should concern taxpayers," TaxPayers' Alliance director John O'Connell commented.

The Home Office's own accounting report for 2012/13 suggests the department is shelling out millions of pounds on legal battles, although the data available is disorganised and incomplete.

The department admitted it faced a £8.9 million liability for cases of unlawful detention against the UK Border Agency (UKBA).

It was also expecting to pay out £37.5 million in a dispute between UKBA and five former accommodation providers for asylum support contracts.

A further £21.2 million was earmarked for outstanding cases in which UKBA changes to immigration rules had a negative impact on institutions.

One lost immigration appeals tribunal case alone cost the Home Office £1 million once the fees for its appeal had been taken into account.

It also paid out £624,000 in adverse legal costs and £103,000 in compensation payments after UKBA removals were successfully challenged by two families.

A further £405,000 adverse legal cost and £122,000 compensation over two years were paid out in relation to unlawful detention cases.

There were also charges for £713,000 in claimant legal costs borne by the Home Office in a special payments category.

But these financial liabilities only account for those cases which the Home Office thought it had a greater than 50% chance of winning, suggesting there may be even larger costs elsewhere .

The figures are not precise because legal costs are included under 'professional fees' in Home Office accounts.

The accounts document also provides little information about the cost of the headline-grabbing legal battles undertaken by the home secretary since she accepted the post in 2010.

May has proved a highly litigious secretary of state, as she pursues various test cases on human rights law in Europe and at home.

The five judges singled out May for criticism, saying that if she had paid more attention to her own guidance she would have realised the "fallacy" of her appeal.

The power to strip British citizenship from individuals has been used 37 times in the last three years, compared to just five times in seven years under Labour.

In January, the Home Office appealed to the Supreme Court after it lost an earlier appeal on whether every conviction a person had needed to be disclosed when applying for a new job, regardless of how relevant it was.

May's decision to appeal, which was criticised as a waste of taxpayers' money in legal quarters, came despite the judges hearing from legal teams in three separate cases.

May was also accused of wasting public money in 2012, after she tried to ban Sheikh Raed Salah from the UK.

The Palestinian activist walked into Britain anyway, despite the ban, and later won an estimated £5,000 in compensation from the high court for later being detained without being told why.

An upper immigration tribunal ruling said his legal case "succeeds on all grounds". He then returned to Israel.

The high court also ruled against the home secretary over her decision to deport a former serving British soldier to Botswana because of a speeding ticket.

Sapper Poloko Hiri had his application for citizenship refused by UKBA because the single speeding offence, for which he was fined £100, was considered sufficient evidence of bad character.

He said he feared lengthy imprisonment in Botswana because its Foreign Enlistment Act makes it a criminal offence to serve in the military of another country, but he was rejected for citizenship and sought a judicial review.

"This was not an adequate assessment of the claimant's character, as required by law," Mrs Justice Lang found.

"No references were sought from his employer, or his personal referees, and there was no interview with the claimant."

May has faced several costly legal battles over a home Office policy which only allows British citizens to bring their non-European spouse to live with them if they earn over £18,600.

The supreme court struck down an attempt to introduce the substantive immigration requirements through the back door of guidance or instructions, rather than in the immigration rules themselves.

Legal analysts predicted that there would be a tidal wave of legal challenges to the new rules due to the ruling.

A separate judicial review is also currently ongoing which challenges the minimum income threshold required of applicants for the visa.

A Home Office spokesperson said: "The Home Office’s annual report and accounts are published each year and detail the spending of the departments and its agencies. Legal costs are included in this report."