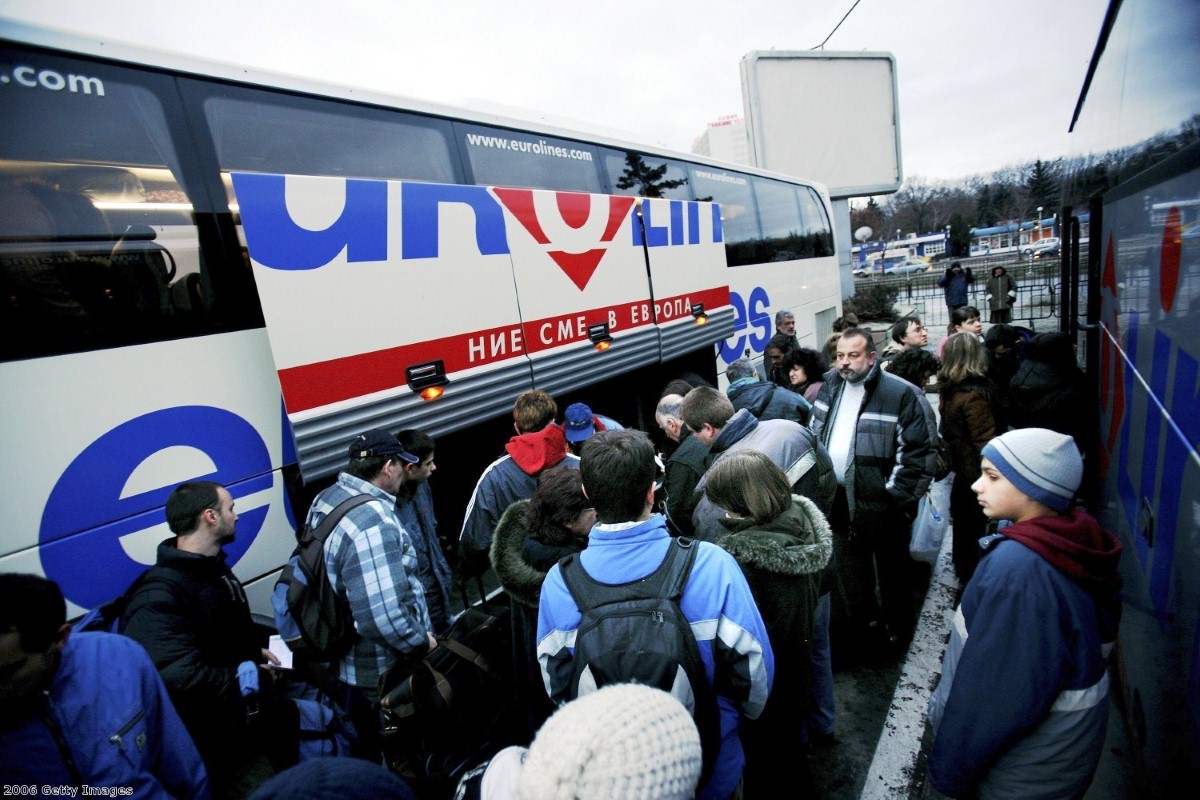 Airlines report no surge in migrants from Romania and Bulgaria

Fears that Bulgarians and Romanians would flood into the UK when work restrictions were lifted at the start of the year have proved unfounded, after airlines and coach companies found no increase in traffic from the two countries.

Pressure group Migration Matters asked ten airlines and coach companies serving the two countries, whether they had seen any evidence of a surge in numbers.

Six airlines and three coach companies all replied that they had seen none.

One airline, Air Bulgaria did not respond to the survey. No company reported any increase in passengers.

Migration Matters said their findings called into question the credibility of groups like anti-immigration pressure group Migration Watch that had predicted a huge new wave of migration from the two countries.

"The anti-immigration lobby were telling us that from 1 January vast numbers of new migrants would be arriving every week from Romania and Bulgaria," Migration Matters chair Barbara Roche told Politics.co.uk

"Those predictions have turned out to be utterly wrong.

"This now raises series issues over the credibility of organisations such as Migration Watch and UKIP who were predicting a massive influx of new migrants.

"They now have to explain how it is their estimates have proved so hopelessly inaccurate".

The findings come as the Daily Mail were forced to retract claims that flights and coaches from Bulgaria and Romania were "sold out" in advance of the restrictions being lifted.

The newspaper was accused of scaremongering after falsely claiming that airlines had doubled availability to deal with the demand, with some tickets going for as much as £3,000 each.

The report has now been amended with the following statement:

"Our reporters in Bucharest and Sofia were informed by travel agents and on websites within the countries that there was very limited availability on flights and buses to London at the start of the new year.

"We have since been made aware, however, that some readers were able to find a larger number of flights leaving Bucharest and Sofia at the beginning of January with availability, with fares starting from £122.

"We understand that some seats on buses bound for London were also available at the time.

"We are happy to clarify that some of the additional flights were put in place before January 1."