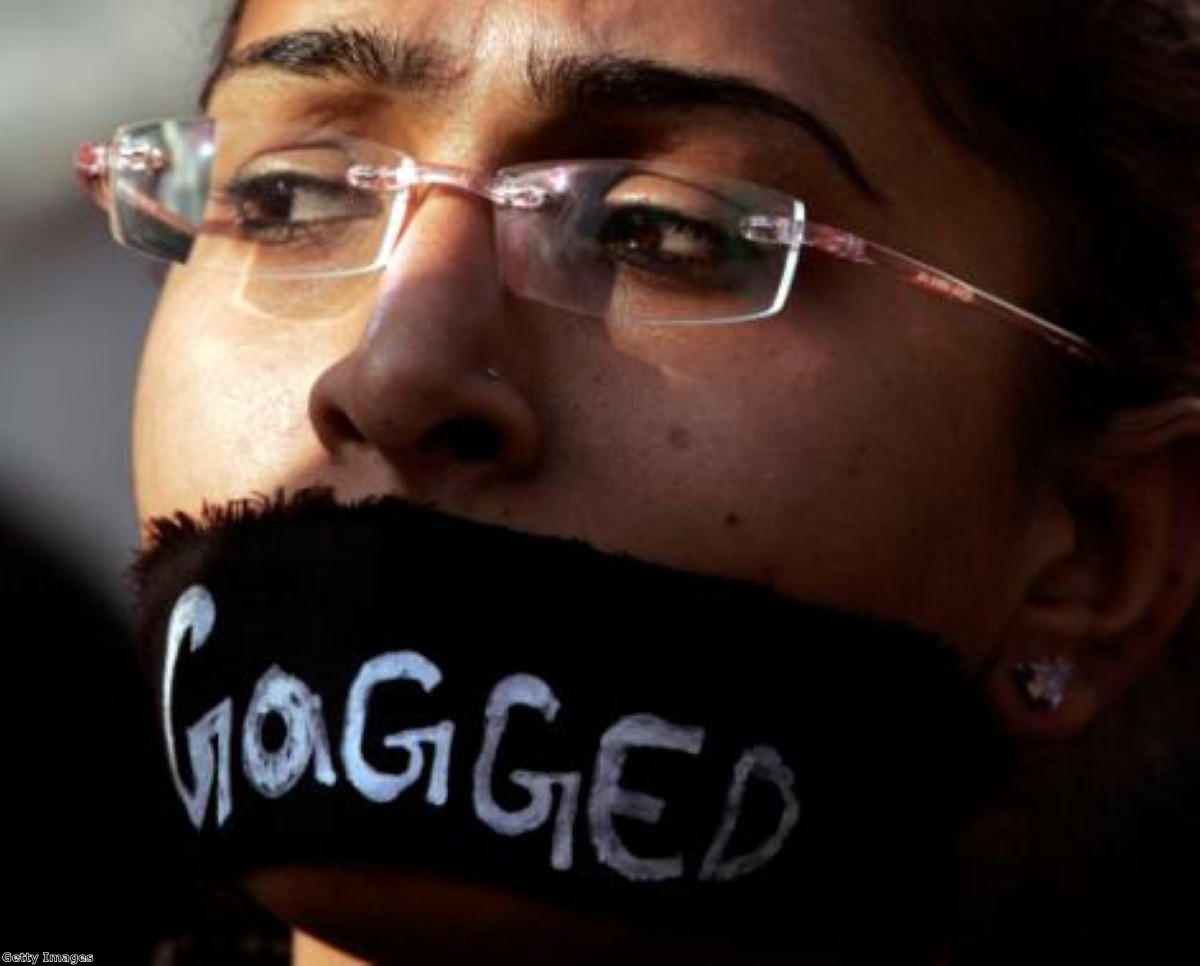 Limited rebellions saw the coalition's majority reduced to 32 and 40, ending frantic efforts by civil liberties campaigners to persuade backbenchers to challenge the government.

The votes mean the bill is now expected to return to the Lords next week. Peers are unlikely to repeat their defiance of the Commons' will following ministerial compromises which have left few satisfied.

Campaigners say the reforms will undermine Britain's democracy by making it harder for charities to campaign during election periods.

The bill is set to slash charities' spending limits by 60%, restrict their spending in individual constituencies to just £9,750 and force those involved in coalition campaigning to count all the coalition's spending as their own.

Campaign group 38 Degrees had attempted to mobilise its 2.2 million members into bombarding MPs with emails asking them not to reject the Lords amendments.

The group has targeted Lib Dem MPs like Tim Farron who had previously said they were unhappy with the legislation and would wait and see what changes were made by the Lords.

But when it came to the votes their efforts were not sufficient to prove decisive.

The changes proposed by the Lords would have meant only staff costs directly related to communicating with the electorate would be covered by spending limits.

Charities pointed out that, even with ten employees on a £20,000 salary, the £200,000 staff costs would significantly reduce their ability to conduct campaigns on the policy issues they care about.

A separate amendment, only passed in the Lords yesterday, attempted to narrow the scope of new constituency regulation.

Peers wanted to only count activity directly relating to campaigning in a single constituency, but the Commons voted down their amendment by 314 votes to 274, a majority of 40.

MPs were given a maximum of two hours to consider the amendments worked on by Lord Harries, who headed a commission which consulted on the legislation after the government failed to conduct any pre-legislative scrutiny.

"The gap between the deliberations in this House and the deliberations starting in the other place tomorrow are frankly ludicrous," Lib Dem peer Shirley Williams said in the Lords' third reading debate yesterday.

"They do not enable the other place to take into account the very careful and deliberate thoughts that have been given in this House, not least by the Right Reverend Lord Harries of Pentregarth and his very impressive Commission, which most people in here agree went in great detail into this bill, produced some excellent amendments.”

The feared 'chilling effect' on small charities has been largely addressed by government concessions during the bill's bruising passage through the Lords.

But voluntary sector insiders told Politics.co.uk "household names" like Oxfam, the Countryside Alliance and the League Against Cruel Sports would continue to be affected.

"MPs should understand government concessions thus far haven't really dealt with the issue and charities are still up in arms around it," the source said.

Ministers pledged to make further clarifications about which campaigning activity will be covered by the law after it is passed.

The source added: "We believe legitimate campaigning activity, not electioneering, would be caught by the law.

"Therefore we want to see restrictions in the law, so that it limits the impact it would have on legitimate democratic engagement by non-partisan groups whose campaigns are part of their charitable objective."

The government is getting round concerns that the Electoral Commission watchdog could be overwhelmed by work via the introduction of a 'Henry VIII' clause that gives ministers the power to change the legislation after it becomes law.

The controversial move has been criticised by Lord Harries' commission and prompted concerns from the Labour benches.

But ministers have pointed out their extra powers would not be permitted to change the fundamental principles of the bill and would only be used if the watchdog requests it.

An Electoral Commission source told Politics.co.uk the watchdog had abandoned its attempts to shape the bill and was already preparing guidance, working with the Charity Commission, to inform third-sector organisations of their reporting requirements under the new regime.