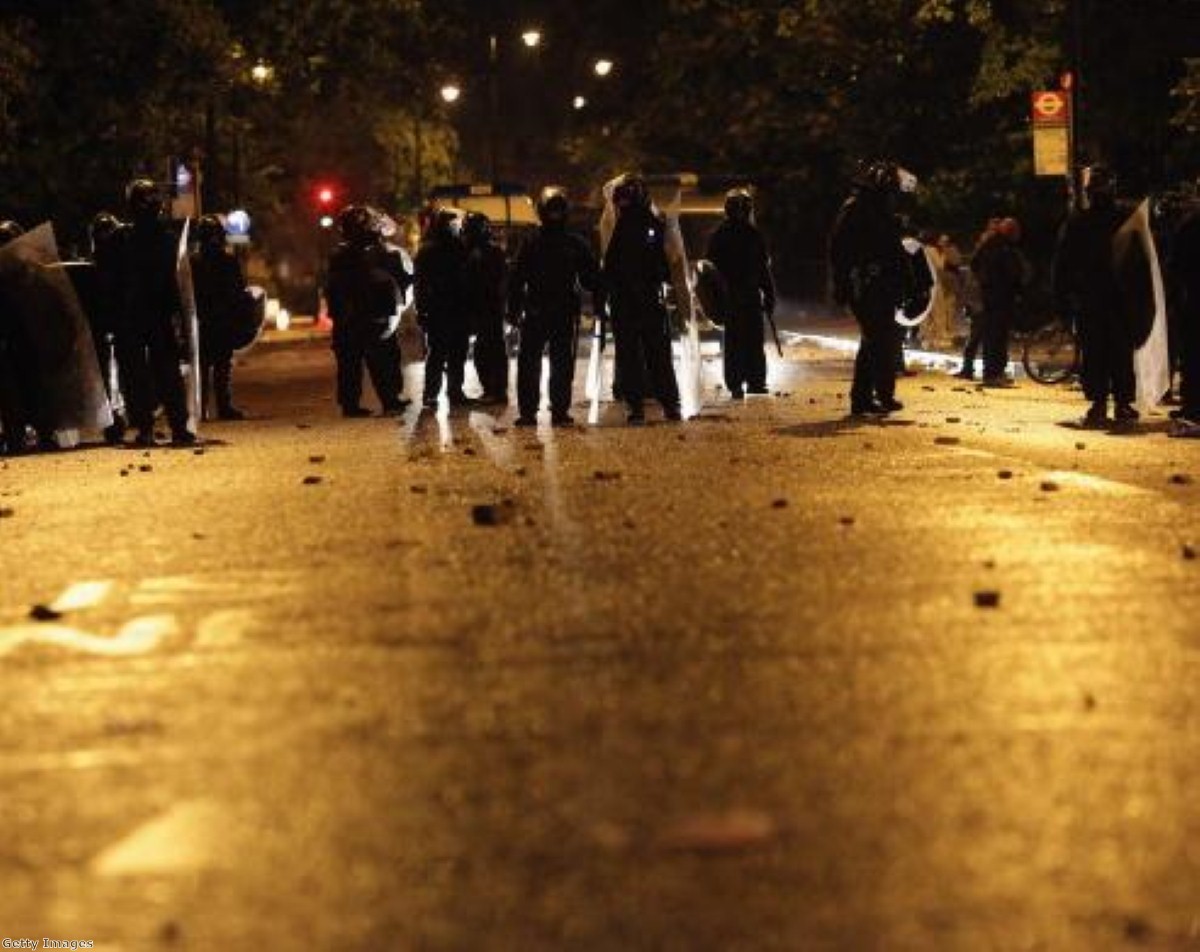 Britain is demanding answers after a second night of violence in London.

The Metropolitan police said it was "shocked" by the extent of the criminality. Fast-moving gangs roamed across the capital looting, carrying out acts of vandalism and attacking police officers.

Over 100 arrests were made last night and this morning, in addition to the 71 arrests made in the wake of Tottenham's violence on Saturday morning.

Last night's disorder was less intense than that seen in Tottenham, where a protest against the shooting of 29-year-old Mark Duggan suddenly turned violent when two police patrol cars were set on fire.

Instead the Met described Sunday night as "copycat criminal activity".

"This is a challenging situation with small pockets of violence, looting and disorder breaking out on a number of boroughs," Met Commander Christine Jones said last night.

"I, along with the vast majority of Londoners, condemn this mindless criminality. It serves no purpose and only results in the destruction of people's livelihoods and communities."

Initial reports of violence in Enfield were downplayed by local Tory MP Nick de Bois, who tweeted: "Thugs now at work in #Enfield clashes with police in one location. Not a riot, but serious disturbance."

The High Street was cordoned off after a police car was attacked and the HMV store was looted.

In Walthamstow, over 30 masked youths vandalised and looted a number of shops, including BHS. Violence continued through the night, with shops targeted in Waltham Forest.

In south London, a fire took hold at Footlocker on Brixton High Road. Kings College hospital staff found themselves dealing with stabbings after two rival gangs fought each other.

In Oxford Circus, the location of one of the tuition fee protests last year, around 50 youths gathered to damage property.

"The Met police have done a good job over the last two nights of containing violence perpetrated by a small minority of criminals who live within our society," Metropolitan Police Authority chair Kit Malthouse said.

"They will be found and brought to justice."