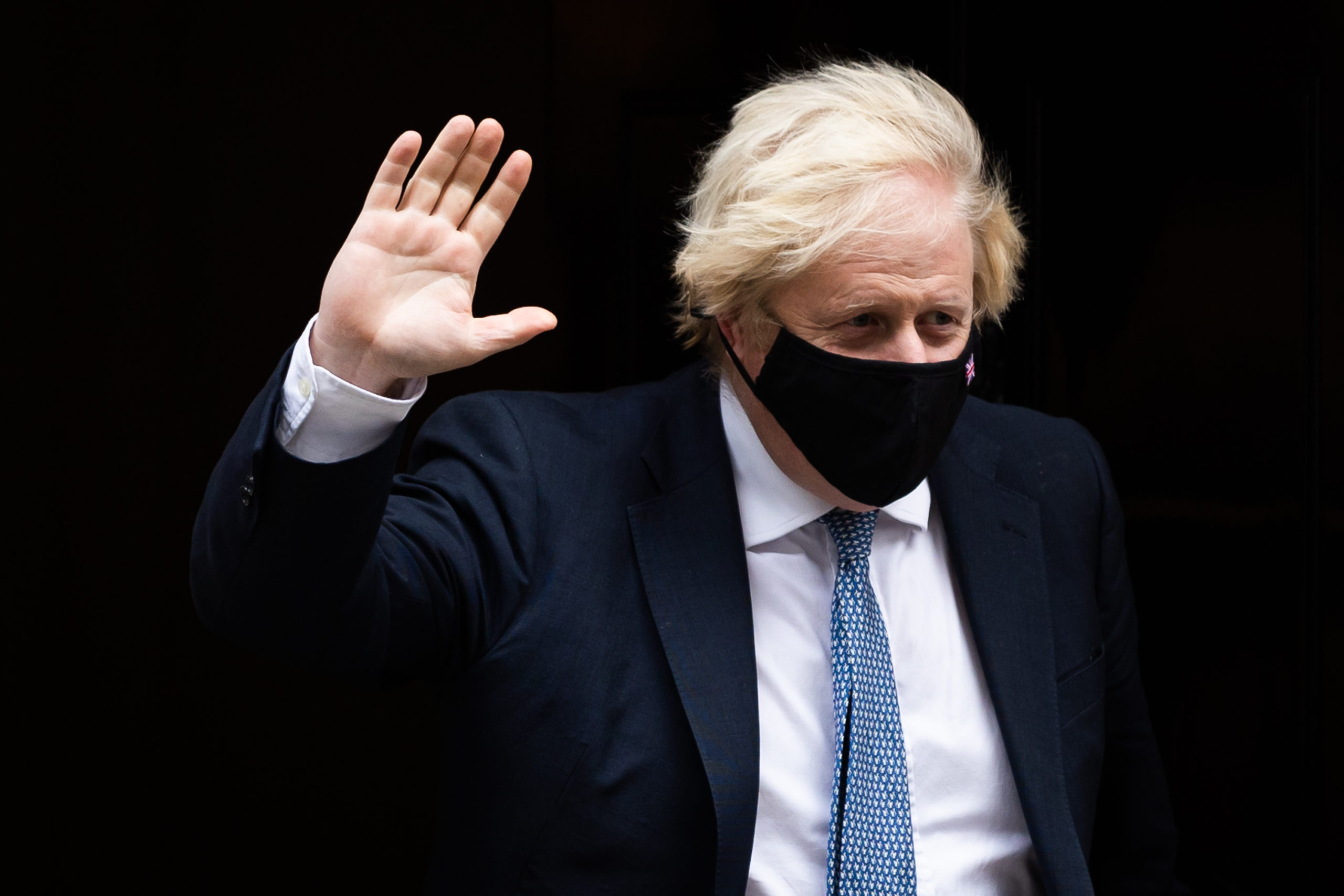 Boris Johnson’s resignation – why it could happen

If Boris Johnson’s New Year’s Resolution was to leave behind December’s stench of scandal, he has surely failed miserably in the first stretch.

First came news of the email sent by his principal private secretary Martin Reynolds, was leaked to the media. The email, dating to May 2020, invited 100 plus staff to “make the most of the lovely weather” via a “socially distanced drinks” reception in Number 10’s garden during the national lockdown.

Mr Johnson’s former director of communications James Slack issued an “unreserved” apology to Buckingham Palace, after it was reported that a party was hosted for him at Downing Street on the eve of Prince Philip’s funeral. The government’s image continued to take hit after hit as it emerged that a suitcases had routinely been used to ferry alcoholic drinks from a nearby supermarket to No 10 and the Cabinet office.

Hitherto, Boris Johnson has been something of a Teflon Prime Minister. The Paterson probe, the Matt Hancock affair, even Dominic Cumming’s Barnard Castle debacle seemed to make only minor and temporary dents on the Prime Minister’s poll ratings. With the Conservatives moving up slightly in the polls over the new year, there were initial signs that even the party revelations in December might fail to impart terminal damage on Mr Johnson.

Will this latest slew of headlines be enough to finally foil the man known for his ability to scrape his way out of both personal and political scandal?

Mounting backbench numbers aside, here are some reasons for pessimism amongst the Johnson team.

Something that cuts through to the public

Unlike Thatcher’s technicality-riddled Westland affair and the mass protests directed against Tony Blair over Iraq, the issue of lockdown partying is a straightforward example of hypocrisy on an issue directly relevant to voters’ everyday lives.

As Liberal Democrat leader Sir Ed Davey explained to LBC during last week’s eruption of scandal, these revelations feel like a “kick in the teeth for everyone who has sacrificed so much during the pandemic”, and will surely prompt many members of the public to reflect on the personal difficulties that their lockdowns were so regularly fraught with.

The notion of No 10 being forced to apologise to Buckingham Palace, is also a disaster for the prime minister’s image. The indirect influence of this event cannot be underestimated given the respect Elizabeth II still commands as the most popular public figure in the country according to YouGov figures.

The question of the Prime Minister’s conduct is also something that unites both the pro-lockdown majority and the vocal minority of lockdown ‘skeptics’, with both groups lamenting the government’s failure to live up to standards that thousands of regular people have been prosecuted for violating.

Just as the Brexit vote that sealed Mr Johnson’s rise to the top transcended party political stripes to vocalise a tidal wave of discontent, so too could the prime minister’s spiralling incidences of lockdown hypocrisy be the lynchpin in the rising discontent with his leadership.

Till Polls Us Do Part

Appinio also found that 68% of all Brits’ opinion of the PM has worsened – including 55% of Tory voters, and over 80% of all Brits said that they now trust the PM and his government less than before.

A poll released by Savanta ComRes on Tuesday showed that 77% of people believed the allegations ought to be investigated by the police.

It has arguably become something of a cliche to claim  that ‘Red Wall’ voters are unconcerned about so-called Westminster bubble scandals.  Howver recent surveys suggest otherwise. According to last week’s Deltapoll survey of the 57 constituencies where historic Labour seats switched to the Conservative campaign to ‘get Brexit done’, Labour were averaging at 49 per cent and the Tories around just 33.

While Britain’s parliamentary democracy means local MPs are voted for in general elections – not prime ministers- the impact party leaders have on the public mood toward their party adds a heavy presidential element to the process.   This inevitably will work against the Conservatives if Mr Johnson remains unpopular – a fact not likely to be lost on those Conservative MPs with marginal constitutencies.

James Johnson, co-founder of the JL Partners polling firm, and a former Downing Street pollster was not adamant that the effects of partygate would be long lasting, but wrote in response to the news: “Expert polling advice: this is extremely bad”.

The widespread public awareness of the escalating partygate affair lays the foundations for the issue to grow ever more totemic around Mr Johnson’s political brand, with over 60% of voters telling Appinio that the latest admission will affect how they vote in the next general election.

As Alwyn Turner, an author of several best-selling volumes on post-war British history told Politics.co.uk “Prime ministers tend to be broken by the same things that made them in the first place. Margaret Thatcher was the voice of the respectable suburbs until she became enamoured of the world stage and forgot her roots. Tony Blair was a pretty straight kind of guy until the country decided he’d lied in order to go to war. Gordon Brown cared about equality and could be trusted with the economy; then the banking crash destroyed that image.”

Turner argues that given that “Boris Johnson’s great selling point was that he was the roast-beef-and-real-ale Englishman, the laughing cavalier up against Jeremy Corbyn’s puritans”, “partying” was “what we expect and wanted of him”.

The problem of course for Johnson was that it was occuring at a time that Mr Johnson and his ministers were “urging the rest of us to exercise restraint”.  Turner agrues that, “After nearly two years of tightening our social – even our moral – belts, we’re not quite so keen on boisterous, bluff Boris anymore.”

Indeed, even amongst his true blue base, the prime minister’s perception is plummeting. Appinio analysis released last Wednesday suggested nearly half (49%) of Conservative Party voters said they believed that Boris Johnson should resign, while 70% of total voters agreed that he should step down.

The Cabinet being unable to defend breaches of the Ministerial Code

Even worse news for No 10 is the risk of the Cabinet growing exhausted by the Johnson premiership. Chancellor Rishi Sunak was notably absent from Prime Minister’s Questions last week, with the usual ministerial broadcast round avoided entirely on Tuesday that week.

The government’s top team remains largely chocked full of MPs who owe their rise to Mr Johnson’s ascendancy. While it could simply take the unravelling of yet more indefensible events for those who seem staunch the prime minister’s loyalists to rally around a successor, the current ministerial line that the public ought to wait for the Gray report to judge the PM suggests we are not yet at such a stage.

In an interview with BBC Radio 4’s Today programme earlier this week, even Justice secretary and deputy prime minister Dominic Raab has admitted when quizzed over the Downing St parties debacle: “If it’s lying, deliberate in the way you describe, if it’s not corrected immediately, it would normally, under the ministerial code and the governance around parliament, be a resigning matter.”

That former No 10 aide Dominic Cummings is now alleging that himself and other witnesses are willing to swear under oath that Boris Johnson “lied to Parliament” about these parties” and that more damning photos of said events are circling the iCloud, is surely yet another tiptoe toward chaos for the prime minister.

While the Cabinet may hope to cling to their line that the conclusions of Sue Gray’s inquiry ought to settle the matter, the ongoing drip of information regarding illicit events could continue to infuse the political atmosphere with a stench of scandal.

This could either increase voter’s general mistrust of Mr Johnson’s image, or lead toward formal and more dangerous proceedings for the PM if any outright dishonesty toward MPs were to be unveiled.

While the prime minister continues to stress that Sue Gray’s inquiry will determine whether he broke ministerial code, it is not certain that this is the outcome that will seal his fate. If Mr Johnson is perceived by the public to have been embroiled in consistent wrongdoing, it is this that will eventually decide his fate, whether it be over the next few days or the next few months.

With further letters of no confidence rolling in from more backbench MPs however, Boris would be wise to keep as abreast of the winds of February as the Ides of March.