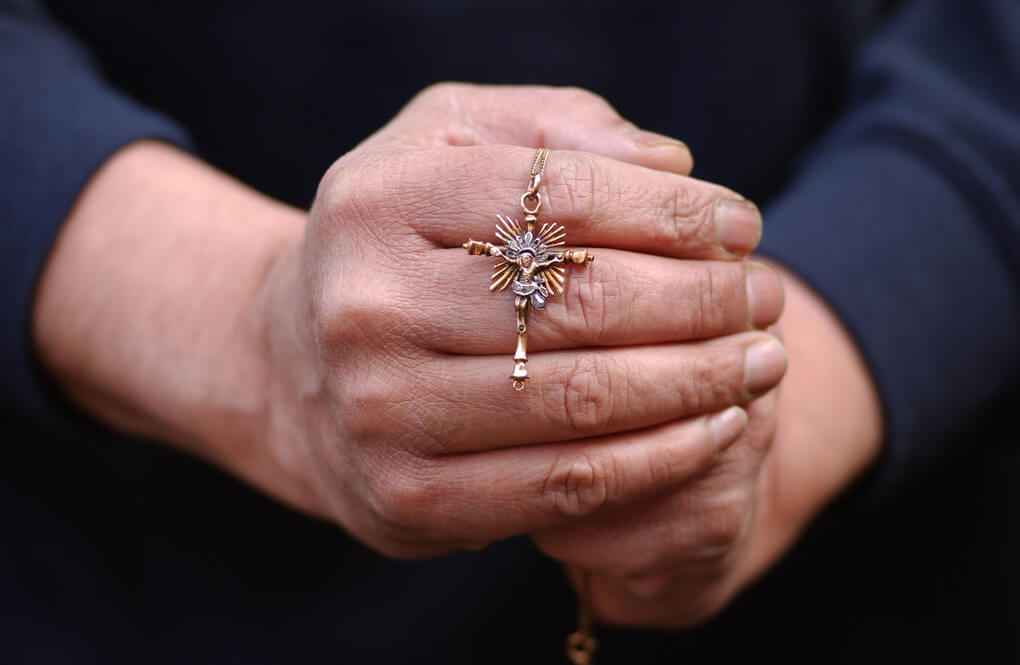 The charity Open Doors heard from an Afghan woman with the given name of Zabi. Her father was taken, tortured and executed. A few months later, her brother was also taken and never seen or heard from again. Zabi and her mother fled to another country after the Taliban takeover and they survive amidst total uncertainty – the prospect of return impossible in a state where women have no social, financial or legal autonomy. Their crime? Zabi and her family are Christians.

Afghanistan is now recognised by the Open Doors World Watch List as the most dangerous place in the world to be a Christian. The swift takeover by the Taliban last year brought a fresh wave of fear for the house churches of Afghanistan, where people meet in homes and worship in secrecy. The Taliban are actively hunting down Christian converts to ‘eliminate’ them. Christian men are nearly always killed outright. Christian women and girls are given to Taliban fighters as the spoils of war to use as they will. Christians are considered traitors and enemies of the state.

Christian Solidarity Worldwide, who defend the right to religious freedom for all faiths, have reported ‘Disturbing and credible allegations of house-to-house searches, summary executions, forced marriages, enforced disappearances and the killings of members of ethnic minority communities’.

It is natural that my heart breaks for my Afghan Christian brothers and sisters brutally persecuted for their beliefs. But they are only one group of many persecuted religious communities in Afghanistan who face a fresh wave of persecution. Uyghurs – fearful of both the Taliban and of being handed over to the Chinese state. Hazara Muslims – a historically persecuted group. Ahmadi, Shia and Ismaili Muslims, Jains, Hindus and Sikhs, all are outcasts and heretics. All face a terrifying and uncertain future.

Twice in October last year suicide bomb attacks targeted Shia mosques, both killing over fifty people each. This is not even to mention the many other groups of desperately vulnerable people in fear of their lives under the Taliban, including LGBTQ+ people and women. The terror and urgent danger religious minorities face in Afghanistan is unimaginable.

The UK must bear some responsibility for this chaos. The sudden withdrawal of technical and practical support last year by the West left a power vacuum for the Taliban to fill. The UK should, of course, respond with international aid interventions and firm diplomacy. But the most practical and immediate way the UK can accept that responsibility is a wide and generous refugee resettlement scheme – especially for vulnerable minorities.

The Afghan Citizens Resettlement Scheme which opened this year is a good thing, but the Government recently confirmed that the quota for the first year has nearly been filled – mostly by people who were evacuated in August last year and are therefore already in the UK. Not until the second year of the scheme, in January 2023, will work be done with international partners to welcome minorities at risk. The need is exceptionally high within Afghanistan already. Whilst the UK dithers on taking more refugees, the food crisis deepens and winter approaches. The urgency is life or death.

We need to support those remaining in Afghanistan but also acknowledge that some will make their own way to the UK – it’s simply not safe for them to wait to win the lottery of a place on the resettlement scheme. For religious minorities, staying put means for a life of constant terror and death, so many have no choice but to flee.

One of my great concerns with the Nationality and Borders Bill currently going through Parliament is that it will differentiate how those granted refugee status are treated. The deserving and the undeserving are sorted purely on how they arrive on our shores.

So if, for instance, an Afghan Christian arrived on a beach in the UK having risked an epic journey on foot and by dinghy, sure in the knowledge of the UK’s reputation as a place of refuge for people of all faiths, they would be classed into ‘Group 2’. ‘Group 2’ are the undeserving refugees. Undeserving simply because in their desperation they arrived by these ‘irregular routes’. They’re left in the uncertain limbo of temporary leave to remain, have no access to family reunion, and have no recourse to public funds.

I am proud of the reputation that the UK has of upholding human rights and religious freedom – a place where people know they will be safe. But I am ashamed that the current Government is willing to obliterate that reputation to avoid our international responsibilities to refugees.

Ultimately, the people this harms the most are those fleeing the situations that we cannot even imagine. That includes those who dare to persist in their religious beliefs in Afghanistan, facing threats to their lives, to their family’s lives, and the very survival of their community.