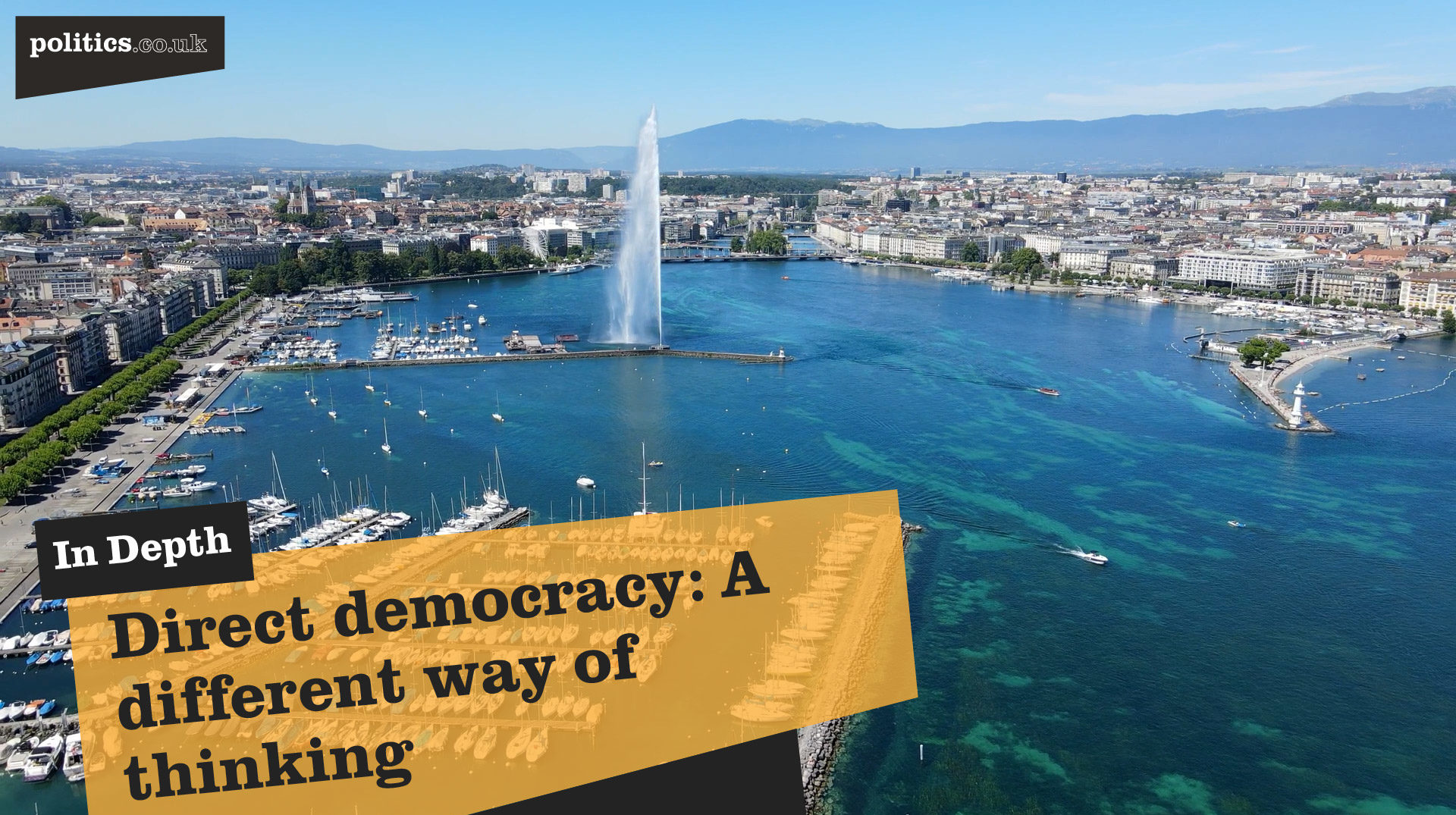 In Britain we rely on our elected politicians to make all the decisions, with the cabinet setting the agenda for parliament to debate and vote on.

But the Swiss use a system called ‘direct democracy’, which gives people the right to vote on key policy issues in open referendums, often up to four times a year.

“You’re asked to vote about anything; from a change to our constitution, to a referendum, to a law, to a vote for people.” Explains Franz Muheim, a Swiss citizen and member of the Federation of Swiss Societies in the United Kingdom.

“So basically at any part of the legislative process there are ways that anyone can start either an initiative, so something new or a referendum on an existing piece of legislation”

Matt Qvortrup, professor of Political Science at Coventry University, explained the benefits of this system: “We are individuals, as consumers we’re individuals. We want to have our cake and eat it, and we can have that as consumers. We can’t have that in politics.”

“It might be that I want to vote for a party that is progressive on, say, LGBTQ rights, but is conservative when it comes to economic affairs.”

Democracy is a complicated issue, and for millennia philosophers have debated how to create the most effective democratic system. President Jimmy Carter once said: “The experience of democracy is like the experience of life itself—always changing”.

But Alex Norris MP, chair of the all-party parliamentary group on deliberative democracy, doesn’t think direct democracy is the way forward in Britain.

“I think with direct democracy, you basically boil down the decisions to a final binary yes or no proposition.” Norris explains.

“Instead, through proper deliberation you can get through all the issues and then set out the range of options for the population and perhaps decision makers here then would act on it.”

And there are fears direct democracy is simply untenable with a first past the post system.

“Such a system can only can only work in a proportional democracy.” Says Muheim.

“Without proportional representation, direct democracy will be really very difficult.”

But that hasn’t stopped others from calling for it.

“If it works in all the German states, if it can work in Italy, why couldn’t it work here?” Says Qvortrup.

“The problem is that politicians don’t really want it to work or they may not want to introduce it. Why would they introduce a thing that would limit their powers?”

For many in Britain, when they hear the word “referendum”, alarm bells might ring out as they think of Brexit. But that was inherently different to how direct democracy is supposed to work.

“The British referendum failed on every rule of a referendum.” Explains Munheim.

Whether we brought in a system similar to direct democracy or not, could we learn lessons from Switzerland?

“What I would like to see happen next is a constitutional convention where we get citizens, we go up and down the country, and talk to people about the options for renewing our democracy.” Says Norris.

“Whether that’s the voting system, whether that’s more direct models, whether that’s deliberative models – and just reflect with people on what we might want to do differently to try and build in more engagement, more confidence, more interest.”