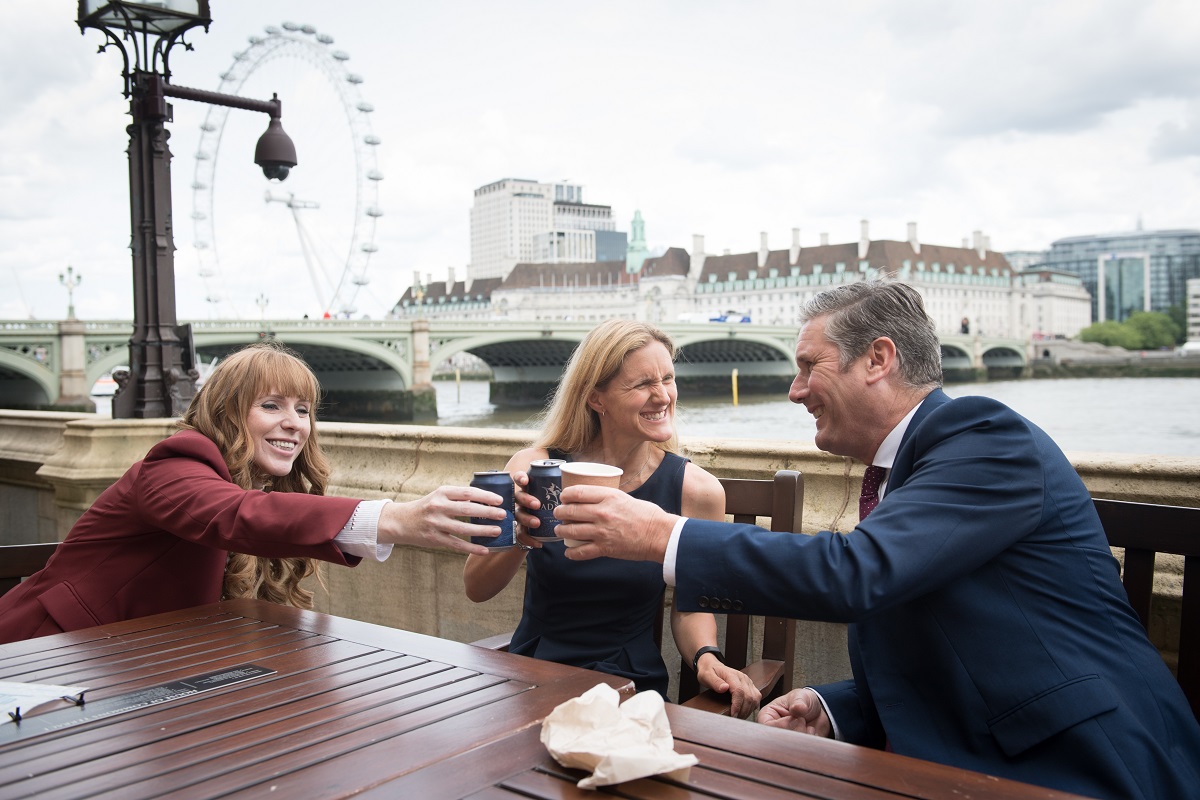 It has been a busy eight weeks in British politics. From the leave-voting coastal town of Hartlepool to the home-counties in Chesham and Amersham, and finally to the rolling valleys of Batley and Spen, the “eyes of Britain” have darted up and down the country.

But if byelections are a sign of “normal” life returning, the same cannot be said of “normal” politics. Hartlepool, a safe Labour seat since 1974, turned Conservative; Chesham and Amersham, Conservative since 1974, went to the Liberal Democrats; and Batley and Spen, Labour since 1997, remained so only by 323 votes – George Galloway’s acrimonious spoiler campaign was not enough for the inconspicuous Conservative candidate to triumph.

There are several existing theories of byelection voter behaviour that might aid us in navigating these results. One familiar hypothesis suggests that byelections are a medium through which voters “send a message” to the party in power, usually by unseating the incumbent government. The assumption underlying this theory has become axiomatic– and yet 2021’s byelection results present problems. Although the Conservatives were unseated in Chesham and Amersham, they gained Hartlepool a month earlier.

An opposing school of thought suggests we cannot learn from byelections at all. They are insular, local events that go largely unaffected by national political contexts. In this view, as barometers of political behaviour, byelections are at best unreliable and at most insignificant.

However, we would be wrong to so easily dismiss byelections. Despite their idiosyncrasies, 2021’s byelections provide terrific insight into British political trends. And while the overriding story may be about electoral “bases” – both Conservative and Labour – which have fallen victim to varying degrees of neglect, two further subplots emerge.

The importance of local politics

Alongside broader cultural issues and the inevitable Conservative “vaccine bounce”, conversations in Hartlepool were influenced by hyper-local anxieties. These included the loss of services from the local hospital, the rise of food banks and a declining community police presence.

Exasperated with community neglect, two voters who had endorsed Labour in local and parliamentary elections for decades told the BBC: “We’ve had enough of Labour. They’ve just wrecked it, everything”. The second continued: “We had the option to give birth to our second son in Hartlepool but we decided against it, because there are no doctors, no [hospital] theatres”.

Besides the obvious attraction of supporting a fellow Brexiteer – someone who takes their side in the ongoing “culture war”, voters in Hartlepool believe Johnson will deliver more investment, jobs and prosperity for their area.

In remain-voting, affluent Chesham and Amersham, local politics too emerged as a significant concern. The victorious Lib Dem candidate Sarah Green emphasised her strong opposition both to HS2 and proposed planning reforms designed to weaken the local veto power over individual developments. The feeling of neglect on behalf of Buckinghamshire Council combined with these concerns, generating a perfect storm for the Conservatives.

In Batley and Spen, national messages were all but absent from the campaign. While Galloway exploited the international concerns of the Muslim population, he also promised to reopen Batley police station, the closure of which in July 2018 had provoked local outrage. In response, Labour candidate Kim Leadbeater stressed her local credentials. Her prioritisation of road safety, crime, fly-tipping and anti-social behaviour were crucial to Labour’s appeal.

Asked by the BBC whether Starmer had been an asset in her campaign, Leadbeater replied: “The focus of the campaign was very much listening to local people”. This, evidently, is a formula for success.

An informal ‘progressive alliance’ is already underway – and it’s working

With Labour’s disastrous showing in Hartlepool on May 6, the belief that Labour cannot win an absolute majority in a future general election has popularised. This has fueled calls for an anti-Conservative “progressive alliance” of Britain’s left-of-centre parties.

In Hartlepool, as former Brexit party and UKIP voters collapsed into the Conservative party’s electoral coalition, the argument seemed self-evident: a divided left cannot fight a united right – not with distortions of a first-past-the-post electoral system.

The fragmentation of the Conservative’s own electoral bloc in Chesham and Amersham imbued the matter with further urgency. As the opportunity for Tory scalps rises, proponents argue that progressive parties should be co-operating not competing.

In Chesham and Amersham, the Labour Party won just 1.6% of the vote, a drop from12.9% in 2019. Paul Mason, a prominent proponent of a Progressive Alliance, was ecstatic: “It looks like almost all 2019 Labour voters in Amersham/Chesham tactically voted Libdem, … The #ProgressiveAlliance is happening, whether [the] Labour bureaucracy likes it or not”.

The next logical step, in Mason’s view, would be an electoral pact. But this begs the question: why risk formalising an alliance that is already yielding results?

This story is repeated in Batley and Spen where an informal “stop the Tories and Galloway” alliance emerged. Throughout the campaign, Lib Dem leader Ed Davey offered rather unsubtle hints that his voters should back Labour. “Political parties campaign where they can win”, he told the Observer. The Liberal Democrat vote, never considerable in Batley, dropped a further 1,208 on its 2019 performance.

Davey and Starmer’s relationship appears to be mirroring Paddy Ashdown and Tony Blair’s in the 90s. Ashdown and Blair’s covert cooperation kept party activists out of unwinnable marginal seats– easing the historic schism in the British left. And in the 1997 election, the Lib Dem and Labour campaigns even encouraged supporters to switch allegiances to defeat the Conservatives. “The scale and impact of tactical voting in the 1997 election”, the election gurus John Curtice and Michael Steed later concluded, “was unprecedented”.

As Blair and Ashdown proved, a cynical “stop the Tories” coalition need not be formal –it need not be cynical. By keeping cross-party cooperation pragmatic, the Lib Dem and Labour parties can enjoy unseating Conservative MPs free from the rigid constraints of a pact. Labour should focus on reaching out beyond Westminster, not engaging in divisive and time-consuming negotiations within it.

Even with the evidence of 2021’s byelections, it would be impossible to predict the course of the next British general election with any surety. Byelection results do not map onto the national stage with ease. Nonetheless, Politicians have used byelections as a guide to the feelings of Britain’s voters for generations– and there is no reason to stop now.

For all of the hardships of the Batley and Spen byelection, the campaign may have had the happy consequence of re-engaging Labour with the constituency’s electorate – something it roundly failed to do in Hartlepool. If Labour is listening, it will be reminded of the power of local candidates to articulate a positive community-centred vision.

And rather than formalise the already successful “informal progressive alliance” practised in Batley and Spen and Chesham and Amersham, progressive parties should focus on its consolidation. The secret, backroom discussions inevitable in electoral alliances would undermine the work of local activists like Leadbeater.

But above all, these byelections offer a glimpse into Britain’s complex post-covid political future. As we unlock, no single party has the momentum and no one leader has the undying support of their electoral coalition. These byelections are a learning exercise for Britain’s left-of-centre parties. A failure to engage with the facts of Hartlepool, Chesham and Amersham and Batley and Spen would spell further crisis for British oppositional politics.