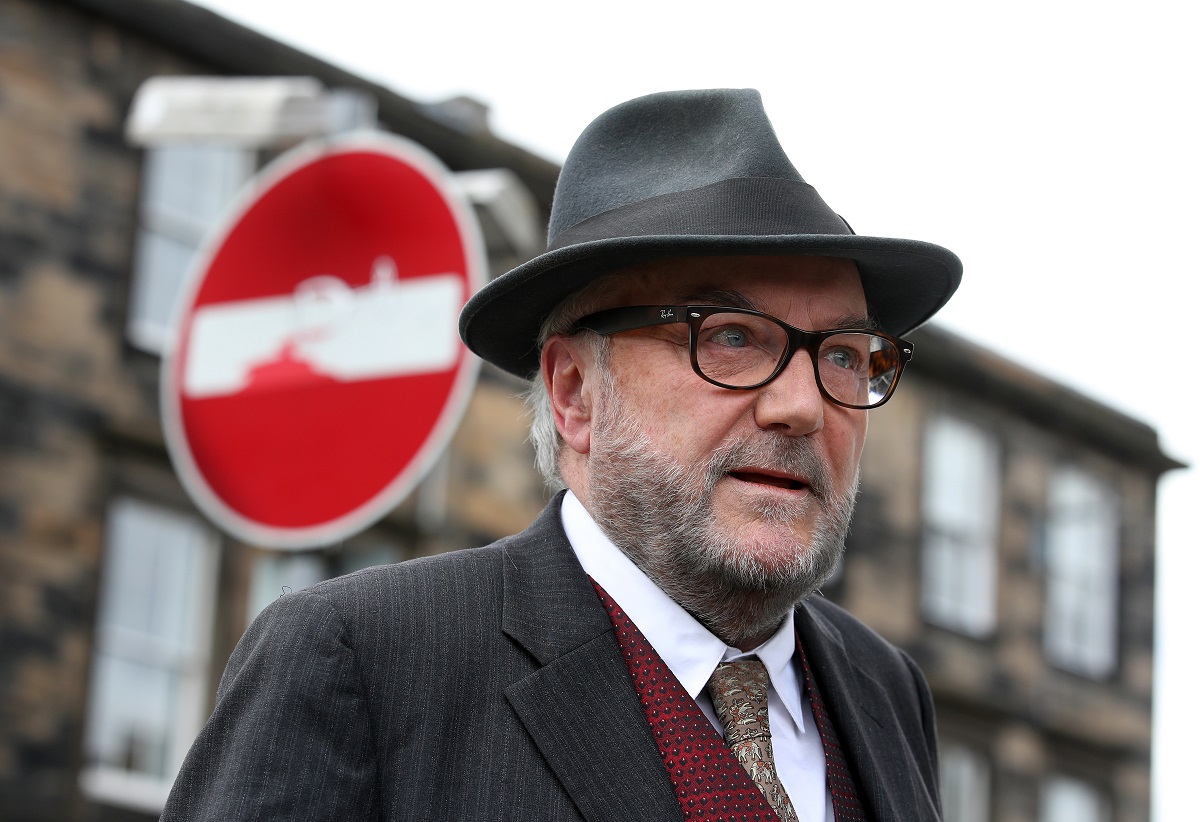 There’ll be a lot of chatter on Friday morning about what the Batley and Spen byelection means for Britain’s electoral politics. What does it say about Keir Starmer’s leadership of the Labour party? Are the Tories on course for another general election victory? Is the Brexit divide with us indefinitely? And all of that will be perfectly legitimate and important.

But there’s another conclusion we can come to now without having to know the final result. It’s just as important and more depressing than any particular outcome. Something is utterly broken in our politics and the way we conduct it. Five years ago the MP Jo Cox was murdered in this seat. And now, after half a decade of insisting that we have “more in common”, the poisonous, tribal, vitriolic politics which helped cause that assassination is alive and well. It hasn’t gone away.

This isn’t entirely the responsibility of George Galloway. There were tensions in Batley and Spen well before he arrived. Protests were held outside Batley grammar school in March after a teacher there showed pupils a cartoon from the French satirical magazine Charlie Hebdo in a lesson on blasphemy.

Nor can all of the recent events be directly attributed to him. Kim Leadbeater, Labour candidate and Cox’s sister, was recently shouted at in the street by a group of men from outside the area. “Are you going to support Muslim parents who don’t want their children to learn about LGBT domination?” they asked. As she tried to get away, they chased her and kept shouting. When Galloway was asked if he condemned their behaviour, he said: “Absolutely.”

“Obviously you’re going to get a bit of division. It’s important that it’s kept in the proper limits, however, that’s what we try to do. That’s the instructions everyone has,” he added.

Nor can he be held directly responsible for the growing sense of violence and intimidation that has taken place. Last Sunday, a group of Labour activists were pelted with eggs, then violently attacked. “I was terrified, to be honest,” one campaigner told the Guardian. “They reached in their bags to grab eggs but I was terrified they were going to pull out a knife. I’m scared to go out campaigning.” Local Labour supporters say their posters are being torn down and replaced with ones for Galloway.

You can’t pin the blame for all this on Galloway. You can’t claim there is a direct link. But you can say two things with clarity: That he came to Batley and Spen because he saw the potential for divisive politics. And that he has acted to increase rather than alleviate it.

This is the approach he has taken throughout his career: to ratchet up the fury, the debasement of opponents, the hatred in any political discussion. “I believe in the judgement day, that all of you do,” he told predominantly Muslim voters in 2012. “I just say this… how will you explain on the last day that… you voted because of village politics for a party that killed a million Iraqis, that killed a hundred thousand Afghans, which has supported Israel killing uncountable numbers of Palestinians. How are you going to explain that one?”

But in reality, Galloway is no friend of Muslims. Time and again he has dismissed, ignored, or actively spread disinformation about their death or mistreatment. “NO CONCENTRATION CAMPS IN CHINA,” he tweeted. “And the Muslim population is growing, there are 25,000 mosques in Xinjiang alone, more than in the entire US. FAKE NEWS PEOPLE.”

In August 2013, Ghouta – a suburban area around Damascus in Syria – was struck by chemical weapons, killing somewhere between 281 and 1,729 people. Inspectors from the UN mission in Syria found “clear and convincing evidence” of the use of sarin. A 2014 UN Human Rights Council report found “significant quantities of sarin were used in a well-planned indiscriminate attack targeting civilian-inhabited areas”. The Arab League and the EU concluded the regime of Syrian President Bashar al-Assad was responsible. Galloway branded this a “hoax”.

In 2018, another chemical attack took place in the city of Douma, killing between 40 and 50 people. The UN Commission of Enquiry on Syria reported that “a gas cylinder containing a chlorine payload delivered by helicopter struck a multi-storey residential apartment”. The US, British and French governments concluded the Syrian army was responsible. Galloway responded by saying: “There is absolutely zero evidence that any chemical weapons attack took place… Remember you heard it from me here: it is a lie.”

Now he stokes the same divisions he has always stoked. A recent leaflet he sent out in the constituency tries to cynically exploit the protests over the drawing of the prophet in Batley Grammar school. “I will campaign for religious freedom and for the freedom of religious people not to have their faith or their prophets maligned and ridiculed,” it reads. He also sounds a dog whistle over the homophobic rhetoric of the men accosting Leadbeater. “I will demand parental involvement in the school curriculum. I don’t want my children to be taught in a moral vacuum.”

Then he sets his targets on Starmer, branding him “the top supporter of Israel”. On and on it goes. “Imagine, the people of Batley coming together to topple the hated Labour leader. We have the power to do that. It’s in your hands, brothers and sisters.”

In reality, Starmer’s Labour has maintained a much more critical approach to Israel than we saw during the New Labour years. “Reports that Israeli air strikes on Gaza have killed multiple civilians, including children, are shocking. This is appalling,” Lisa Nandy said last month, during the recent outbreak in the conflict.

But that doesn’t matter. It is of no consequence whatsoever. Galloway is pursuing the same post-truth strategy he has always pursued: stoking division. It’s what he does, over and over again. And now it is happening once more. It is a moral duty to condemn him.