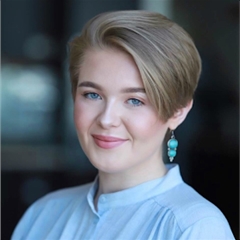 The pandemic has brought about a new appetite for public health measures from the UK government. The government faces a rare window of opportunity to break the deadlock around junk food ads and make real legislative progress to encourage a healthier weight and tackle obesity – the second biggest preventable cause of cancer in the UK.

In this year’s Queen’s speech, the government committed to introducing a 9pm watershed on adverts for food and drinks high in fat, sugar and salt on TV and a total online ban from April 2022, as part of a broader package of measures in the health and care bill.

One reason change is so desperately needed is that the current rules meant to reduce children’s exposure to junk food advertising are simply not fit for purpose.

A wealth of evidence shows there is a clear link between food advertising and the food children prefer. Advertising influences what food children eat, how much they eat, and leads to them ‘pestering’ parents to buy unhealthy products. Whether you have children or not, everyone’s familiar with this pestering. Maybe we did it ourselves, perhaps we see it during the weekly shop, maybe we navigate it as a parent. Either way, we all know the power of a small child who really, really wants a bag of crisps (particularly when they’ve just watched their favourite cartoon character eat them, too)!

On TV, rules only apply to 26% of children’s viewing time. Broadcasters can show junk food ads during ‘family viewing time’ between 6-9 pm when the number of children watching TV is at its highest. Analysis published by Cancer Research UK shows that almost half (47.6%) of all food adverts shown on commercial TV channels in September 2019 were for products high in fat, sugar and salt. This rises to around 60% during the 6 pm to 9 pm slot – when children’s viewing peaks.

In other words, the kind of ‘prime time’ shows – the ones where families might sit around to watch, that might be talked about in school the next day – all of this can be choc-full of, well, chocolate.

The situation isn’t any better online. While current rules ban junk food ads that target children, or where more than 25% of the audience is under 16 years old, they’re tough to enforce in practice and contain significant loopholes. For example, research from the Advertising Standards Authority (ASA) found 78 adverts for foods high in fat, salt and sugar on children’s websites and YouTube channels aimed at children in just three months. In addition, given that the ASA doesn’t actively monitor advertising,and enforcement is based on reactive complaints,a significant number of children may still be exposed even if an advert is taken down.

Data further shows children are exposed to over 15 billion adverts for fatty and sugary foods online every year. 15 billion – and that’s at current rates of exposure. Without action, as content and culture find more homes online, this number is only going to grow..

So, what can be done to help solve it? The government’s 2020 Tackling Obesity strategy, which outlined bold action to address the multiple drivers of obesity, has a raft of policy suggestions to begin to tackle childhood obesity, including the 9 pm watershed for TV and a total end to online junk food ads.

This sort of measure has great evidence behind it, and it’s clear that taking actions with the nation’s health in mind can be a boon for the industry too (no matter how much they claim otherwise).

It’s happened before: ahead of the launch of the Soft Drinks Industry Levy, manufacturers of sugary drinks, like Coca-Cola, warned of significant losses and job cuts, but in reality, soft drinks sales increased 7.7% in the first year after tax as consumers switched to healthier options. Meanwhile, 50 million KG of sugar per year was removed from the British diet.

Similarly, before the launch of complete restrictions of advertising foods high in fat, salt and sugar on the large Transport for London (Tfl) estate, advertising agencies howled that TfL revenues would collapse. Instead, they increased year on year as companies switched to advertising their healthier options.

This is on top of previous research finding that 79% of potential revenue loss from removing ads for unhealthy foods on TV could be mitigated by advertising existing healthier foods. This should be seen as a real opportunity for positive change and innovation instead of the industry digging their heels in.

This year, £23bn will be spent in the world of UK advertising to convince us to buy things, and if I asked you if you’d seen an advert for junk food, you’d almost certainly answer yes. You might even hum the jingle. That’s not because big firms like giving advertising companies money out of the goodness of their hearts. It’s because advertising works and will continue to work after the restrictions are implemented – only this time, the products marketed will be healthier for consumers.

Beyond this, obesity is one of the key drivers of health inequalities in England and elsewhere. One in three children in England are above a healthy weight when they leave primary school. Starkly, children from deprived areas are more than twice as likely to be obese than their more affluent counterparts. Add to this the fact that children with obesity are five times more likely to remain so as an adult, and it’s increasingly clear that obesity is rapidly becoming a set, generational issue, solidifying the ‘health gap’ between the rich and poor in the UK.

Therefore, any meaningful attempt to ‘level up’ the country – a vital agenda of this government – will necessitate breaking this cycle and addressing health inequalities resulting from obesity.

That’s why Cancer Research UK welcome the government’s commitment to introduce legislation to end TV advertising for unhealthy food before 9 pm and significantly restrict adverts for unhealthy food and drink products online. We will support the government in securing the legislation’s passage through parliament and ensure that it is sufficiently robust to protect children’s health.