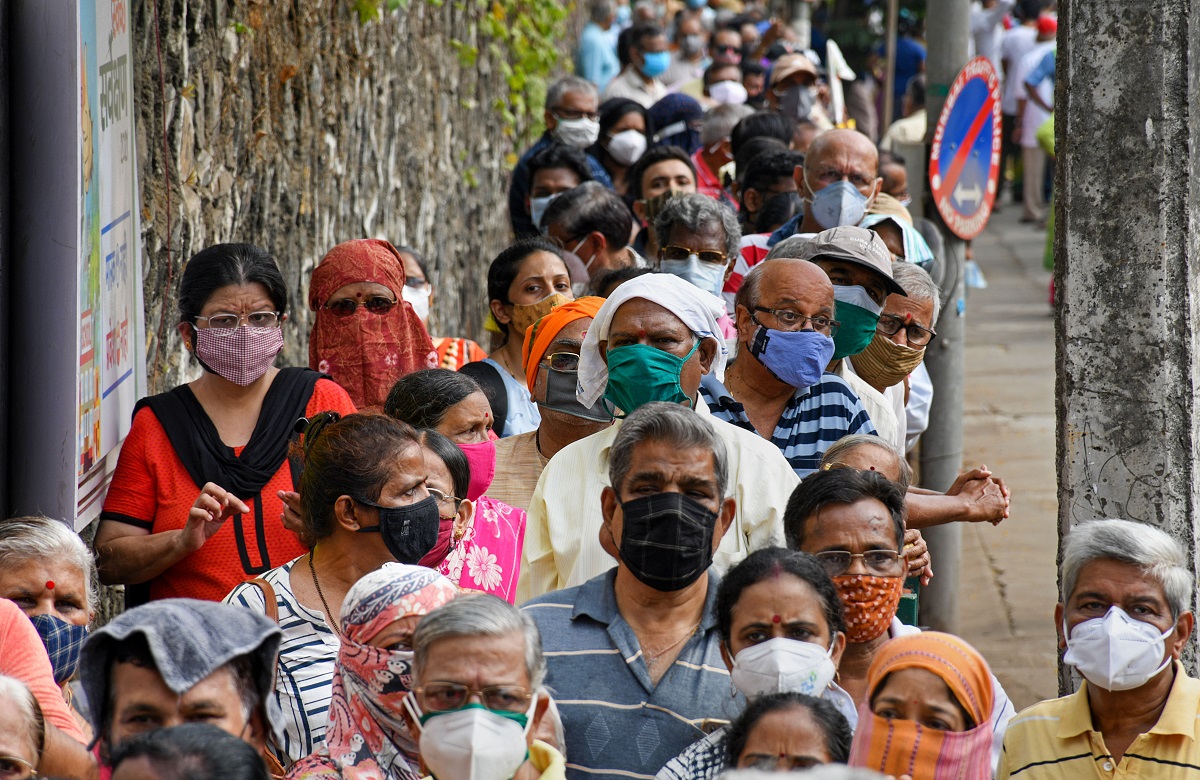 What the government could learn from the community response to covid

After a year of bad news and hardship, many of us are exhausted, clinging to the hope of lockdown easing. As the light at the end of the tunnel creeps ever closer, it’s easy to put our heads down and focus on getting through to the next little bit of freedom. The gym opening, the first haircut, desperate to get back to some semblance of normality.

But, as we begin the slow journey along the road map to freedom here in the UK, the picture across the world is very different. It has been impossible to escape the devastating images and statistics flooding from India in recent weeks. There has been a relentless stream of heart-breaking stories and horrendous milestones; a baby girl dying on the steps of the hospital, surpassing 20 million recorded cases, ,more than 3,500 deaths in a single day.

So here at Feed The Hungry, we decided to take a leap of faith and turn to the covid-weary British churches and wider communities for support. Trying to keep our expectations realistic, we set up the ‘Oxygen for India’ campaign, calling on people to donate to India.

Four hours later we had raised over £9,000. I stood humbled and amazed by the generosity I was witnessing.

During the course of this year I have often been overwhelmed by the response of  communities to the covid crisis. Time and time again, they have stepped up to meet the needs around them. I have seen in it the support for The Halo Centre here in Coventry as we have distributed food to hundreds of people experiencing food poverty, as well as in countless other places across the country.

Feed The Hungry, working with other Christian charities, have import duties wavered for things such as medical equipment to get it to where it is needed most. This puts us in a position to maximise the impact of the resources entrusted to us and provide opportunities for those in the UK to support and empower those in need across the world, as well as at home. Faced with the call to step up once again, this time for communities further afield, there has been a groundswell of generosity. This response should be celebrated, but it also gives cause for reflection.

The attitude of our government tells a very different story. As the impact of the debt created by the pandemic has hit home, the government has responded by reducing the foreign aid budget. When we are in need, our first thought is often for ourselves. The opposition to these cuts often points to the government’s short sightedness, highlighting how poverty abroad will impact us in the long run. The same has been true of the crisis in India; we should help because of the economic impact it will have on us. There is a recognition of the moral case but that is rarely seen as enough of a motive for generous aid overseas – both those in power and the opposition have demonstrated this view.

The response to Oxygen for India stands in complete contrast to this. Financial hardship and the stresses and pressures that it brings have characterised the covid crisis for many of us. Job losses and business closures have become commonplace. So you might expect the giving to have dried up. But it hasn’t. Giving and generosity are about so much more than protecting our own interests or making us feel good about ourselves, it is about genuine care and love for our fellow man.  At Feed The Hungry we don’t just work in the UK, but with those in need all across the world. We are committed to showing love to all those in need, wherever they live.

When we see people as our neighbour, our equal, we no longer just see them for their problems and needs that they have, the place that they are from or how their lives impact us. We don’t patronise them by thinking we can swoop in to fix their situation. We see them. We see them holistically. We see them in their context. We don’t just see their immediate problems, we look to know and understand them, to see them thrive. It is only then that we can begin to care for them effectively.

The needs in India, the UK and across the world will continue. We must be people who don’t just respond in a crisis but continue to show generosity in the aftermath. The generosity of response to our campaign, even after the year we have had, fills me with confidence.

Confidence that communities across the country will continue to show care, compassion and generosity for people in their streets and towns and across the world.