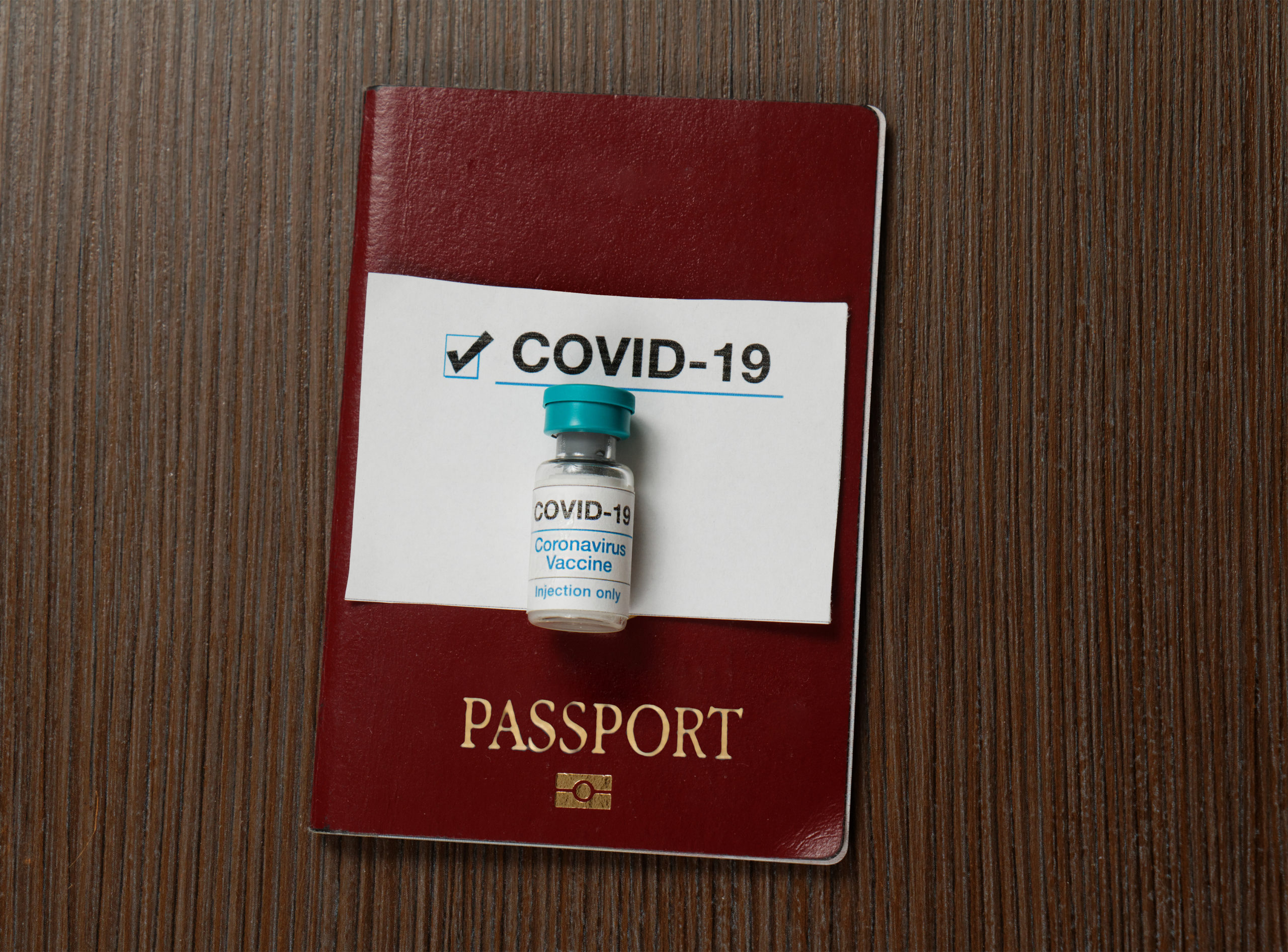 Boris Johnson’s plans for covid ID cards raise all sorts of implications for civil liberties and racial equality. But they have a more fundamental problem than that: they won’t work.

This is probably why the coalition against them is so varied. The lockdown sceptics are suddenly, through some bizarre twist of fate, on the same side as Indie Sage. We can safely ignore the former group, but the latter one commands attention. They have been repeatedly ahead of the curve on the pandemic response and they are resolutely opposed to this proposal. It’s worth investigating why.

Here’s the thing with this pandemic: we know what works. It’s about committing to the basics. We follow our existing vaccination strategy and simultaneously try to suppress the virus. These two things should work in tandem, so we’re trying to achieve population immunity and controlling the virus as we do it.

There are two big dangers at the moment. The first is another wave. Just because most older people have had one vaccine jab doesn’t make us safe.  Chile is a world leader in vaccinations, administering around 59 doses per 100 people, but they anyway just entered lockdown in the face of a big wave. People who’ve had no jabs at all are also at risk. Many people in their 50s, 40s and even 30s have underlying health conditions. Sage estimates we could lose somewhere between 9,000 and 20,000 lives over the summer.

The other, bigger danger is variants. They threaten to put us back to square one. Each new infection is another opportunity for the virus to mutate. Those mutations which prove resistant to the vaccine will spread very quickly. This is a race, between the vaccine and the evolution of the virus, in which both struggle for dominance.

That’s why immunity is not enough. We must suppress the virus.

To do this, we need a functioning test and trace system. It’s become unfashionable to talk about this. Johnson barely seems to mention it at all anymore. But it is the core requirement of preventing further waves of infection. It means that when an outbreak occurs, we can catch and contain it before it detonates across the population.

Contact tracers should be local workers, who understand the area and can trace contacts back, rather than the centralised phone centres we have needlessly installed, hundreds of miles away, which have no understanding of the population they’re dealing with.

Those who come into contact with someone who has the virus need to isolate and get tested. But at the moment many people are not. The Covid-19 Rapid Survey of Adherence to Interventions and Responses study found only 52% self-isolated.

Many simply can’t afford it. The £500 payment to those isolating is only for those on benefits, meaning just one in eight workers are eligible. Faced with making no money, or perhaps even losing their job, many people keep going to work. And then they keep spreading the virus.

We can also make it harder for people to become infected in the first place, by properly ventilating schools, offices and hospitality venues. There are a range of ventilation solutions: Unlocking windows so they open the full way, maintaining dedicated exhaust ventilation, using fans by windows to keep air circulating, introducing portable filtration systems to enhance air cleaning and deploying ultraviolet germicidal irradiation. But again, it costs money and requires attention. And again, it is not being done.

We can also close the borders. This can block a new vaccine-resistant variant from entering Britain in the first place. Europe right now provides a grim case study. In December, there were hardly any cases of the Kent variant on the continent. Now, it is responsible for over 70% of cases in Denmark and between 50-70% of cases in France, Belgium, Italy and Germany.

This process can happen in reverse. In France, somewhere between five to ten per cent of the cases are of the South Africa variant and yet people are coming to the UK from that country all the time. Border Force figures – which the government does not “recognise” – suggest that roughly 20,000 people are arriving in the UK every day, about 40% of them on tourist visas.

If these things were done now, we could pretty much guarantee that we’d never need another lockdown. We’d have the summer, and next autumn we would remain free to go out, work and socialise. Within six months, even social distancing shouldn’t be needed. But if they’re not done, we’re completely vulnerable to chance. Perhaps we’ll get lucky and no new variant will emerge. Or perhaps we won’t.

The main argument against covid ID cards is not about them particularly. It’s simply that they are not this. We know what needs doing and we’re not doing it. Instead, the government is running frantically after another impractical and counter-productive high-tech solution.

They are also flawed on their own terms. No.10’s current position, as far as it can be discerned, seems to be that they will not be required for essential purchases – for instance going to the supermarket. But they will be required for large events, like football games or nightclubs. And they might be required for pubs and restaurants.

That last part is very confused. Johnson won’t speak clearly about it. But the document the government released on Monday strongly indicated this was the direction of travel. “It is possible,” it said, “that Covid-status certification could also play a role in reducing social distancing requirements in other settings which people tend to visit more frequently, for example in hospitality settings.”

That’s a telling aside. It corresponds to reports from inside government that covid ID cards are seen as a way of eliminating the need for social distancing in pubs.

But there’s a problem. Vaccines do not stop infections. You can still get covid once you’ve been vaccinated, you’re just much less likely to get ill, go to hospital or die.

There is definitely a reduction in onward transmission of the virus from people who have the vaccine, but it is very unlikely to be total and it’s still too early to know exactly what it is. As the World Health Organisation said this week: “We are not certain at this stage that the vaccine prevents transmission.” We also do not yet know how long the vaccine grants immunity. It could be well over a year. It could be less than six months.

So now imagine that we use covid ID cards to get in a pub and then eradicate social distancing inside. The windows are closed. People spend hours crammed in there – drinking, talking, laughing, hugging, singing, shouting – all the things which make pubs the best places in the world and also mean the virus is most likely to spread.

Some of those people may have run out of immunity. But even if they have immunity, they can still be infected. That infection might not make them sick, but once they leave the pub they can infect others, who have not had the vaccine. And each time that happens, more potentially vulnerable people in the younger age groups become exposed. And there are more opportunities for the virus to mutate.

The government also seems to want people to get a covid pass if they took a test that day, or the day before. But a negative test yesterday does not mean you do not have covid now. And covid tests are very easy to game to prevent a positive result.

What we need is a suppression strategy. But covid ID cards do not provide it. In fact they provide a false sense of security and then encourage a kind of behaviour which could increase infections. This is, in reality, an extension of the government’s persistent weakness for prioritising short-term economic interests over a long-term public health agenda.

The only other argument you can make about covid ID cards is that they might encourage people equivocating about the vaccine to hurry up and take it.

People have reasonable concerns about vaccines. Many ethnic minorities feel instinctively suspicious of state institutions which have treated them badly in the past. That’s why successful public health programmes root themselves in communities. They speak with people rather than at them. They listen to their concerns and address them. They have GPs phoning around their patients, events in community halls, and local community leaders from different ethnic and religious groups speaking to those who trust them.

Much has been made of Israel’s Green Pass system, which seems to be the model for the covid ID cards scheme Johnson wants to implement here. But research suggests that the most effective measures have not been coercive – they have been about engagement and accessibility. Mobile vaccination units have been brought into the ultraorthodox Jewish city of Bnei-Brak, for instance, or geographically remote Arab villages, and even central nightlife areas of Tel Aviv, offering free food and drink, with experts on hand to answer questions and concerns.

Coercing people takes the exact opposite approach. And that, ultimately, is what covid ID cards do. They bar you from participating in normal life unless you comply. This directly reinforces the central message of anti-vax campaigners: that vaccines are about state control. And it turns health professionals and experts, who need trust from communities to encourage vaccine uptake, into objects of suspicion.

Covid ID cards are the wrong solution to the wrong problem. They will not address vaccine hesitancy, and in fact, threaten to encourage it. They will not prevent infections or mutations. They will not assist the economy, because they perpetuate the conditions under which it struggles. And they distract us from the very rudimentary things we should be doing to suppress the virus.

They pose a threat to civil liberties and racial equality, certainly. But they also fail on their own terms.