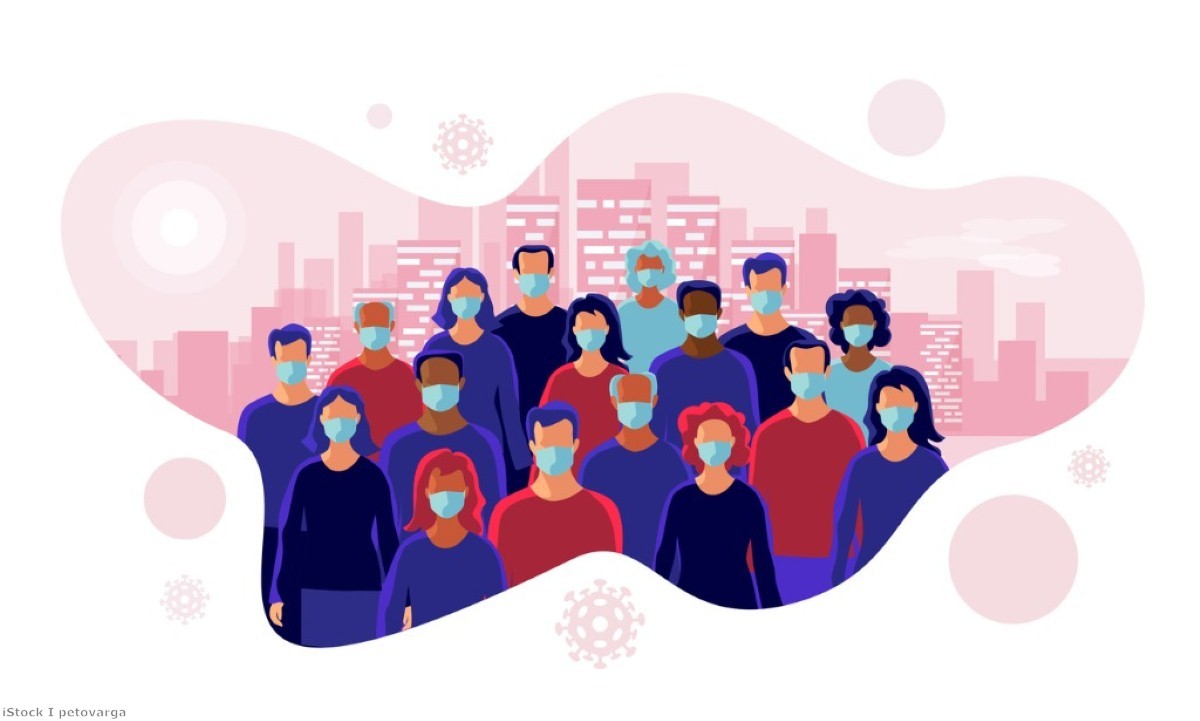 Forget about masks: the real covid culture war has only just begun

The box-office coronavirus culture war already seems to have faltered. People still grumble about their masks but they mostly wear them, both because they have to and because they want to stop the virus. The US-style backlash and protests just haven’t caught on as widely or fervently as their proponents hoped.

The problem is that this isn’t the real gulf at all. The row over face coverings has in fact masked a much larger and more serious split, one which could impact Britain’s society, culture and economy for years to come. It is the division between those who intend to live their lives as normal and those who cannot.

The seeds of this divide were planted at the beginning of lockdown. As early as the start of April, officials were touting the idea of ‘immunity passports’, where those found to have covid antibodies could use some kind of certification to re-enter society, while those without them would stay locked down. That played into the herd immunity strategy, as it would in effect incentivise people to get sick. There was a vague dystopian notion that your social and economic value would hinge on whether you had had the virus or were waiting to get it.

In the end, that idea never transpired. But it was replaced by something else: a division regulated not by certificates but by individual will, and fear.

The first thing to note about this new culture war is that neither side is an enemy, or in the wrong. Both new groups have valid reasons to behave as they do. The life-as-normals are desperate to resume the habits and activities which defined their identities and made life happy and meaningful. Most want to do so safely. Meanwhile, the self-restricting may have health conditions or anxieties, or simply observe the widespread breakdown in social distancing in public and private spaces and consider it not worth the risk. The virus has amply demonstrated its lethality. It is reasonable to fear it.

The second thing to note is that the government is to blame. Under the meaningless banner of ‘common sense’, ministers urge us to ‘eat out to help out’ and return to offices, even as they lock down parts of the country and remind us that infection rates are rising. In the usual win-win game of abrogating all political responsibility, they will condemn those who re-enter society for spreading the virus and those who don’t for crashing the economy. Whatever happens, we must never blame the government for issuing guidance, just the public for following it.

And yet just because this divide has been stoked by the government, it still exists, and leaves us all with individual choices to make. There is no neutrality here: we judge that it is safe to go out, or we judge that it isn’t. We choose to see our friends in the busy café, or we choose not to. That choice matters.

It’s currently unclear how many people are declining to go back to normal. Over 2 million people have been shielding. The streets in London can still feel eerily quiet even at rush hour. Anecdotally, most of us know people who are determined to live their pre-virus lives and others who are more or less continuing lockdown unchanged.

If the government wants us back to normal, it should be worried. According to a recent YouGov poll, 49% were uncomfortable returning to pubs, with just 28% comfortable doing so.  A further poll last week revealed that 53% probably or definitely wouldn’t take advantage of the restaurant discount scheme. This corresponds with a general sense of unease: YouGov found that 74% feared a second wave of the virus and only 21% did not.

This kind of voluntary segregation could bring significant consequences on a social and personal level. A fear of missing out could encourage some people to put themselves at risk, while others who stay home could find themselves cut out of friendship and support networks. The splitting of such groups could foster deep resentments. Mental health problems may emerge in people who felt isolated in the lockdown and re-isolated in its ending.

The most visible problem, of course, will be economic. Returning to normality doesn’t simply mean going back to pubs and restaurants, but also workplaces. Significantly, nobody is being forced to go to the pub, but some employees are being forced back to their jobs – even if they consider them unsafe. Hundreds of thousands of people with health risks or anxiety are now facing two unenviable outcomes: a situation where they cannot return to economic activity while their colleagues are, or where they are in fact dismissed from work altogether.

The former will breed a two-tier society where people are, through no fault of their own, trapped in a form of work paralysis, denied the pleasures and rewards of their jobs, and prevented from progressing with their careers. The latter will be a form of outright – yet lawful – discrimination, and could bring rapid poverty. Both will create not only a social stratification but also a monetary one, where those with fewer health problems or anxieties also end up richer and with better careers. Economists have talked of a K-shaped recovery, where some groups quickly rebound while others move in the opposite direction.

The deepest sting is that this new division feeds into wider disadvantages that don’t depend on personal choice. Already we can see a geographic disparity, with Leicester and parts of northern England facing restrictions that other places do not. Given that poorer people have been more exposed to the virus from the start, we could find that it is the less well-off parts of the country that frequently return to lockdown, while richer areas keep their businesses and leisure activities open. That will further exacerbate the economic and health inequalities, and gap in quality of life, which already existed.

It is also not just about geography or income. The aftermath of the virus will increase the gaps between able-bodied and disabled people and deepen the divisions across age groups. Far from a society coming together after the torment of the Brexit years, we could be about to re-solidify divisions on some of the old lines and separate further along new ones.

Perhaps the most poignant element of all this is that there did seem to be a national coming together in the lockdown months. Certainly, much of that was superficial or, by its very nature, temporary, but events such as the clapping for carers appeared to engender a broad solidarity.

As the recent report from the Together campaign suggested, people no longer feel that shared purpose. Covid had a harder impact on those who could not work from home, but it restricted everyone’s social and family lives in the same way, regardless of class or wealth. People accepted that, because we had the single task of curbing the death toll and saving the NHS. Now those restrictions no longer apply, and we do not necessarily understand what we’re meant to be doing or where the government is taking us. Individually and in groups, we are diverging far and fast.

Now is the time to get to grips with this problem. As we face the trauma and anxiety of a potential second wave, and months or years of localised restrictions, we risk breaking into two solid and distinct categories which will define and divide us. If the government refuses to unify us, we must do it for ourselves. So forget about the culture war on masks. The most difficult and damaging problem has only just begun.