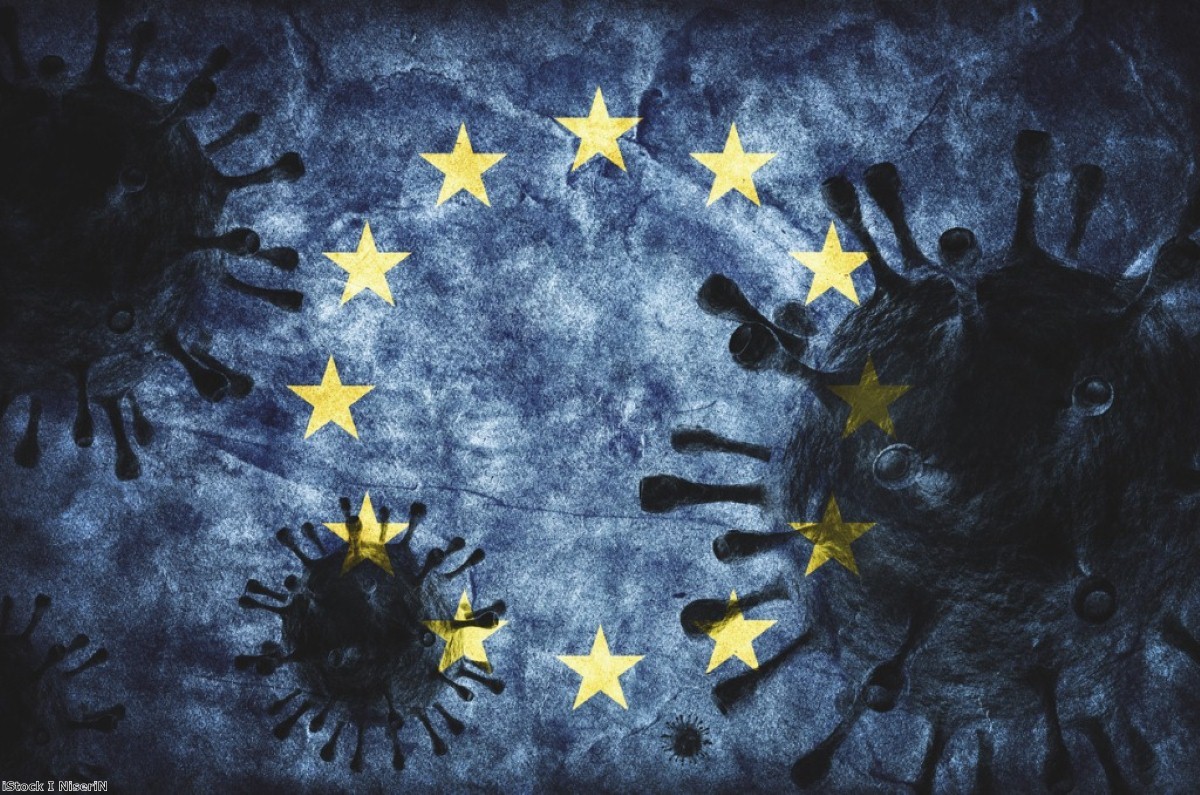 The myth of a lack of EU solidarity

The coronavirus crisis hit the EU with full force. It has exposed, as you could read over and over again, the EU's fatal flaw: a lack of solidarity. You will have read the story in the Guardian. Or in the Telegraph. You will have watched it on the BBC. And on ITV. If you listened closely, you probably heard the trees whisper it late at night when you fell asleep.

The recent Franco-German proposal to allow the EU to borrow €500bn and give grants to member states to tackle the fallout of the pandemic seems to have silenced the complaints about a lack of solidarity for a brief moment. Before they inevitably reappear, it is worth reflecting on a narrative that is by now well established. What if they're wrong? What if the fatal flaw of the debate is not a lack of solidarity but the very way we talk about solidarity between states?

Many who lamented the lack of solidarity played fast and loose with the facts. They pointed out that Russia and China sent Italy medical aid, but failed to mention aid by EU member states. Germany sent 300 ventilators to Italy and treated more than 200 coronavirus patients from France, Italy and the Netherlands, for example. Poland and Romania sent doctors and nurses to Italy. And so on.

They decried that a €540bn emergency package agreed by EU member states was puny, but did not acknowledge the €750bn programme of the European Central Bank.

When called out for omitting facts, they dismissed the criticism with a sigh: 'Yes, there might have been other things, but what you mention certainly falls short of solidarity.'

Do they have a point? More solidarity would have been possible, surely. But how do you set the bar for the right amount of solidarity? Do you compare the EU with a country like the US? The EU is not a country. Nor, let us be honest, is the US currently a model for solidarity in a state.

Or do you define the bar of solidarity by what is ideal? If you do, I am the first to say that the EU falls short. I wanted to see coronabonds weeks ago – yet they still do not exist. But people disagree about what is ideal. Both Matteo Salvini's Lega and Silvio Berlusconi's Forza Italia voted against eurobonds in the European parliament. The truth is: few things in life live up to anyone's ideals. And none do in politics, anywhere.

The discussion about solidarity compares incomplete descriptions of facts with unreachable ideals to reach untenable conclusions. That might sound bad. But it is actually worse. The debate about solidarity is also counterproductive, because rather than discussing how we can show more solidarity, we spend our time blaming others for lacking it.

Consider, for example, the export restrictions on personal protection equipment passed in several countries, which caused such a stir. Germany passed its restrictions on March 4th. When explaining why, the government pointed its fingers at France, which had introduced its own measures the day before. France, in turn, accused Germany of a lack of solidarity over coronabonds in the days before Macron and Merkel announced their proposal. In the Italian debate, both the French and German export restrictions were held up as evidence for the lack of solidarity in the EU, while the debate passed quietly over the fact that Italy had passed its own export restrictions for personal protection equipment on February 25th.

And the UK, you might ask? You will have seen the Telegraph articles, the Guardian op-eds and the BBC pieces pointing fingers at the EU, Germany and France for lacking solidarity. But have you seen any discussions about UK solidarity? What aid, if any, did we give to Italy, France or Spain? Or, if leaving the EU means we no longer care about Europeans, what aid did we give to Latin America? The reality is that much like everyone else, we love to point the finger at others for lacking solidarity, but fail to look at ourselves.

It is time we change tack. Solidarity is a noble concept. It has a long history. León Bourgeois, one of the fathers of the League of Nation, discussed it in his 1896 book Solidarité. It has even entered discussions of international law. But the political discussion about solidarity has become a circular exercise in finger-pointing.

It is a distraction for the debate we need to have. How do we address the problems we face in a globalised world? How should the cooperation of states be organised so that we all benefit? Which level of governance do we want to be in charge of a certain policy?

Macron and Merkel have made a proposal on how the EU should tackle the economic fallout of the coronavirus crisis by way of grants. They are right not because their plan satisfies some abstract notion of solidarity, but because it can work.

Currently, even within the EU, states are legally permitted to impose export restrictions on PPE in a health emergency. This is wrong, not because it falls short of ideas of solidarity, but because it leaves everyone worse off.

These issues deserve a thorough debate on their merits. Pointing fingers helps nobody. It only detracts from finding answers.

Holger P. Hestermeyer is Shell Reader in International Dispute Resolution at the Dickson Poon School of Law. His latest book, Eigenständigkeit und Homogenität in föderalen Systemen, discusses the opposing themes of unity and diversity in federal systems. You can follow him on Twitter here.