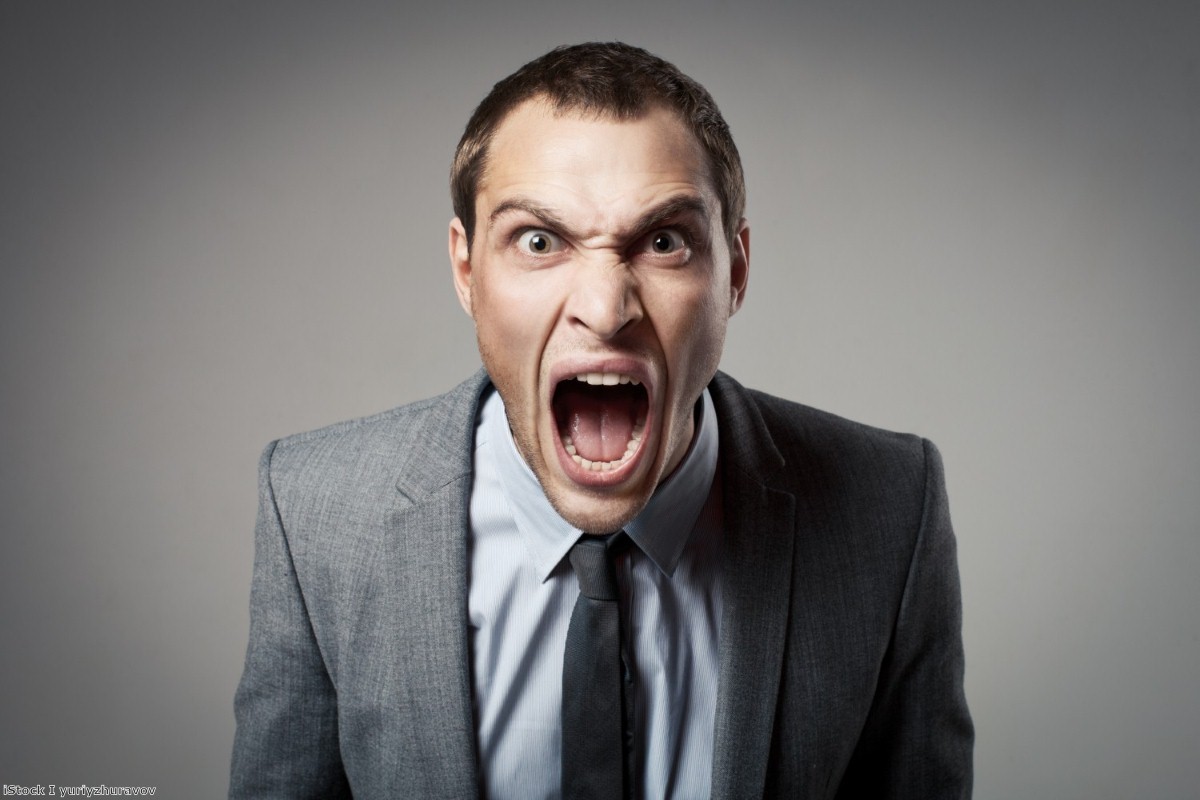 A video went viral last week. I'm not going to bother linking to it, as the producers of Question Time have done quite enough to pump our public sphere full of sewage as it is, but if you spend any time at all huddled round the trashfire that is politics Twitter, you'll know which one I mean.

In it, a middle aged woman rages about the impact immigration has had on Britain and its public services. She uses phrases like "flooding", "sinking", "common sense" and "enough is enough". She even – this would feel a bit on the nose if her lines had been scripted – mistakenly believes the nation state she's describing is called "England". At time of writing, it's had nearly 4,000 retweets.

The main thing that struck me about all this, besides its sheer awfulness, was how familiar it was. The clip is reminiscent of many, many others, in which an increasingly-puce member of the public is gradually consumed by their own self-righteous fury that they are being ignored. In their telling of the world, it's clear that there's an 'us', the ordinary people who are presumed to share their reactionary, common sense views, and a 'them', an establishment composed of politicians, journalists and experts, whose primary role in life is to trample the us.

These clips are not always about immigration. Sometimes they're about Brexit, where the people's clearly stated preference for complete separation from the European Union with no economic consequences whatsoever is, for some reason, being ignored. Sometimes it's the management of the state, where all they want is better public services without having to pay higher taxes, which is perfectly reasonable isn't it, and yet that demand too is going unmet.

In each case, the speaker seems convinced that the best way forward is both obvious and cost-free – and so, the only possible reason why politicians might withhold it is because those particular politicians are venal and quite possibly corrupt.

At any rate: whatever the topic, you will find a noisy minority of the public who are furious, partly because of the state of the country, but largely because they aren't being listened to.

Here's the thing, though. We shouldn't be listening to them. They're wrong. And, by pretending they’re not, we're screwing up the country.

One way in which they're wrong of course is in their belief that reactionary views aren't being listened to. It is difficult to look at the British press, the airtime given to Nigel Farage, or indeed almost any episode of Question Time and come away with the impression that you are not allowed to talk about immigration. Nor is it just that these views are expressed. The government's steadfast commitment to screwing over foreigners whenever humanly possible suggests they're guiding policy, too. You can say a lot about people who worry about floods of migrants overwhelming the country, but one thing you can't say is that they're not being listened to.

The views themselves are wrong, too – not just bigoted, but demonstrably factually incorrect. They're wrong about the numbers. They are smaller than assumed. They're wrong about the costs. Migrants are a net benefit to the Treasury, paying in more tax than they take out in public services, many of which, incidentally, are going to collapse if people stop coming from abroad to staff them. And they're wrong about the main source of pressure on those services – a decade of austerity has done far more damage than the expense of hiring a few translators ever could.

So why does the idea these people are being ignored persist? Partly perhaps because reality is stubbornly refusing to conform to their fever dreams, but also because, somewhere down the line, our political discourse has conflated listening to people with giving them what they want. They want a country that looks like it did in 1973. That country has yet to materialise. Ergo, they are being ignored.

Thing is, though: you can't always give people what they want. Sometimes what they want is bad. Sometimes, the things people want are incompatible with other things they want. And sometimes, pleasing one group will mean disappointing another. Politics is about trade-offs, and by highlighting the anger of particular groups as if it's especially righteous or legitimate, all the media does is make it harder to be honest about that.

I don't envy the politicians whose job it is to explain all this. Telling voters they're wrong is never a good look. Some have cited the two-faced way Gordon Brown dealt with Gillian Duffy as the original sin in Britain's immigration debate, but it's hard to imagine the 2010 election would have gone better for him if he'd called her a bigot to her face.

But perhaps there's a third way. Over the weekend Kerry McCarthy, the Labour MP for Bristol East, responded to a constituent haranging her on Twitter by replying: "There is a difference between 'being ignored' and people not agreeing with you after hearing the arguments." That's a formulation that won't work with everyone – sometimes, people are just going to keep shouting – but at least she's being honest.

All the talk of very real concerns has not just meant that bigotry goes unchallenged. It's also allowed some sections of the electorate to live in a fantasy world in which they can have everything they want and there are no difficult choices. Given quite how bad a state that's allowed this country to get into, perhaps we could now try something else.

Jonn Elledge is a freelance writer and a former assistant editor of the New Statesman.