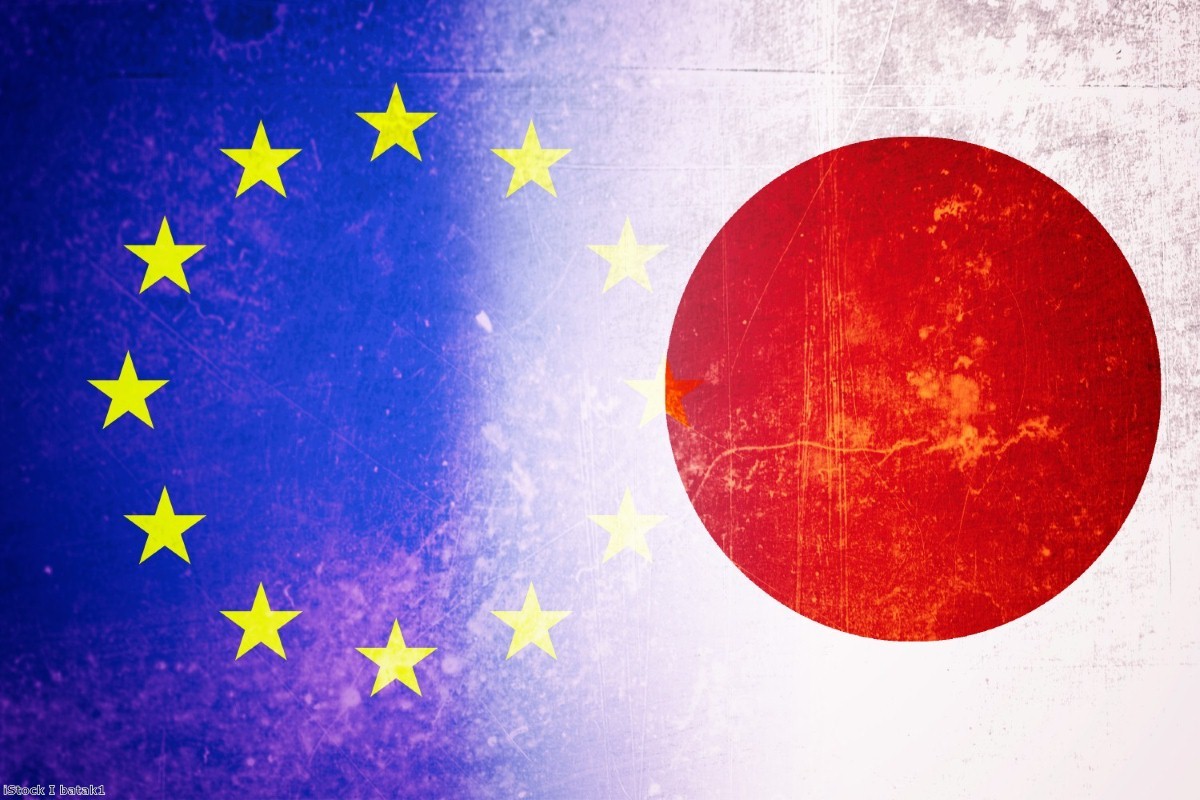 The EU-Japan trade deal that was ratified by the European parliament this week and will take effect in February next year is the largest struck in EU's history. It is, quite simply, a stunning success for both sides, and yet another blow for the prospects of post-Brexit Britain.

Often referred to as the 'cars for cheese' deal, it provides unprecedented access to the European market for Japanese car manufacturers, while slashing taxes on agricultural exports from the EU. It removes 99% of tariffs applied to Japanese goods by the EU and 97% of the ones applied to European goods by Japan, saving the EU approximately €1 billion in duties per year. Trade between the two already sits at a healthy €130 billion and this deal will only bring about closer ties.

There is already talk that Toyota and Nissan will pull investment from the UK and their respective Derbyshire and Sunderland factories. Now that they have access to the rest of Europe almost completely free of tariffs on goods trade, what motivation is there for them to keep their money in Britain?

Brexit has already cost the UK thousands of jobs. A survey by Politico recently found that one in five UK manufacturing jobs are at risk because of Brexit, with 11% of companies in the sector having already lost contracts. Almost two-thirds of manufacturers say they will have to raise prices to offset against foreign currency, with additional costs already hitting consumers.

This week, Rolls-Royce became the latest business to take its operations onto the continent, transferring some of its high-skilled design jobs from Derby to Germany in anticipation of the establishment of a hard border with the EU.

The EU-Japan trade deal just underlines these consequences and the inevitable economic outcome of Brexit: a drastic setback for the UK's international trade.

Almost 50% of our trade is directly with other EU members, with another 17% through over 50 EU trade agreements with countries around the world. All in all, two-thirds of our global trade is with and through the European Union.

There is no way that the remaining third can replace what we are losing by exiting the European Union.

Take the Commonwealth, for example. These 52 close allies, including India, make up just nine per cent of our total trade.

India has only nine free trade deals with any countries in the world, and not one with a Western trading partner. If it were to strike up any, it would be far more inclined to do so with the European Union. An EU-India Free Trade Agreement (FTA) is far more appealing to Delhi than a UK-India FTA. Trade between Europe and India has tripled since 2000 but the UK’s share of EU-India trade fell from almost 30% to ten per cent in that time.

Talk of a free-trade deal with India is pie-in-the-sky with the hostile immigration policies of our current government, compounded by the fact India continually feels as if it is being discriminated against by Britain compared to China.

Indian restaurants cannot bring over the skilled chefs they need due to a minimum wage threshold for skilled workers. Indian immigrant workers are restricted in where they can work in the UK, as are doctors and nurses. For as long as the government holds this economically illiterate approach to immigration, there's be no India-UK trade deal.

Things look slightly warmer in the US. One survey by Emerson College in Boston this week found that more than six in ten Americans hope for a UK-USA trade pact soon after Brexit. But President Trump is one of the fiercest critics of Theresa May's botched Brexit deal and, even with the best of relations, a trade agreement would take years to negotiate.

The Brexiters also talk about how Canada secured its free trade agreement with the EU, saying we could do the same. But it took seven years and thousands of pages for Canada to reach this agreement, plus it is nowhere near as comprehensive as being within the EU, which is the ultimate free trade anyone could have and indeed the biggest free trade area in the world.

The British government talks about going global and striking free trade agreements with countries around the world. But this latest news demonstrates once again that 'Global Britain' is a load of nonsense. We already are global Britain – one of the most global economies in the world. And this is thanks to being a part of the customs union and the EU.

The EU and Japan between them make up one-third of the world’s GDP. We're about to lose access to all this.

The advantages of remaining in the EU are growing, not diminishing. We need a People's Vote to break out of this spell and prevent the Brexit train-crash.

Lord Bilimoria is founder and chairman of Cobra Beer and the founding chairman of the UK-India Business Council.