The ‘Boris effect’ will not save Tory election hopes

The Conservative party are banking on Boris Johnson to "rescue" their election campaign, as most polls show the party trailing behind Labour.

According to the Times, ministers believe that the so-called "Boris effect" is crucial for the party to win over undecided voters.

Transport minister Stephen Hammond tells the paper that: "Boris is Heineken — he reaches the voters other politicians don't."

But is this actually true? Of course there is little doubt that Boris is a popular figure. His approval ratings remain high and he has won two difficult elections in the capital. But is there any evidence that this personal popularity has created a "Boris effect" which galvanises voters behind his party?

Let's take a look at the Tories' performance in London since Boris first became mayor. In 2006, when Johnson was still the MP for Henley, the Tories held twice as many boroughs in the capital as Labour.

In 2010, after two years of the Boris effect, Labour had won an extra ten boroughs giving them a clear majority. The Tories also did much worse than expected in the general election that year, losing a series of key target seats to Labour.

By 2014, Labour had won an additional three boroughs, putting them on 20 London councils, with the Tories holding just nine. 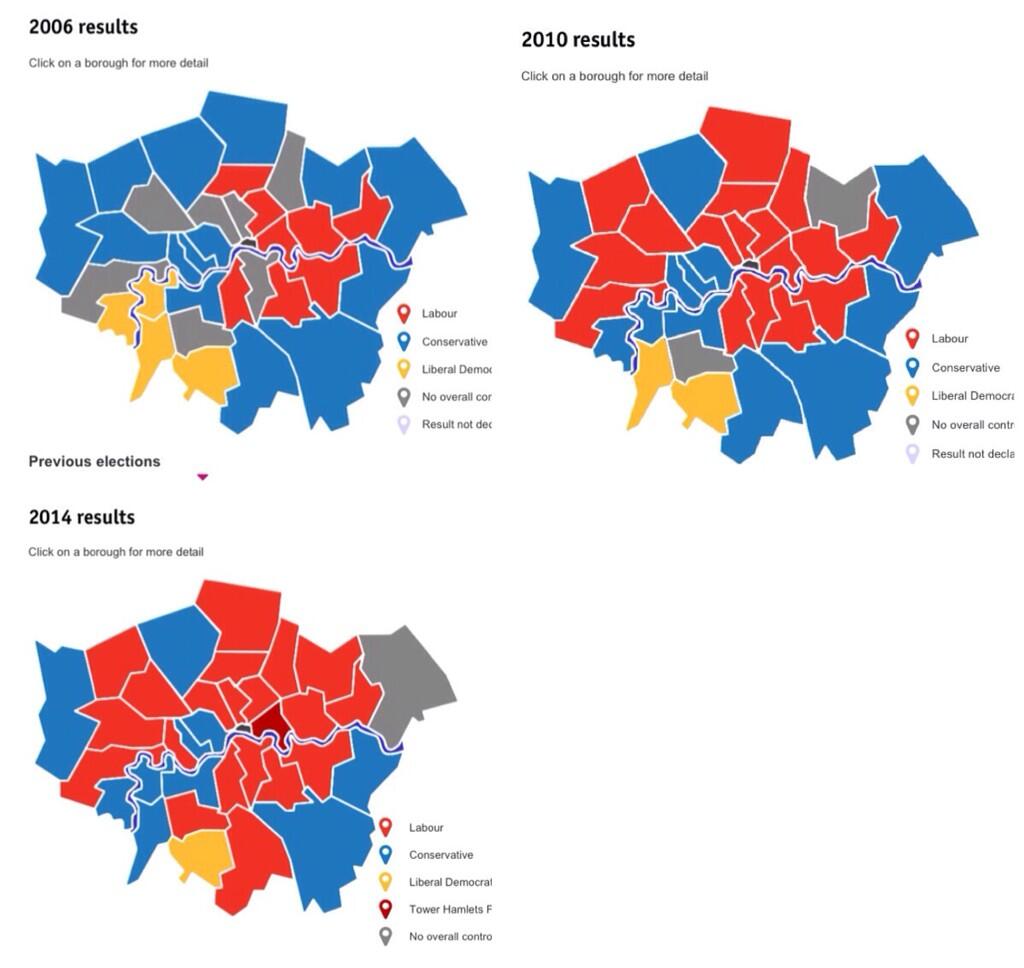 This decline is set to continue. According to a new YouGov poll out today, the party is on course to lose another four key London marginal seats to Labour in May. Far from galvanising people behind the party, the "Boris effect" has overseen a remarkable exodus of voters. If the route to a majority goes through London, then the Conservatives are set to be held up in traffic for another five years.

So why has Boris's personal popularity failed to translate into extra votes for the party?

Part of the reason is that Johnson has deliberately not defined himself as a Conservative in voters' eyes. He has won two mayoral elections on a distinctly centrist and liberal platform. Even the politics of austerity, which has defined the party nationally, has been absent from Boris' politics. True there have been cuts in London to police and fire stations and Tube ticket offices, but these were all announced and implemented after he had stood for his final election in the capital. Further cuts to the police will only kick in once he has left City Hall for Westminster.

He has also spent much of his mayoralty distancing himself from David Cameron and the Conservative-led government. A series of rows over Crossrail, housing benefit cuts and airports have all been staged in order to make Johnson appear as an independent non-partisan politician. His recent good behaviour on that front has only come since he announced his intention to stand for parliament.

This strategy has been highly effective in securing Boris support both among Conservatives, Liberal Democrat and even Labour voters. Tellingly, Ukip voters are particularly keen on Johnson according to today's poll, with 65% in London saying he is doing a good job.

But while this cross-party appeal has done wonders for Johnson's own career prospects in London, they have coincided with a continual decline in the prospects of his own party.

Tory hopes that Boris can "rescue" their election campaign therefore look misplaced. While the "Boris effect" is undeniably real, it's only beneficiary appears to be Boris Johnson himself.