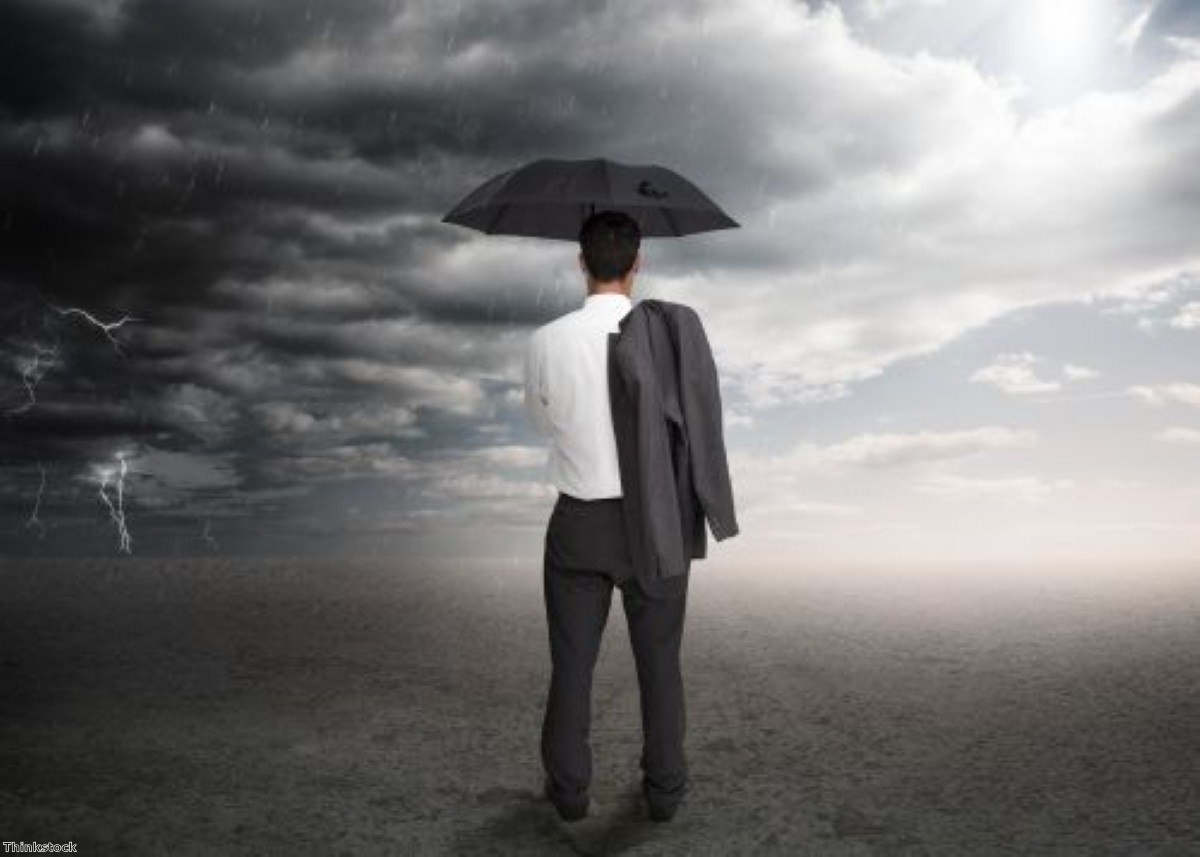 Week in Review: Why sunshine won’t win the day

There are less welcoming places than a Conservative party conference, but they are all in war zones. This year's gathering in Birmingham had all the comfort of a metal railing on a winter's day. There would be billions more cuts, reductions in working age benefits, clamp-downs on free speech, welfare cards for claimants and the Human Rights Act would be scrapped. There was as much emotional warmth as a Victorian marriage.

Remember 2006, when Cameron made his first speech as Tory leader? It may as well have been a lifetime ago. He called for "sunshine to win the day". He warned the party it was alienating voters by banging on about tax cuts and Europe. "Our party's history tells us the ground on which political success is built," he told delegates. "It is the centre ground. Not the bog of political compromise. Not the ideological wilderness, out of the fringes of debate. But the solid ground where people are."

Just like his predecessors, William Hague, Iain Duncan Smith and Michael Howard, he started on the centre and moved steadily right-wards. By the time 2014 rolled around he was arguably further to the right than Howard.

The Tories pledged £25 billion in spending cuts for the next parliament and unwrapped an empty hole where £7.2 billion in taxes should be. So somehow a Conservative government will need to cut public services and welfare by £32.2 billion. "Now I'm not going to pretend that will be easy," George Osborne told delegates, "but nor is it impossible". It may not be impossible but he should be clear what he's doing: hollowing out British public service provision. All that will remain are tatters and private sector contracts. The effect on the armed forces alone will be chilling.

Tax rises have been all but ruled out, leaving the chancellor with few options for how to match his actions to his promises. But the manner in which he started the task was revealing. He protected pensioners, who are more likely to vote Tory, and set his sights on working-age benefits. The people working and still struggling to make ends meet – supposedly those the Tory party wishes to help – would be penalised first and hardest.

Theresa May strode on stage confidently to unveil plans for a radical restriction on free speech. The home secretary was introducing so-called extremism Asbos. She talked a good game about British values, but the proposals were terrifyingly vague. Communists, anti-abortion campaigners and many Christian preachers would be included under the definition as it stands. Anyone holding what the government considered to be 'extreme' views would need police authorisation before posting messages on social media. You did not read that wrong. That was what she proposed.

Iain Duncan Smith announced plans to pay out benefits to people on special cards which could only be used in certain shops and on certain products. The evidence is that payments on a card system, which have long been used for failed asylum seekers, create hunger, social stigma and isolation. This does not appear to have dissuaded him from expanding their use and quite possibly did the opposite.

Chris Grayling voiced the first warning that the Tories would distance Britain from the European Convention of Human Rights and scrap the Human Rights Act. When the plans were published toward the end of the week they were slightly more moderate than he had suggested, but the central message was clear: citizen's protections against state power were to be significantly watered down. Legal safeguards would be weakened. Subjective assessments of an individual's 'rights and responsibilities' would be factored into appraisals of their legal entitlements.

Of course, by the time he had a chance to unveil his plans, Grayling was again being slapped down by the high court – an event now so predictable you could use it to tell the time. The lord chancellor had constructed a fake consultation on compensation for mesothelioma sufferers, so he could strip them of 25% of their pay out. Evidence emerged during the trial that he may have done so in a secret agreement with the insurance companies. Even for many Conservative commentators, the justice secretary is now an object of scorn and ridicule.

Cameron's closing speech to the conference was celebrated as a more upbeat effort than that of his ministers. This, apparently, was the good cop. Positivity was really a euphemism for tax cuts, which were promised to middle-earners, although the rich will disproportionately benefit.

Cameron's speech was relatively well delivered. It is not an art form he excels at and this was one of his better performances. In fact, the conference was marked by middling politicians projecting themselves much better than usual, specifically in the form of Osborne, who somehow looks younger than when he entered government, and May, who is developing a surprising habit of dominating a stage.

But the press reaction was not really about the performances. The truth it's already on an election footing. It has entered that stage in the electoral cycle when it becomes a semi-autonomous offshoot of the Conservative party press office. Consider for a moment what would have happened to Ed Miliband if he had made £7.2 billion of uncosted promises. They would dined out on him like sharks on a bloody stump. When Cameron did it, it was celebrated as the eloquence of a statesman.

If Miliband had provided one solitary reason to look forward to a Labour government last week, it would have seemed very unjust. But he didn't, so it was merely irritating.