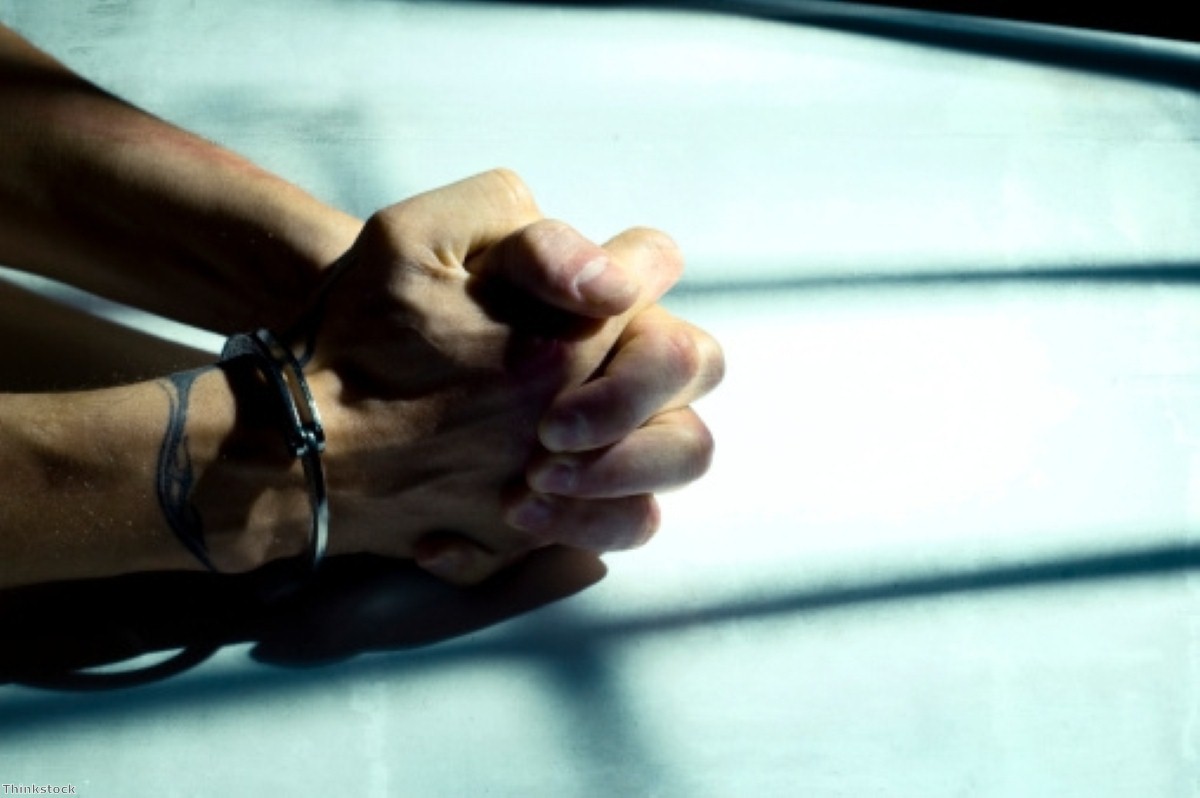 Of all the things that happened to Dr Paul Hamilton, the most troubling is that the authorities didn't tell him his visa application was rejected.

Originally from the US, Hamilton spent years in Britain as a Shakespearian academic, completing his PhD and setting up various conferences, as well as giving lectures and working on educational podcasts. When his course ended last summer, he applied for leave to remain. It was rejected. But no-one told him.

The decision to remove was taken on December 9th. December passed with no word from the Home Office about his application. As far as Hamilton knew, it was still to be decided. Then, on January 17th, police turned up at his door. They had held onto the letter of rejection until the maximum period of six months had passed and then swooped in to arrest him. There was no warning. There had been no demand for him to leave the country. The first Hamilton even knew of the rejection was when the police turned up at his house and arrested him.

"Detention is only supposed to be used when there's no reasonable alternative possible," Hamilton tells me on the phone from Morton Hall immigration detention centre, where he's been for the last nine days.

"Everyone in the process knew this was wrong. The arresting officer was very disturbed by it. The sergeant at the police station refused to process me. He said it was ludicrous, that when he arrests someone he has to be able to tell them why and that there has to be some notion of proportionality. He said he was sorry and embarrassed, but he had no jurisdiction against the Home Office."

Hamilton is commendably calm and logical in his description of what has happened, but you can still hear the sense of shock and betrayal in his voice.

"It's a terrible shock to be arrested in front of your neighbours," he says. "I spent 12 hours in a prison cell. Then at 11:30pm they put me in a prisoner transport van with other prisoners. It took six and a half hours driving on backcountry roads to get here [to the detention centre]. We arrived about 5:30am and then I had to be inducted, which took another hour and a half. It was basically a 24-hour ordeal. But it didn't end, because I was here in prison. There was no way to be released."

Once you get locked in a detention centre, the bureaucratic inertia of the place takes over. It’s like a kind of quicksand. Your feet are in and it just starts dragging you further and further down.

"I have no idea how long it will last," Hamilton says. "I was told I would get a court date today. I was supposed to get one Friday, then yesterday, then they say well 'we'll talk tomorrow'. We submitted our bail application at 11am last Wednesday. Still nothing. And that's not for a decision. That's just to get a date."

The sudden change of circumstance was shocking for the academic. "The predominant feeling is degradation," he explains. "At 11:30pm, when you're in bed, there's this process. There's a peep hole in the door. An officer opens it, peers in and shines a light on you while you're going to sleep.

Detainees rely on faxes to send crucial documents to their lawyers, but the fax machines are usually out of order. Only one machine in the whole centre works and it obviously has a long line of desperate people trying to access it.

"Passing messages here is like passing dinner through a straw," Hamilton says. "Everything is delayed. You can't access email. The computers are ancient and they have so many security applications on them that it ties them up. The websites just don't load. I go from computer to computer trying to get it to work. You only get 15 minutes at a time. But my attorney needs essential information, like the name of my caseworker, for example."

The Home Office must be able to show that detention is being used as a last resort to facilitate someone's removal from the UK, although in the mass detention system which has gradually evolved that requirement is becoming more of a technicality. In Hamilton's case, they said the absence of friends and family – they underlined family – showed he lacked the social connections which would have kept him in one place.

"They said I have no close ties," Hamilton says, "but my friends put up £5,900 for me and paid lawyer expenses, which was £2,000, plus the cost of the expense of asking for bail. So I would ask: if I don't have any friends, then where did all that money come from? Because I certainly don't have it. I spent my life savings on my PhD."

Hamilton has an extensive network of professional connections and academic duties, from editing two literary journals and organising conferences, to coediting a Shakespeare website and working on podcasts. But none of that was enough to convince the Home Office he was not a flight risk

"My thesis was on the bookshelf when they arrested me," he says. "The idea is that I'm not trustable, that I'm going to – what? – go into hiding and become a car washer in Cardiff? I'm going to ruin my entire career rather than depart for the United States and continue with the application I'm preparing for academic grants? It's really disturbing. I even had an open plane ticket to take me back home in case the application didn't work out. I don't know what else I could have done to show I was being cooperative."

And that, for Hamilton and many observers, may be the clue to the whole thing. Perhaps Hamilton's treatment is intended to send a message to foreign students never to apply for leave to remain. After all, it’s not like he was informed of his failure to secure the visa and then arrested. The notification of the failure and the arrest took place at the same time. And the official reason for the detention – that he did not have a network of family in the UK – could apply to any international student.

This analysis is not a conspiracy theory. It is a reasonable interpretation of the Home Office's actions and the reasons it has given for them. And it chimes with Theresa May's desire to prevent any student staying in the UK after their course is over.

Hamilton will eventually get out of Morton Hall, although his view of the UK will likely never be the same. But the damage this kind of arrest does to Britain's reputation overseas will do untold harm to the further education sector. And that may be even harder to repair.

This afternoon, just over 24 hours after this article was published, the Home Office announced the release of Dr Paul Hamilton. In an unusual change from the standard Home Office insistence that they do not comment on individual cases, the department put out a statement about the scholar's detention. It has been copied in full below. Politics.co.uk has been unable to contact Dr Hamilton. Detainees often have their phones taken off them when they are released back into the community or deported. It is unclear which of these options is currently taking place.

"Mr Hamilton’s application for indefinite leave to remain in the UK was refused on the grounds that he did not satisfy the relevant criteria under the immigration rules. He has the option of appealing this decision once he has left the UK.

"The Immigration Act 2014 clearly states that a person who does not have leave to remain in the UK is liable for removal. Enforcement action may be taken to remove these individuals.

"All cases are carefully considered on their individual merits, in line with the immigration rules and based on evidence provided by the applicant."

Friends of Dr Hamilton have confirmed that he has reurned to his home to rest and prepare for his departure from the UK.