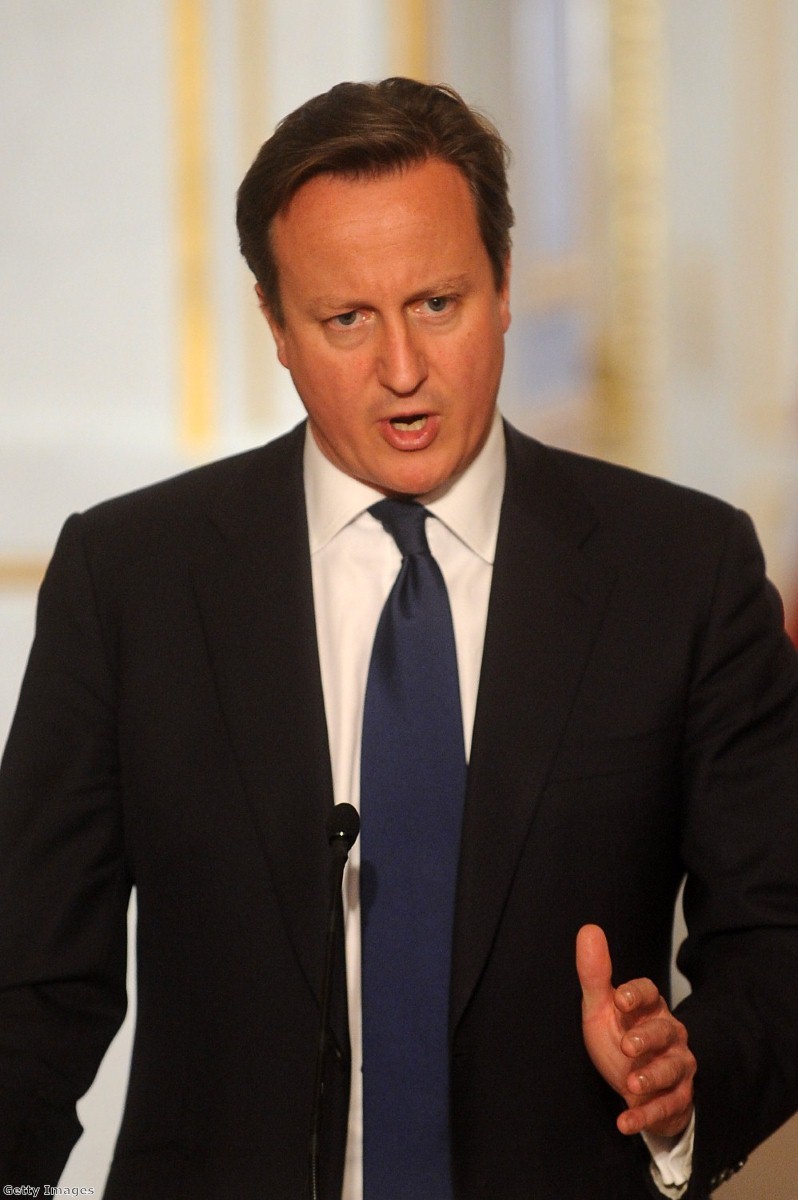 We are all victims of Cameron’s complacency on terrorism

David Cameron wants you to look at the causes of terrorism, but not too closely.

His speech on extremism and terrorism today suggests the Muslim community is "quietly condoning" anti-Western ideology and that this is behind the rise in British Muslims travelling to fight and die for Isis in Syria.

This is how Cameron operates, in case after case. It is not quite his fault. It is the fault of conservatism. When your primary analysis is that things should stay roughly as they are, you are liable to come up with highly superficial assessments of why they might have gone wrong.

The key section of Cameron's speech – which was briefed to journalists overnight – is worth quoting in full. It is rather clunky, I'm afraid, but revealing.

"The question is: how do people arrive at this worldview? I am clear that one of the reasons is that there are people who hold some of these views who don't go as far as advocating violence, but do buy into some of these prejudices giving the extreme Islamist narrative weight and telling fellow Muslims 'you are part of this'. This paves the way for young people to turn simmering prejudice into murderous intent.

"So if you're a troubled boy who is angry at the world or a girl looking for an identity, for something to believe in and there's something that is quietly condoned online or perhaps even in parts of your local community then it's less of a leap to go from a British teenager to an Isil fighter or an Isil wife than it would be for someone who hasn't been exposed to these things.

"Too often we hear the argument that radicalisation is the fault of someone else. That blame game is wrong – and it is dangerous. By accepting the finger pointing – whether it's at agencies or authorities – we are ignoring the fact that the radicalisation starts with the individual and we would be in danger of overlooking many of the ways we must try to stop it at the source. We need to treat the causes, not just the symptoms."

Cameron claims to be treating "causes not just symptoms" but his analysis is utterly superficial. He is willing to dig only so deep. He stops at the point an angry young person first encounters extremist propaganda. He resolutely does not ask what makes them open to it. The prime minister's main aim – currently being pursued in legislation by Theresa May – is to ban non-violent extremism. So he settles for the part in the causal chain where someone who is alienated and angry becomes open to more radical ideas.

Cameron is unwilling to go any further than this. His definition of a superficial question is: how do we stop them travelling to Syria? His definition of a substantial one is: how do we stop them going from alienation to terrorism? It does not seem to occur to him to ask: how did they become so alienated in the first place? How did we lose people, who were born in this country, who went to school with us, who talk in Yorkshire accents and eat Nandos and take selfies?

There are many answers to that question, but when someone mentions one of them, political opponents stop listening. We are not allowed to mention the brazen hypocrisy of British foreign policy or the deadening impact of inequality, because the right put their fingers in their ears. We are not allowed to mention the intellectual trends which have led many of our communities to give up on the notion of the individual, and liberalism, and democracy, because the left puts its fingers in its ears and stammers once more about whichever barren ghetto of identity politics it conquered last week.

Cameron is unable to ask himself questions that big. It’s not in his character and frankly it's not in the character of his party or his broader political movement either. So we get tepid offerings like this and are told it is somehow searching.

It would be tragic enough if this approach were restricted to terror and extremism, but it is not. Cameron's chronic short-sightedness is on display everywhere.

Earlier this week May met with her EU counterparts in Luxembourg to discuss the migrant boat crisis. She refused to take part in an EU-wide settlement programme to take the pressure off Italy. Her deepest analysis of the situation was to suggest that we needed ways to targeting the boats so that it no longer made sense for people to get on them. She could not seem to ask the next question which follows from that – what is it they are running from? What is so terrible it would lead parents to risk their children's lives on a shaky boat making a perilous voyage? How bad to do things need to be for them to risk their lives and that of their family?

Britain is unable to save the world singlehanded. But the fact that the government's entire response is essentially a security one of how to prevent the boats launching and occasionally save people when they drown shows how utterly uninterested it is in the big questions behind political problems. Assessing how to help war torn, economically broken, oppressive regimes is evidently beyond its capabilities.

This failure of vision and action is in evidence everywhere. After the riots, Cameron refused an inquiry into what had gone wrong. This was lawlessness, pure and simple, he said. Instinctively he felt deeper explanations – about poverty, or lack of male role models, or people brought up in a society with no higher values than the branding on their T-shirt, or the atomisation of community under late-stage capitalism, or the worship of money over public service – were the kinds of wishy-washy nonsense you came out with if you were foolish enough to do a sociology degree. So the social and economic conditions which give rise to such behaviour lie there still, unaddressed. Until next time.

On the banking crisis, the government refused to undertake the type of deep structural reforms which might prevent a rerun of the disaster which hit us seven years ago and instead adopted the short-term political goal of blaming Labour for everything, because it ran a historically insignificant budget deficit. This wasn't just party political hypocrisy – it also stopped us addressing the root causes of the crisis and preventing one happening again. On housing, the government fails to build the houses which are necessary to deal with arguably the greatest existing crisis in people's living standards and instead offers only short term gimmicks, like right-to-buy: the sequel, or actively damaging ones, like help-to-buy.

This is how governments behave when they have no vision but defence of the status quo. This is what lack of radicalism looks like: a disinterest in investigation and an unwillingness to take substantive action. Cameron accuses the Muslim community of abdicating responsibility when the truth of that charge lies closer to home.