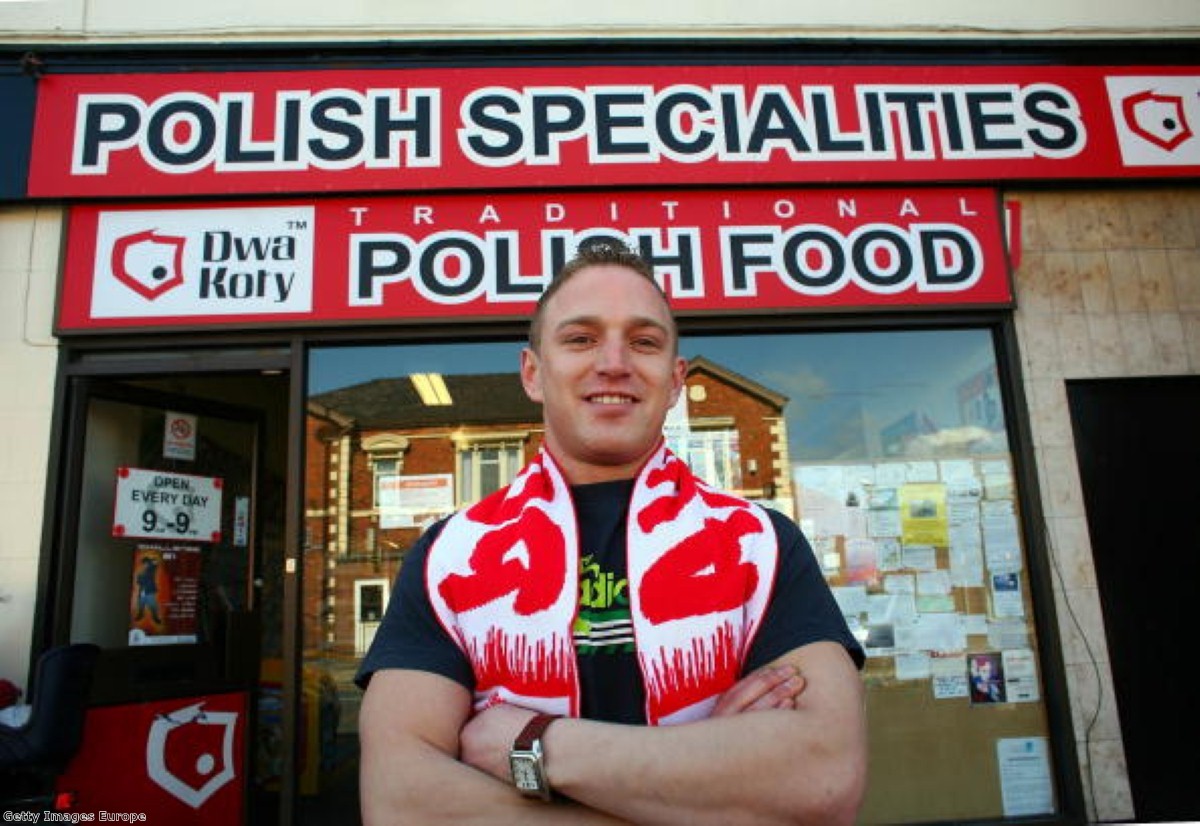 Can anyone explain why migrants should be banned from receiving in-work benefits?

Both Labour and the Tories are competing over which is best-placed to restrict tax credits from migrant workers. Both say that this will make the benefits system more 'fair'. But will it?

In-work benefits are by definition only paid to those people who are in work and pay tax. They are effectively a tax cut on our earned income. As Ken Clarke, pointed out over the weekend, EU migrants have to pay the same tax as people born in the UK, so why shouldn't they receive the same tax credits as well?

In fact, you could make the case that migrants are entitled to even greater in-work benefits than those born here. After all, the cost of educating and caring for them has already been paid out by another country's taxpayers. Many migrants workers also return to their country of origin so will not even be reliant on state care in their retirement. They are paying into the UK state while getting relatively little back from it in return.

The reason immigration has been so beneficial to the UK economy is precisely because of this imbalance. The free movement of labour means that we benefit from labour that costs us relatively little to produce.

A report by University College London found that between 2001-11, recent migrants contributed £25 billion to the UK. Over the same period people born in the UK cost us £617 billion. If anyone is claiming tax credits unfairly, it isn't migrants.

Between 2001-11 recent migrants contributed £25 billion to the UK. Over the same period natives cost us £617 billion.

So if it's not a question of fairness then what is it?

The second argument for restricting these benefits is that it would discourage immigration to the UK. A new report out today by think tank Open Europe argues that restricting in-work benefits to EU migrants would greatly reduce the pull-factor for new migrants.

So let's assume that Open Europe's claim is true. Would it be such a good thing? Would it not simply lead to many UK employers having great difficulty finding a workforce? Wouldn't many employers of low-skilled Labour face crippling labour shortages? Of course you could argue that these employers will simply have to raise their wages to a sufficient level to attract UK workers. But how likely is this to actually happen? Won't many of those employers just decide that it is far more profitable to export those jobs overseas instead?

Perhaps Labour and the Tories think this would be a good thing, but shouldn't they at least be asked about it?

There are also wider questions that need to be asked about this policy. By restricting in-work benefits from EU migrants, are we not explicitly making them second-class citizens? Are we not saying loudly and clearly that these people are somehow worth less than the rest of us?

These are all big questions that are simply not being asked at the moment. The rise of Ukip means that policy-making is now directed by prejudice and panic, rather than logic and reason.

Whether or not these anti-immigrant policies will swing a single vote is highly unclear. Tory attempts to out-Ukip Ukip have been tested to destruction at two losing by-elections. Labour also seem intent to make exactly the same mistakes as their rivals.

But while restricting in-work benefits to migrants may sell a few papers, there's little evidence that it will benefit anyone other than Nigel Farage.

This policy has the potential to have a massive impact on our economy and our communities. Labour and the Tories should think long and hard before including it in their manifesto next year.