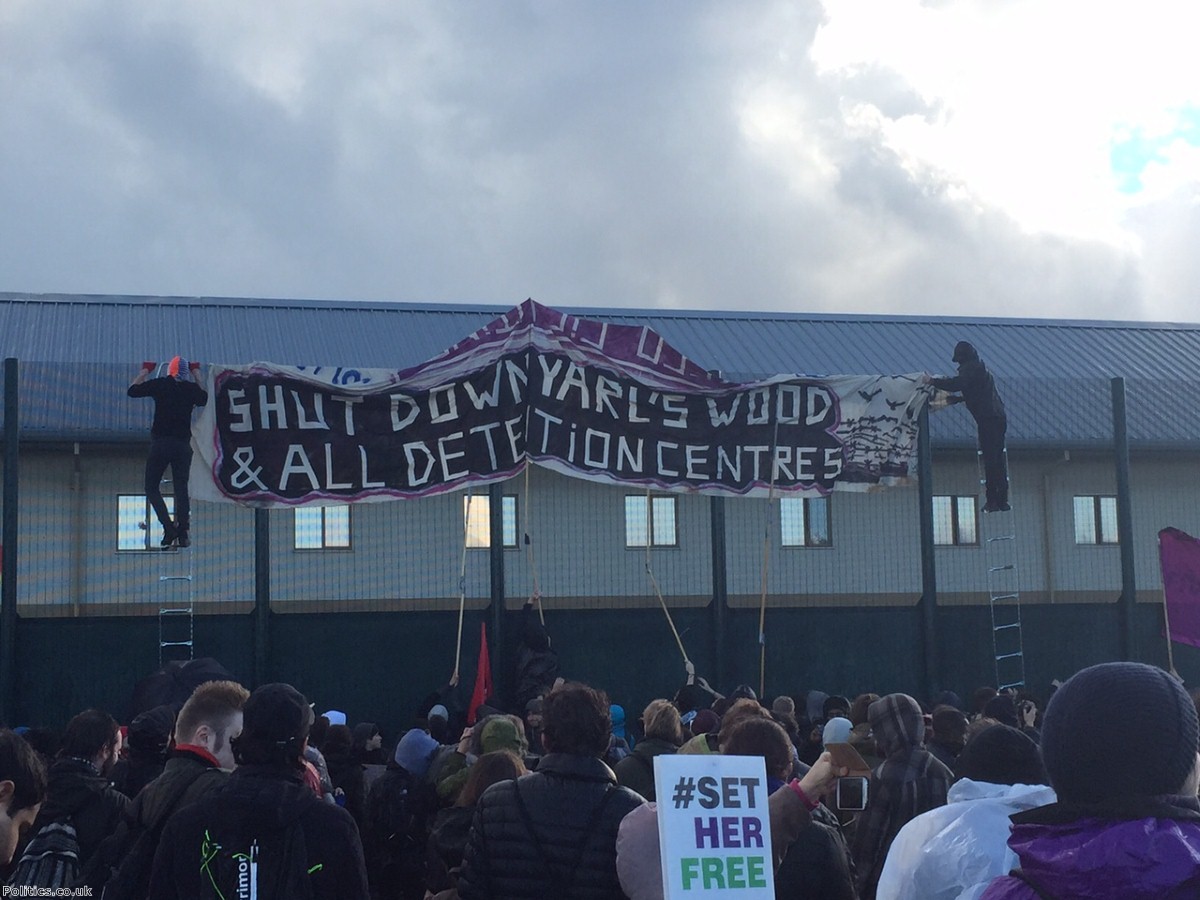 This week more than 100 women in Yarl's Wood detention centre went on hunger strike to protest against their treatment at the hands of the Home Office. It comes as the shadow home secretary Diane Abbott visits the facility today after a year of requesting access.

Research carried out by Women for Refugee Women revealed that 85% of Yarl's Wood detainees interviewed by the organisation said they were survivors of sexual or other gender-based violence. It is extraordinary that women who've already experienced such appalling treatment are then being locked up by the government. If this was happening under Donald Trump in America, there would be outrage, it would make international news. Instead it's happening in the Bedfordshire countryside and we look the other way.

Last night, former immigration minister Brandon Lewis was challenged about this on Question Time by the journalist Ash Sarkar. His response was to suggest that only "illegal" migrants are detained by the government.

"It's very important to be very clear about the facts," he began, before being very unclear on the facts himself.

"The people in detention centres are people who are illegally in this country and are there for a period of time until they go back back to their own country."

Sarkar told him that asylum seekers have been detained while their cases are still being reviewed.

"They are people who have escaped conflict, escaped torture, escaped sexual violence and we continue to lock them up. Do you think that's a just policy?" she asked.

If he'd simply misspoken in his earlier statement he now had the chance to correct himself. Instead he repeated the same false claim.

"What you've just said is wrong," he said. "Detention centres are for people who are being removed from the country or are going back to their own country who are in the country illegally. Asylum seekers go through a different process."

Yesterday on @bbcquestiontime, @AyoCaesar raised the issue of immigration detention with ex-Immigration Minister @BrandonLewis. She talked about the plight of hunger-striking detainees at Yarl's Wood IRC and research by @4refugeewomen. pic.twitter.com/VoGuP3FRfX

Very little of what Lewis said in this exchange is accurate. Let's start with the idea that people are only detained for a period of time before being returned to their own country. According to a report by the Inspector of Prisons around 70% of the women detained at Yarl's Wood are later released back into the community – not returned. This raises important questions about why they were detained in the first place.

Contrary to Lewis' assertions, Sarkar was right to suggest that asylum seekers are detained while their case is being reviewed. In the same report by the Inspector of Prisons it says:

"There were unacceptable delays in progressing cases, including deciding asylum claims."

As a former immigration minister you'd think he would know all this.

'Voke', who has survived trafficking and forced prostitution, was held at Yarl’s Wood for eight months in 2017 and says she tried to kill herself while she was in detention.

This is the reality of how the government is treating vulnerable women. They are now fighting back in one of the most difficult ways imaginable. It's shameful that they have to.