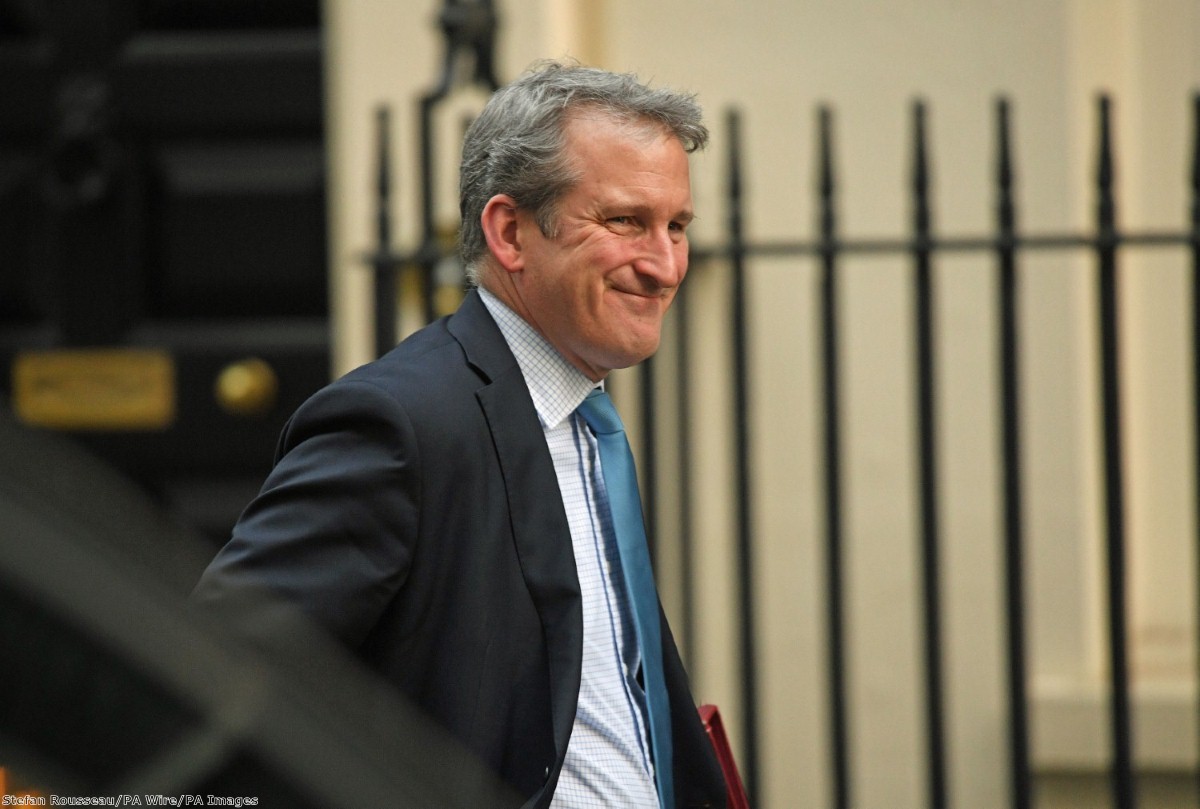 At the weekend Hinds brought history to life and at a stroke did more than any of the recent Vote100 celebrations to show why it really matters that women got the vote a century ago. He demonstrated that when men are in power they don't give a fig about women.

Hinds barely got his feet under his desk at the Department for Education before announcing that he was scrapping plans for compulsory sex and relationship education (SRE) in schools.

His predecessor, Justine Greening, had heard cross party calls to firm up SRE provision and remove the right of parents to pull their children out of the classes. But Hinds won't be following through, because he's a man.

Two of Hinds' ministerial chums – Michael Fallon and Damian Green – had to resign because they didn't seem to grasp exactly what is and what is not OK. Given his Today programme interview this week, it seems Green is still not sure what's a joke and what's not. Had they had some decent SRE perhaps they'd still be in their jobs. More importantly, their female victims would not have had to go through the initial experiences at their hands – literally in the case of Green – or the monstering they've received in certain sections of the press since bravely telling their stories.

Does he think the women at the Baftas were wearing black just because the men have been doing it for years? How nice it would be to see all those celebrities backing #MeToo at the weekend marching on the Department for Education to persuade Hinds to change his mind.

Starting young is the key to changing the sort of attitudes that lead to recent scandals, whether that be in Hollywood or Haiti.

Boys are taught from the off to disdain the female sphere. I spent a couple of years documenting the different ways boys and girls are treated when very young for my book The Gender Agenda.

One of the big unexpected lessons from that process was the way men and boys look down on the opposite sex.

While girls can 'trade up'  and take on traditionally male roles with relatively little comment – playing football, embracing engineering, punching their siblings – the same is not true for boys. They are trained to dismiss all that is pink, to have disdain for caring professions.

In the home kids see a clear division of labour between their parents. Research has found in every country in the world that women still do much more domestic work than men.  The message being that it's OK for women to do those boring, menial but hard tasks because they are worth less than men who have more important things to do with their time.

And a society that does not value women as much as men will always end in mistreatment and abuse, in creating men who do not take women seriously when they raise issues. Basically where we are now.

SRE is an opportunity to change that. The state can intervene to improve things.

And, yes, the state has a right to get involved. The state teaches about the ill effects of smoking because it's the NHS that has to clear up the cancer that results. The state can also set out what a healthy relationship looks like, how sex should be and what consent is because all the folk broken by bad relationships, abuse, sexual assault and rape are a part of that state and the equal of the men who also live within it and too often make the rules to suit themselves.

This shouldn't be about money, but a Bristol study put the cost to the city of domestic violence at £40 million and concluded that statutory SRE is a "relatively inexpensive intervention that will have a long-lasting, far-reaching impact on sexual health, sexual violence, domestic abuse, unhealthy relationships, body image, sexual harassment, forced marriage, honour violence, FGM, the influence of pornography, consent and so much more".

But for now SRE is, quite frankly, pish. A women and equalities select committee report from 18 months ago accused the government of being 'misleading' in its claim that SRE is compulsory when it's only the biology aspects that have to be taught. Ofsted found 40% of schools' SRE provision is not up to scratch and that around half of kids were receiving no guidance around consent or what constitutes a healthy or abusive relationship. The committee was clear. "Good quality SRE is shown to have a positive impact in helping to reduce sexual harassment and sexual violence."

Make no mistake, Hinds' decision to turn his back on Greening's bold move on SRE is a Westminster sex scandal.

Since the Harvey Weinstein allegations surfaced, strong women have been standing up for their rights and for everyone who wants a better, fairer world. That's happening already here too. Jo Swinson and Stella Creasy clocked what's going on and tweeted about it at the weekend. Canny and driven, those two won't let this drop. But they shouldn't have to. The fight had been won and yet the arguments will have to be made over and the parliamentary battle restarted.

For the suffragettes and suffragists, victory in 1918 was just the start of a century of having to shore up their status and justify their position. In 2018, women cannot take any policy for granted while men like Damien Hinds still hog power and ignore their needs.

James Millar is a political commentator, journalist and podcaster.