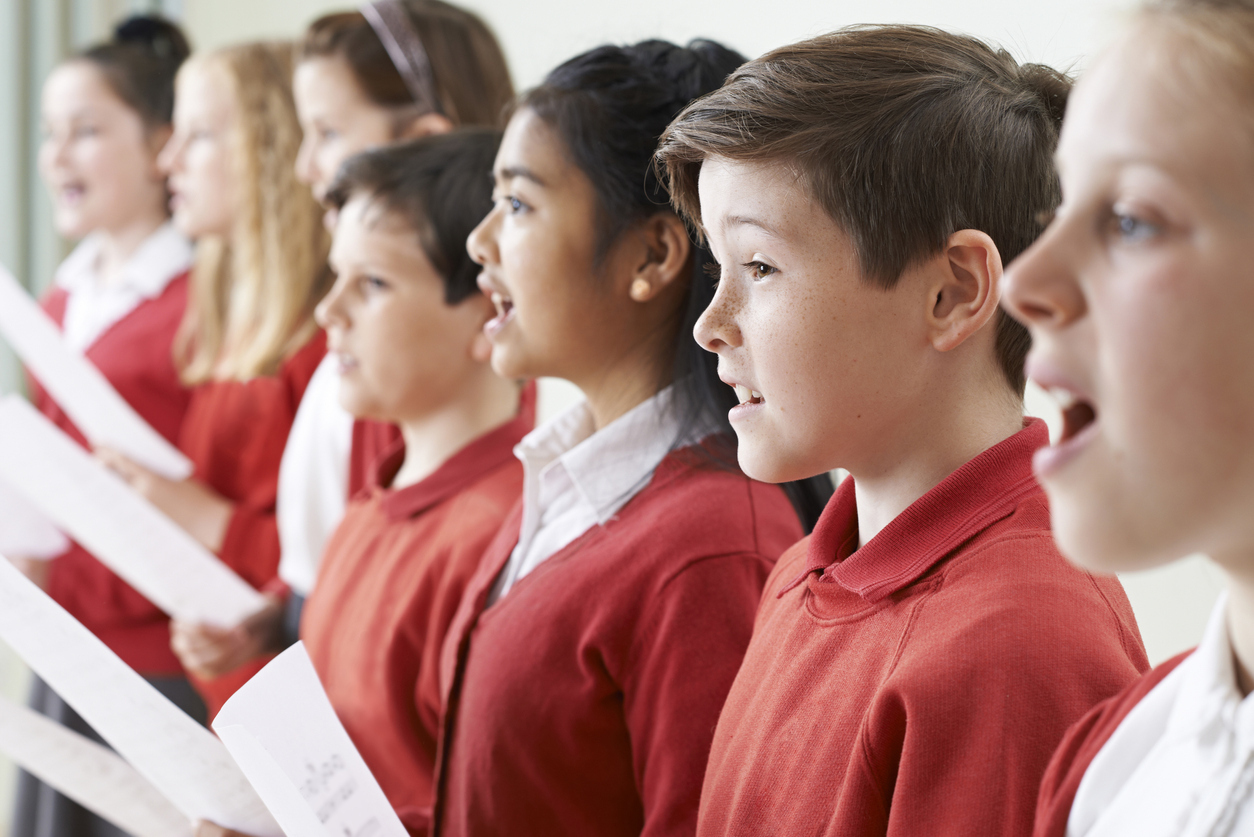 The last year has been a rollercoaster for all those working in the education sector. They have had to adapt to the latest government advice at a week’s or sometimes even a day’s notice.

A recent poll by the National Education Union found that of the 10,000 teachers, leaders and support staff who were interviewed, 95% of respondents were worried about the impact of their workload on their mental health, 66% believed the status of the profession has fallen over the last year, with the government to blame for failing to listen to or value those working in education.

Just this week the Department for Education have encouraged schools to celebrate One Britain One Nation Day on 25th June. As part of the celebrations schools must sing the official OBON anthem together. At the same time, the official advice on singing in schools remains that singing in large groups can only be done with significant mitigating measures in place. Another example of conflicting advice creating uncertainty and confusion.

These are hard things to hear about a profession so fundamentally important and whose practitioners warrant genuine respect. Yet, the negative responses of these teachers are not just understandable, but in many respects, entirely predictable, due to ambiguous and constantly changing advice, hugely affecting lesson-planning and increasing teachers’ workloads and stress.

There have been rumours of an extension to the school day to help pupils catch up, and without going into the rights and wrongs of that decision, it is clear that pupils have lost much of the stability that is so important. If we are ever going to be able to come close to making up for lost time, we need a clear framework that gives teachers the freedom to make the best decisions for their pupils.

So how do we go about re-inspiring a love of learning in the classroom, and restoring the self-confidence and ambition of a generation of children who have experienced more than a year of unprecedented disruption?

Any real recovery is going to depend on a solution that is both well-thought-through and nuanced. We need to look after the needs of individual children and balance formal academic lessons with the rich range of activities that both support learning across the curriculum and positively impact on social cohesion, and pupil self-esteem and confidence.

As Sir Kevan Collins, the government’s former education recovery chief, said: “Art, music, sport and play matter, intrinsically and because of the positive impact they have on children’s readiness to learn in other areas”.

Music is an integral part of children’s cultural education; it helps them to lift their sights and raise ambition; it brings self-awareness and a glimpse into possibilities hitherto unimagined. Of course, I am not advocating that core subjects like Maths and English should in any way be moved aside. Both are essential in their own ways: allowing individuals to negotiate the practical complexities of the adult world that we all must inhabit.

Regular engagement with music and singing gives children something different, but equally vital. It is an important path to emotional literacy, enabling children to communicate more effectively, form better relationships, navigate social complexities and be better prepared to deal with the challenges that life inevitably throws up. This year especially, we owe our children everything that music has to offer!

The Review of Music Education in England, published by the Department for Education and the DCMS in 2011, showed that the government recognised the importance of singing in schools, and were prepared to advocate for it.

In the report, Darren Henley, now chief executive of Arts Council England, recommended that “Singing should be an important part of every child’s school life from Early Years through until at least Key Stage 3”, and called for clear resources to be made available to help give primary school teachers greater confidence when teaching singing and music.

For nearly 18 months, Department for Education guidance during the covid pandemic has caused widespread confusion regarding whether singing in schools is even allowed. Read through their advice and recommendations carefully enough, however, and it is apparent that singing in schools is actually permitted, but we have still yet to see a positive statement encouraging the return of singing in the classroom.

Back in September 2020 when schools reopened after the first lockdown, government advice permitted a maximum of 15 children singing together. Just a month later, in October, the publication of the government commissioned PERFORM study gave advice on adequate ventilation but stopped short of saying that the limit on numbers singing together had been dropped.

The latest guidance, released on 10th May 2021, says, “There may, however, be an additional risk of infection in environments where singing, chanting, playing wind or brass instruments, dance or drama takes place. Singing, wind and brass instrument playing can be undertaken in line with this and other guidance”.

Yet, earlier advice in the same document clearly advocates for the teaching of music as part of the curriculum to continue as normal “especially as this builds pupils’ confidence and supports their wellbeing”.

This contradiction, urging teachers to carry on as normal whilst simultaneously following vague guidance which suggests they can’t do so, has made it even harder for schools to see how they can offer meaningful musical experiences for their pupils.

It is no wonder that this has encouraged a temptation towards a recovery curriculum that focuses only on ‘core subject repair’, and trades off music and singing, depriving teachers of the confidence to use an important tool in their pupils’ growth and recovery.

The disruption we have all experienced this year has been unprecedented in modern history, and our political leaders have had many very difficult decisions to make. Now though, we need the government unambiguously to honour our education professionals and be active in helping our pupils’ mental health by clearly and positively stating once again that singing is a vital and safe part of our children’s school life.