Carrie Johnson is best known for being the wife of Prime Minister Boris Johnson, and the mother of his young son, Wilfred.  The couple are now expecting a second child together at the end of 2021. However, the Prime Minister’s wife has her own storied history in politics, conservatism and conservation. 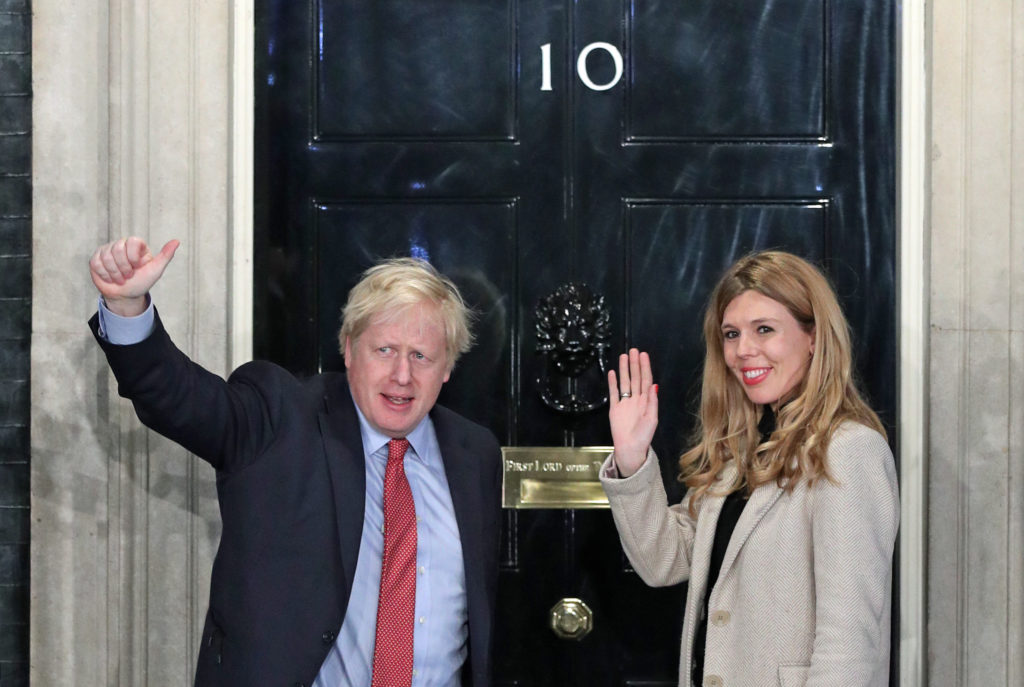 Carrie Symonds and Boris Johnson became the first unmarried couple to live together at Downing Street.

How old is Carrie Johnson

Carrie Johnson was born in 1988.  She was 31 years old when she first moved into 10 Downing Street with Boris Johnson.

Carrie Symonds – Things you may not know

Her grandfather was a Labour MEP
Carrie Symonds’ may be the partner of the current Conservative Prime Minister, but her paternal grandfather is the late John Beavan, one-time editor of the Daily Herald and later, during the 1970s, a Labour Party MEP.

She testified against John Warboys
Symonds revealed in an interview with the Telegraph that during her first year at Warwick University, she was given a lift by black cab rapist John Worboys.

After it was suggested that Worboys might be released from prison in 2018, Symonds waived her anonymity and spoke of her experience as one of Worboys’ targets. In November 2018, it was announced that Worboys would remain in prison.

The Little Otter
Carrie Johnson has a few nicknames, her Instagram handle is @apple_symonds, for one. However, Johnson has reportedly opted for the nickname ‘little otter’.

She went to the same school as Nigella Lawson
Symonds is a Londoner, and grew up in East Sheen, South West London, attending Godolphin and Latymer School in Hammersmith. This is also the alma mater of Kate Beckinsale and Nigella Lawson.

Carrie Symonds married Boris Johnson during a ceremony at Westminster Cathedral in May 2021. This being the first time that a sitting Prime Minister had become married for almost 200 years.

Symonds first came to public attention during the 2019 Conservative Party Leadership election when the police were called to a reported dispute at her then home in South London. During this alleged lover’s tiff, shouting was heard by neighbours who subsequently called the police. Mr Johnson dismissed it as a simple row with his girlfriend – apparently said to have been triggered when he spilt red wine on the sofa.

Boris Johnson and Carrie Symonds (as she was then) had though known each other quite some time before they became the first unmarried couple to abode in Number 10 Downing Street.

Although Carrie Johnson is 23 years younger than the Prime Minister, such an age gap is not unprecedented in Downing Street. In the 1950s, there was a similar 23 year age gap between Anthony Eden and his second wife Clarissa.

Having moved into Downing Street, Symonds announced she was pregnant, and in April 2020 she gave birth to a baby boy, Wilfred Lawrie Nicholas Johnson.

After the birth, Symonds added that their baby son shares his first name with Prime Minister Boris Johnson’s grandfather, and the first of his middle names, Lawrie, with her own. The ‘Nicholas’ in ‘Wilfred Lawrie Nicholas Johnson’ is a reference to the two doctors that ‘saved Boris’ life’ when he was in intensive care in a London hospital suffering from COVID 19, both of whom were called Nick.

Wilfred Johnson was born just a fortnight after Johnson left hospital following his battle against Coronavirus. During the period when Mr Johnson was suffering from COVID-19, Carrie also went down with the virus, but only showed minor symptoms.

In June 2021, the new Mrs Johnson was introduced to the world stage, mixing with Jo Biden and his wife, Dr Jill Biden, at the G7 summit in Cornwall.

At the end of July 2021, Carrie Johnson revealed that she was expecting a second child at the end of 2021.  At the same time, the new Mrs Johnson also told how she had previously experienced a miscarriage at the start of 2021.  Describing on Instagram how she was ‘heartbroken’ from the experience, she wrote, “I feel incredibly blessed to be pregnant again but I’ve also felt like a bag of nerves”.

Symonds and Johnson are the proud owners of a Jack Russell cross puppy named Dilyn, obtained from a rescue charity in south Wales.

Symonds completed a degree in Theatre Studies and History of Art at Warwick University, and initially thought she would go into acting. She even auditioned for a part in the 2007 Keira Knightley blockbuster ‘Atonement’.

After deciding against a career in acting, Symonds took on a marketing job before she landed a placement running campaigns for the then Tory MP for Richmond, Zac Goldsmith. Goldsmith is now Lord Goldsmith, becoming Minister of State for Pacific and the Environment. Symonds later tweeted that she was not sure if she would have ever worked for the Conservative Party if it had not been for Goldsmith and that she owed him a lot.

Symonds, as she was then known, went on to work for Johnsons’ 2012 London Mayoral campaign, and then worked for two leading Conservative figures, Sajid Javid and John Whittingdale.  Javid was reappointed to the Cabinet in June 2021.

It is reported that Carrie Symonds once wished Javid a happy birthday by presenting him with a cartoon of himself as an avocado.

Symonds left her position as the Conservative Party’s head of communications in 2018 to work in public relations for Oceana – a US-based environmental campaign group that protects sea life and champions the Vibrant Oceans Initiative. Symonds has a strong interest in efforts to take plastics out of the ocean and is said to be still advising the charity on a consultancy basis relating to its global plastic objectives.

After the Queen, and Nicola Sturgeon, it might be suggested that Carrie Symonds is now one of the UK’s most powerful women.

There is widespread speculation that Symonds holds great sway over Prime Minister Johnson’s decision-making. And this influence does not stop with a new haircut and diet; indeed, as a former politico herself, Symonds is well-versed in the issues of the day.

In early 2020, Symonds hired her own personal adviser, Independent Television News’ former Director of Corporate Communications, Sarah Vaughan-Brown. Following the appointment, The Sunday Telegraph speculated, ‘we are about to start seeing a lot more of Carrie Symonds’.

In late 2020, it was reported that Symonds was at odds with Johnson’s then senior adviser, Dominic Cummings, and his then Director of Communications, Lee Cain. The dislike between the two camps was believed to be mutual, with the ‘Cummings camp’ apparently labeling Symonds, ‘Princess Nut Nut’.

Symonds is well-known to hold liberal views on trans rights and green issues. Symonds is said to have reportedly played a role in the departure of Mr Cummings and Mr Cain.

During his high profile testimony to MPs in May 2021, Dominic Cummings accused Carrie Symonds of trying to “appoint her friends to particular jobs” in a manner that was “completely unethical and clearly illegal”. Continuing this obvious feud between the pair, Cummings also claimed that Carrie distracted Johnson at a key moment early in the Covid pandemic, by going “completely crackers” over a newspaper story about their dog, Dilyn.

In June 2021, Mr Cummings suggested on Twitter that Carrie Johnson was somehow involved in the return of her former boss, Sajid Javid, back to the Cabinet at Health Secretary, tweeting, “So Carrie appoints Saj!”.

The Spectator has described the Prime Minister’s wife as the definition of a ‘millennial conservative’; indeed, her passion for conservation and environmental causes, such as her opposition to whaling, fox hunting and animal exports are not necessarily those of the old-guard Tory party. In this sense, Carrie is a kindred spirit with her new father in law, Stanley Johnson. 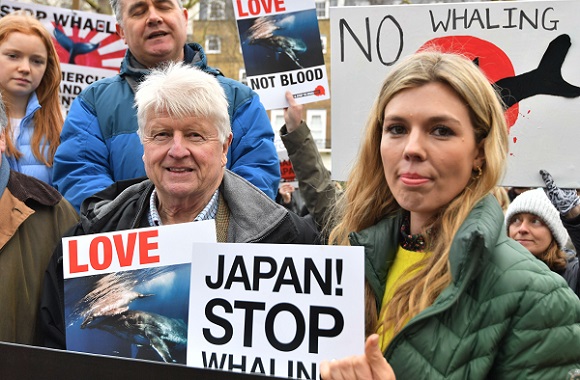 The Prime Minister’s, new wife, Carrie, alongside his father, Stanley, attending an anti whaling protest in 2019.

Following a decision by Boris Johnson to U-turn on a proposed badger cull in Derbyshire, media attention quickly focussed on the potential role of Carrie Symonds. In 2020 permission was granted for a judicial review to probe how the policy change came into being.

Symonds’ Twitter’ feed is full of animal welfare issues, and she campaigns against animal cruelty.  She is as a patron of the Conservative Animal Welfare Foundation. Tweeting in 2017, Symonds related, ‘It was my internship at IFAW [International Fund for Animal Welfare], many moons ago, that first got me hooked on all things animal welfare and wanting to do my bit’. 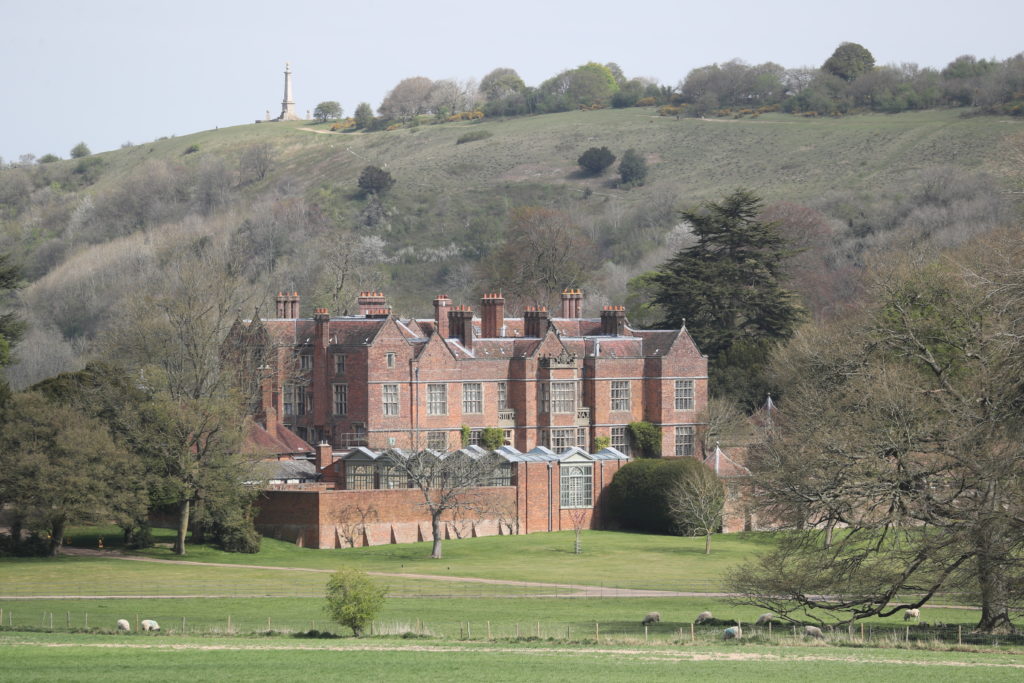 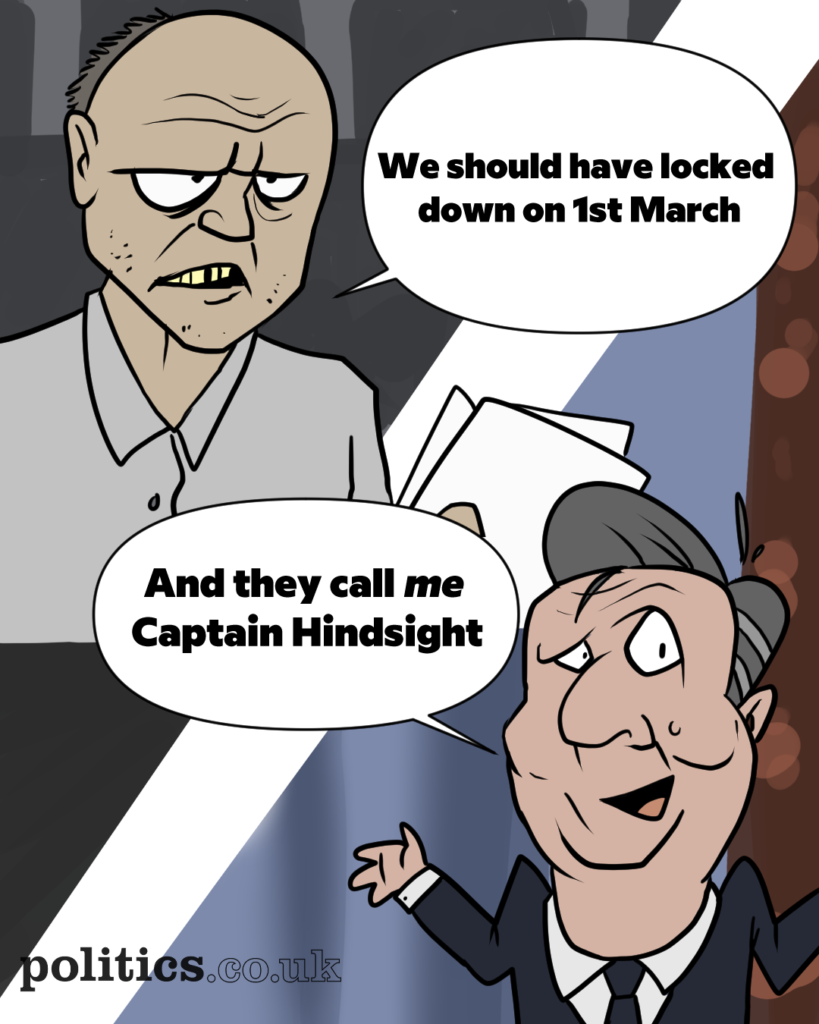 And they call me Captain Hindsight?
Video 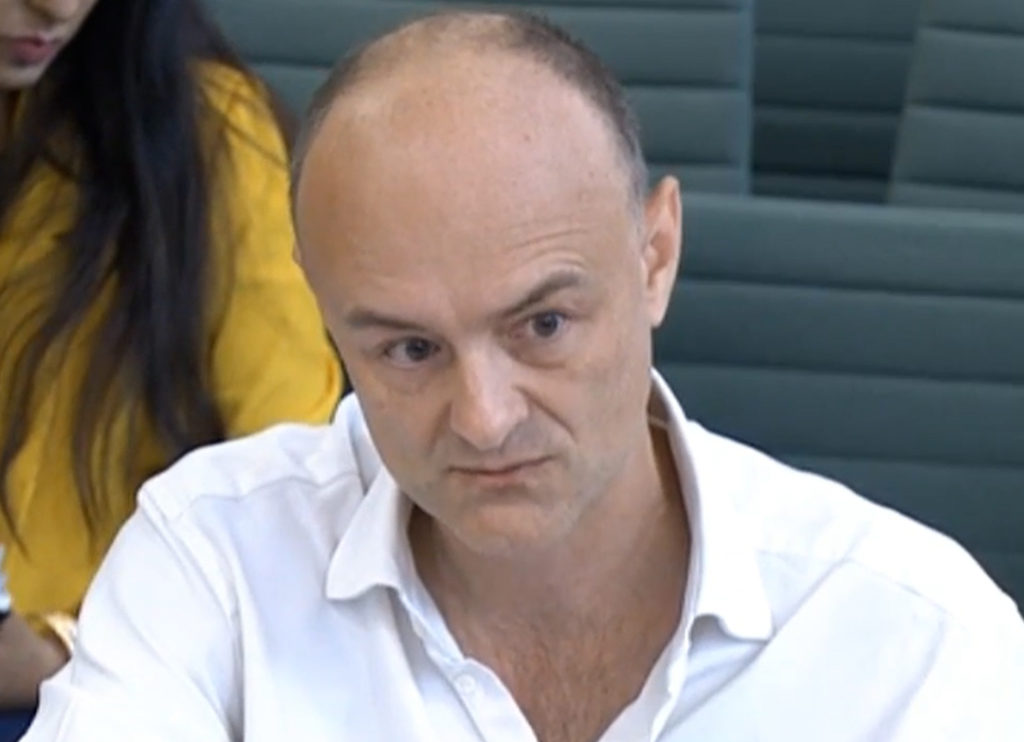