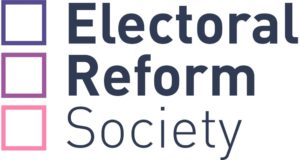 The Electoral Reform Society have called for an end to the ‘unaccountable cronyism’ of the House of Lords following latest revelations over appointments to the unelected second chamber.

The call follows reporting in the Sunday Times that Evening Standard owner and peer Evgeny Lebedev was granted a peerage after the security services withdrew an assessment that granting the peerage to the Russian businessman posed a national security risk after Boris Johnson intervened [1].

Lebedev, who has sat in the Lords since November 2020, has spoken just once since joining the chamber and has never voted [2].

This is not the first time Johnson has ignored official advice when it comes to appointments to the House of Lords. In 2020, Johnson was accused of cronyism after he gave a peerage to a former Conservative party co-treasurer in defiance of advice from the House of Lords Appointments Commission [2].

“A peerage is not just an exclusive title or award – unelected peers hold a powerful role in our politics and are given a job for life to make our laws. A seat in the Lords is a lifetime appointment at the heart of Westminster with all the power and influence that comes with it.

“This is not the first time Boris Johnson has ignored official advice when stuffing the Lords with political allies and party donors – but shows once again the power of the Prime Minister of the day to hand out seats in our unelected Lords with few limits or restrictions.

“Until we have a fully elected revising chamber in Westminster, one where the people, not the politicians, get to choose who goes in and who comes out, peerages will continue to be handed out like awards for loyalty or to those with the deepest pockets at the whim of the Prime Minister of the day.”