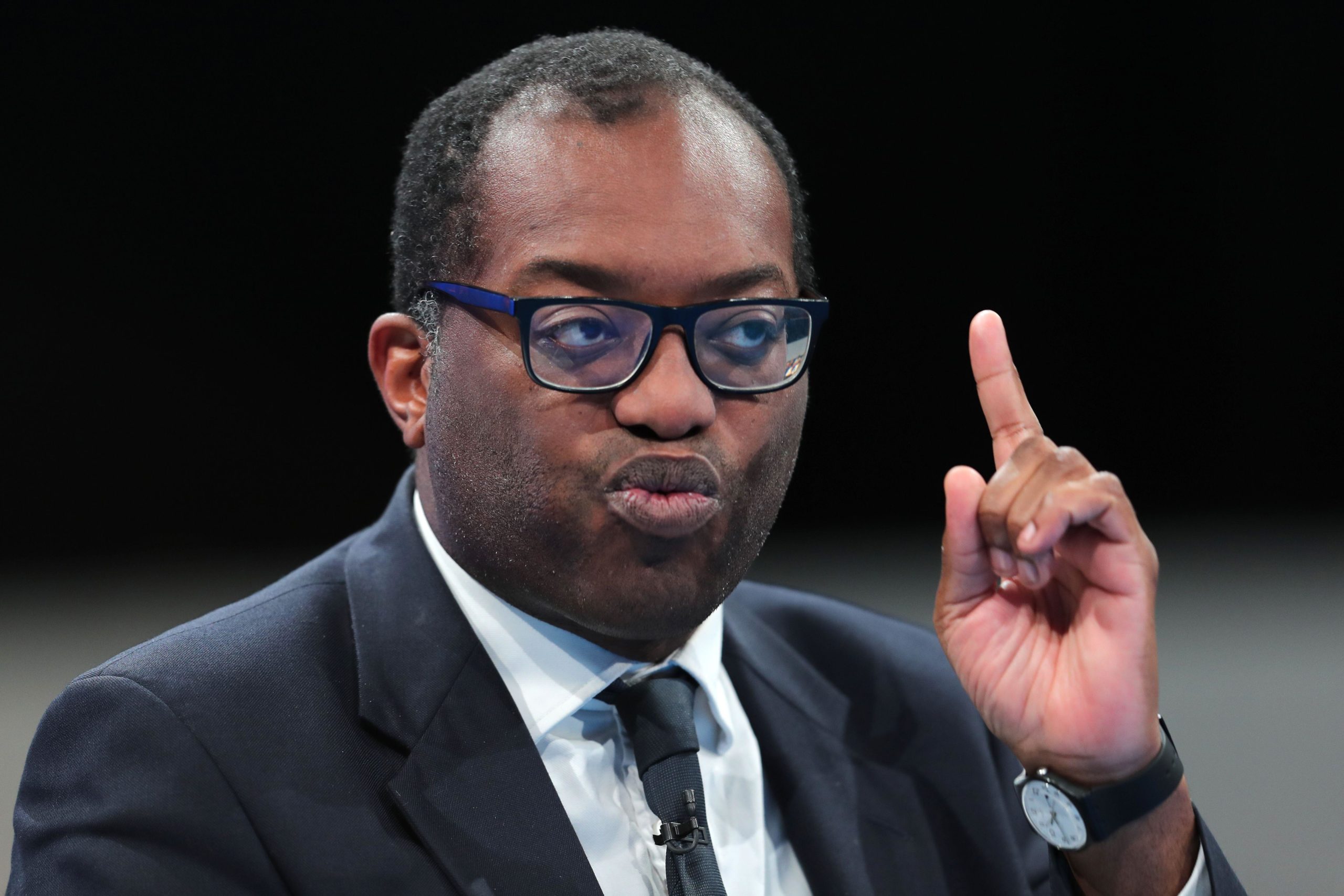 New energy strategy could take half a decade to reduce bills

Today the government unveils its “British Energy Security Strategy”, but Kwasi Kwarteng has admitted it will not deescalate energy bills anytime soon.

Boris Johnson will later give a speech on the Conservatives’ plans to expand nuclear, hydrogen and offshore wind, as well as returning to annual North Sea licensing rounds for oil and gas.

The business and energy secretary told Sky News this morning that it could take up to five years for the plans to make a dent on soaring energy bills.

“I mean in terms of people’s energy bills, people’s energy bills this year, we have announced a number of measures, a £9.1billion package, £150 off council tax for people in bands A to D, £200 to pay those bills,” he explained, adding: And of course you are right to say that the strategy is more of a medium term, three, four, five year answer.

“But that doesn’t mean we can’t address this. I think it is really important that we get an energy strategy and energy policy that means that we can have more security and independence in the years ahead, he went on.

Significantly, the strategy will see a significant acceleration of nuclear in Britain, with the aim of up to 24GW by 2050 to come from the power source. This would represent up to around 25 per cent of projected UK electricity demand. The government says that, subject to technology readiness from industry, Small Modular Reactors will form a key part of the nuclear project pipeline.

It will also establish a national oversight via a new body, “Great British Nuclear”, to ensure the production of 8 new nuclear reactors by 2030.

The government will henceforth be consulting developing partnerships with a limited number of “supportive” communities who wish to host new onshore wind infrastructure in return for guaranteed lower energy bills. Onshore wind has often been seen as unfavourable due to its requirement of wind turbine construction in scenic rural areas.

A Heat Pump Investment Accelerator Competition will be run this year, worth up to £30 million to make British heat pumps, which reduce gas demand.

They also say they will aim to increase the UK’s current 14GW of solar capacity which could grow up to 5 times by 2035.

The strategy further pledges to double the UK’s ambition of producing up to 10GW of low carbon hydrogen by 2030, with at least half coming from green hydrogen and utilising excess offshore wind power to bring down costs. Hydrogen can be used for cleaner power, transport and potentially heat.

Energy and climate change minister Greg Hands said ahead of today’s announcement: “Boosting our renewable energy supply is the only way for us to take control of energy prices. We are already a world leader in offshore wind, but we want to go further and faster so that clean, cheap energy becomes the norm.

“Although we don’t rely on Russian energy, accelerating our transition to renewable energy is the best thing we can do to protect the British people and to drive economic growth.”

Chair of parliament’s BEIS committee, Darren Jones MP said, “For families and businesses across the country energy security means being able to turn the heating or electricity on knowing you can afford to pay the bill. Ministers continue to ignore the reality faced by of millions of people with yet another missed opportunity to help bill payers and a failure to announce funding for the home insulation works required to reduce the amount of heating needed in the first place.

“Replacing gas power with more nuclear power is lower carbon, but nuclear isn’t renewable and it isn’t cheap. It’s disappointing that the Government has failed to seize the full opportunity of onshore wind and solar once again with no explanation other than disagreements within the Conservative Party.

Robert Colvile, director of centre-right think tank the Centre for Policy Studies, said: “As the view for household energy bills gets bleaker by the day, the government is right to plan ahead to bolster domestic supply and boost UK energy security. The role of hydrogen and nuclear in this is key, as we have argued, and the government’s recognition of this is extremely welcome.

“Despite this, it is disappointing to see that the government’s ambitions have not carried over to other alternative energy sources, such as onshore wind and fracking. Nor have they taken the opportunity to promote demand-side energy efficiency, including via insulation – which in turn will help reduce the most significant costs and support the push for Net Zero. The decision to nationalise core National Grid responsibilities is also highly alarming.

“While this strategy will expand power supply, it will take several years for its full effects to be felt. In the meantime, consumers and businesses should brace themselves for painfully high energy costs to continue.”

Rain Newton-Smith, CBI Chief Economist, said: “This Strategy sets an ambitious bar for a more resilient, low carbon energy system for the future. Bold words must now be matched by bold actions from the government. The proof will be in the Strategy’s delivery, in partnership between business and Government. Business believes greater energy independence must go hand-in-hand with delivering a net-zero, higher growth economy.

“Increasing our domestic generating capacity is an essential part of dealing with the current energy crisis. Big bets on nuclear will provide clean and stable power for consumers and businesses. This scale of ambition should be replicated for other renewable technologies like onshore wind. Commitment to planning reforms and rapid approvals is what will really make the difference now.

“While it’s welcome this Strategy addresses some long-standing challenges, companies are continuing to really struggle with increased wholesale energy costs right now. The government’s next step should be to provide immediate cashflow support for firms through the Recovery Loan Scheme – and move to cut bills for Energy Intensive Industries to maintain competitiveness.

“Kickstarting an ambitious national programme for household energy efficiency upgrades should follow this Strategy too – making people’s bills more affordable and cutting carbon across the country.”

Luke Murphy, associate director for energy and climate at progressive think tank the IPPR said: “This energy strategy appears to be a recipe for failure. The choices the government appears to have made will see consumers pay more, leave the UK less secure, and expose us all to a greater risk from climate change, than if different choices had been made.

“This plan should have been a route map for the UK to make significant progress towards a more affordable, secure, and clean energy future, but from what we’ve seen so far, it falls short on every test.

“The government has instead placed a bet big on nuclear, which has a role, but remains too expensive and will take years to make a difference. The decision to ramp up exploration of oil and gas and reassess fracking beggars belief. Phasing out fossil fuels is not only essential for tackling the climate crisis and protecting future generations, but it is also in the interests of our energy and economic security.”