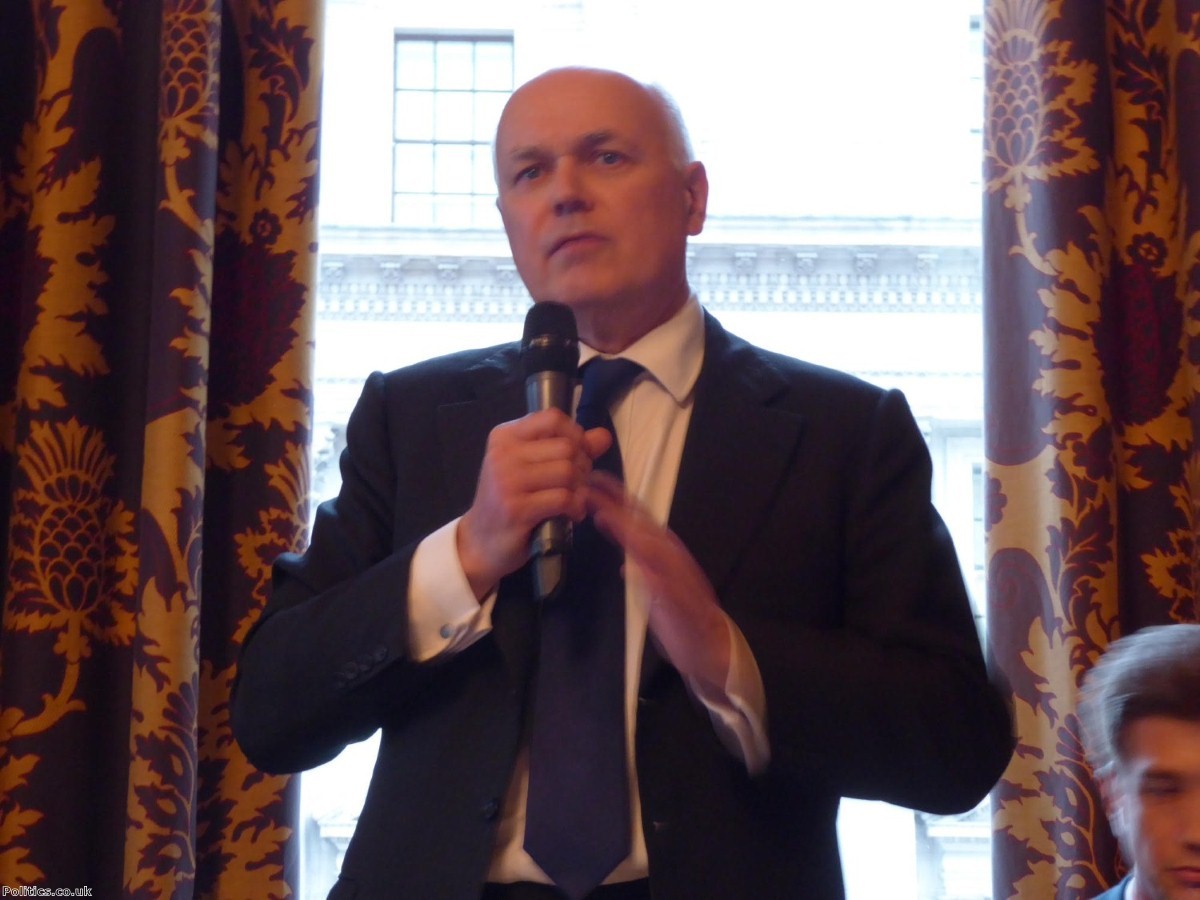 Iain Duncan Smith: Risk of more austerity is a price worth paying for Brexit

The risk of inflicting several more years of austerity on the British people is a price worth paying for leaving the EU, Iain Duncan Smith suggested last night.

The Institute for Fiscal Studies have warned that Brexit could cause at least two more years of cuts to public services. The IFS said yesterday that Brexit would lead to "difficult decisions on tax, benefits and public services" due to the economic hit caused by leaving the EU.

However, the former work and pensions secretary insisted that the economic risks of Brexit were outweighed by the need for Britain to govern itself. Asked by Politics.co.uk whether two more years of cuts was "an acceptable price to pay" for Brexit, he replied:

"Of course there's going to be risks if you leave. There's risks if you get up in the morning…There are risks in everything you do in life."

However he insisted that these risks were worth taking.

"I would rather have those risks that we are likely to face, headed off by a government elected by the British people [and] governing for the British people, than having a government that is one of 27 others where the decisions you want to take – that you believe are best for the United Kingdom – cannot be taken because the others don't agree with you."

Duncan Smith, who was speaking at an EU referendum debate hosted by Ladbrokes, said there was a "balance of risks" whichever way people vote next month. His position was described as irresponsible by the president of the CBI, Paul Drechsler

"How high a price should we be prepared to pay to create unemployment for the next generation? I don't think you choose to take that course of action if you are a responsible leader," Drechsler told Politics.co.uk.

"I think we've already seen the harm done to that generation once this decade. Let's not do it again. There is no price I would choose to pay to bring three to five years of grief. To me that is not an option."