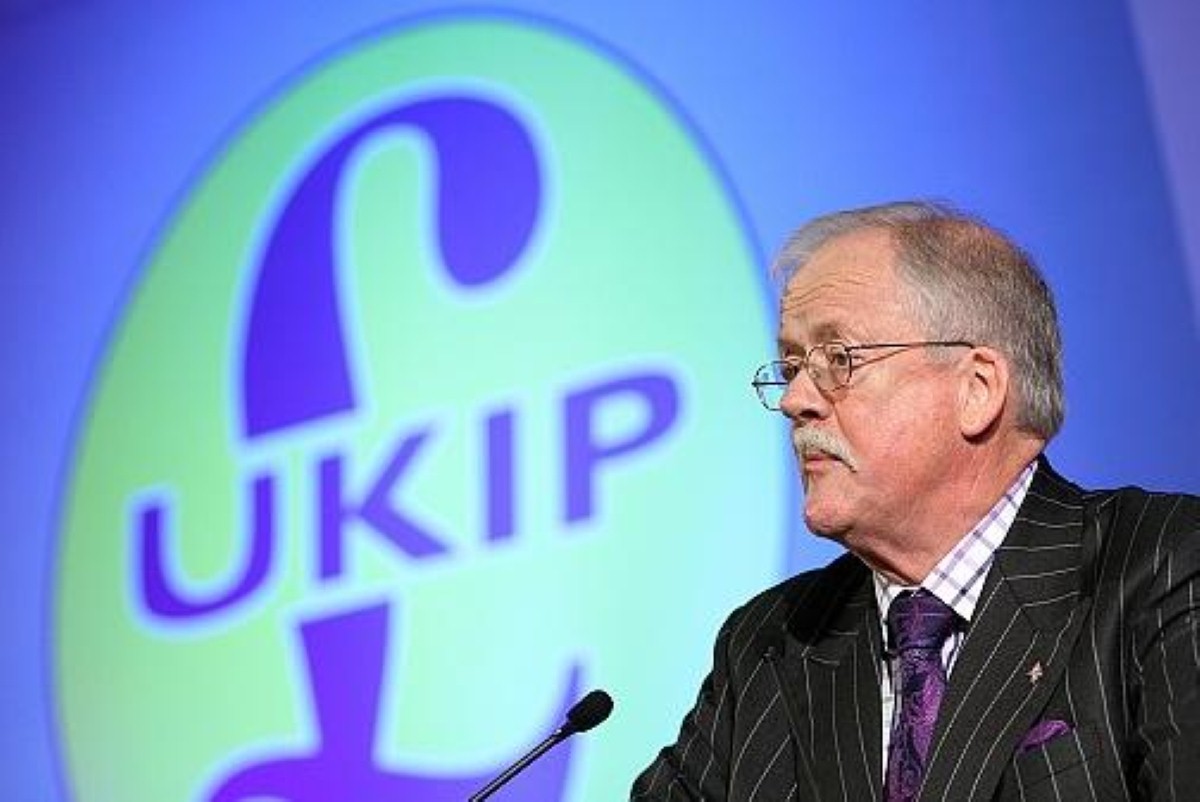 Three of Nigel Farage's MEPs, including its energy spokesperson Roger Helmer, have added their names to a letter signed by over 200 US state lawmakers and organised by the American Legislative Exchange Council (Alec).

This is not a body most political parties in Britain would be keen to associate with. It is a powerful lobbying group sponsored by corporate interests and is a favourite of Tea Party types. It bankrolls climate change sceptics and promotes a 'model' climate change bill will suggests global warming is "possibly beneficial" to the planet.

Alec encourages climate change deniers to "educate" lawmakers by claiming there is no scientific consensus on the issue. Its most recent meeting in Dallas saw one of its speakers deliver a presentation dismissing the International Panel on Climate Change as being "not a credible source of man-made economics". Its incoming national chair, the Texan Republican Phil King, has said: "I think the global warming theory is bad science."

All this contributed to Google's decision to leave Alec this autumn. Eric Schmidt, its chief executive, told an American news broadcaster: "Everyone understands climate change is occurring, and the people who oppose it are really hurting our children and our grandchildren and making the world a much worse place. And so we should not be aligned with such people — they're just, they're just literally lying."

It was Alec's response to this letter which Helmer, together with south-east MEP Janice Atkinson and the West Midlands' Bill Etheridge, signed up to.

"Your calculated departure from Alec is based on misinformation from climate activists who intentionally confuse free market policy perspectives for climate change denial," the letter stated.

It insists Alec does not deny climate change per se, and directs Google to its model policy which says climate change only "may" be causing global warming. "The organisations that pressured you consistently conflate climate change denial with having significant concerns over government mandates, subsidies and climate regulations," the letter adds. "To Alec, nothing is more anathema than the government picking winners and losers."

It is this uncompromising approach to big government and its unashamed promotion of free-market rhetoric which gives Alec the influence and reach it does in the US.

It is a voluntary membership organisation of state legislators whose support for "limited government, free markets and federalism" has attracted funding from numerous corporate interests. One-third of its donors are in the energy sector.

Helmer was appointed 'Adam Smith Scholar' by Alec back in 2005. He was a member of its international task force and boasts of having "developed close relationships with conservative political groups in the USA".

Now, thanks to Helmer, Alec is establishing a bridgehead across the Atlantic. The involvement of Atkinson and Etheridge is being questioned by some as evidence that Ukip's links with Alec – and by extension with American corporate interests – are only deepening as the party's influence increases.

Oliver Tickell, editor of the Ecologist, said: "Alec as an organisation denies the reality of climate change, supports vast subsidies for fossil fuel industries, and is linked with anti-science evangelical groups that are trying to stop the teaching of Darwinian evolution in public schools.

"The impression this gives is that while Ukip determined to assert UK independence from the European Union, it's only too desperate to throw in its lot with America's 'Tea Party' tendency and suborn us to the rule of US corporations.

"At least the UK is represented in the EU – in its Commission, Council of Ministers and democratically elected parliament. But once we throw in our lot with the US, we have no say at all. Does Ukip really want to escape from the EU, only to make us a vassal state of the US? That's certainly how it looks."

Helmer's views on climate change have long fitted those encouraged by Alec.

In 2010 he spent £9,000 on a poster campaign attacking the "Great Climate Myth" by pointing out green climate change policies were "probably unnecessary, certainly ineffectual, ruinously expensive". He insisted in response he is speaking for the majority of British voters.

In 2011 he appeared at Alec's annual meeting in a workshop called 'benefit analysis of CO2'. That was an alteration from its original name: 'Warming Up to Climate Change: The Many Benefits of Increased Atmospheric CO2.'

Now he is advocating an energy policy for Britain based on "proven technologies" including coal and gas. In his speech to the party's conference in Doncaster this year, titled 'Big green is obscene', he told delegates: "'Big green' hates industry, hates capitalism. 'Big green' campaigns against jobs and growth and prosperity. Oh, and by the way, 'big green' tells lies."

Helmer's speech focused on energy security and argued Ukip's focus on energy independence, which includes repealing the 2008 Climate Change Act, contrasted with that of the Westminster parties.

"We in Ukip have carved out a distinctive position on energy that puts clear purple water between us and them. Look at what the old parties are doing, look at the Lib-Lab-Con policies. They slavishly follow Brussels diktats. They want a massive waste of resources on renewables. They want to cover the country in wind farms and solar arrays and they are wedded to green taxes, levies and subsidies. Now compare our position. Ukip's policy has one clear objective: secure affordable energy for households and industry."

He chose not to mention his views on climate change science at all.