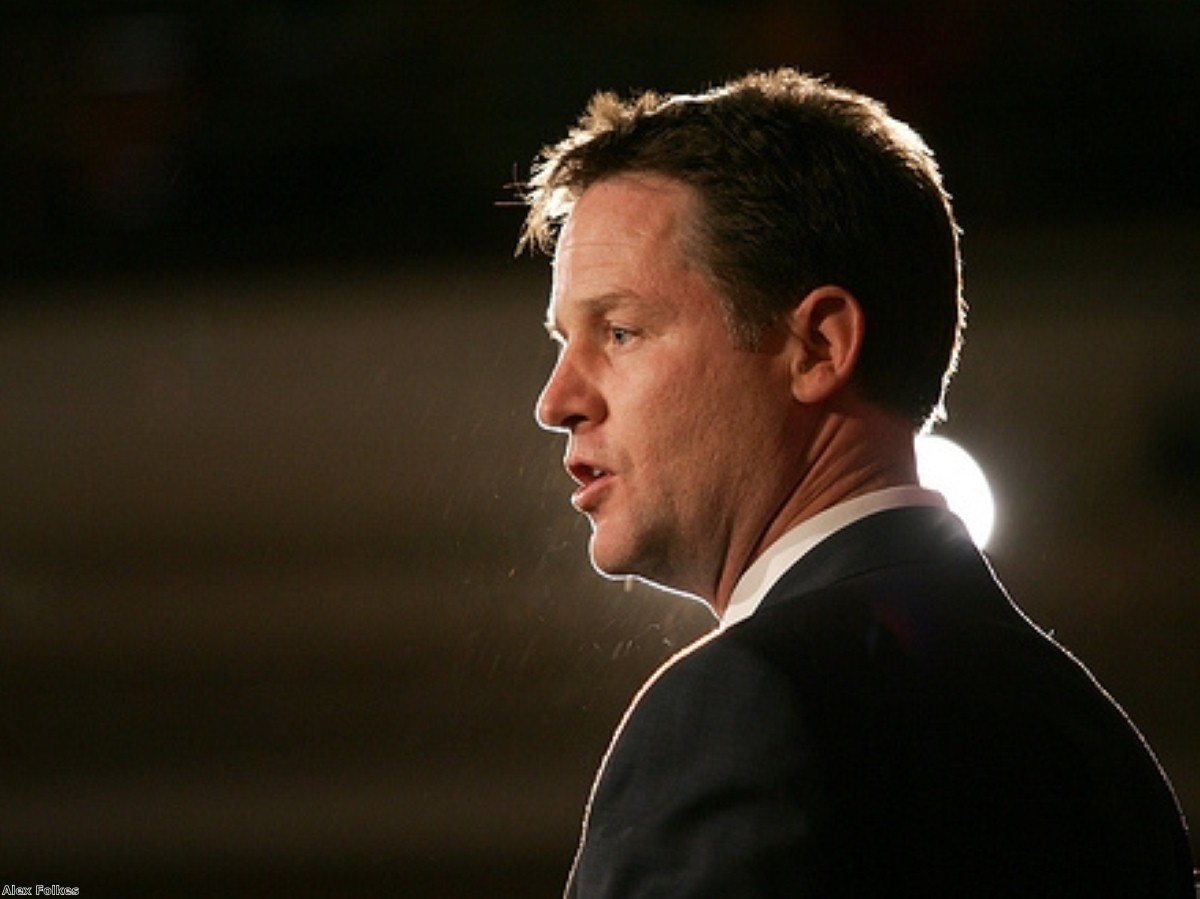 Nick Clegg: European elections ‘not a test of my leadership’

Nick Clegg today denied that the European elections will be a test of his leadership after polls suggesting the Liberal Democrats are heading for fifth place in May.

The Liberal Democrat leader told Politics.co.uk that he would not set an "arbitrary target" for his party's performance in the elections.

He admitted that the party would struggle to match their previous performances in the elections.

"I am acutely aware of course that we have a fight on our hands and that we are fighting these elections in quite different circumstances to last time which were much more politically benign circumstances for the Liberal Democrats."

Asked whether his determination to take a pro-European stand would damage his chances at the elections, he said he didn't mind being unpopular on the issue.

"My response to that is not to hide away or to brush our views about Europe under the carpet because people say they are unpopular, but to do the exact opposite and say look we're not going to suddenly deny what I believe because people say it is less controversial.

"I just passionately believe that it would be really bad for Britain to either be headed towards the exit or as Ukip wants us to to be, yanked out altogether."

The Lib Dem leader is due to take part in a live radio debate with Ukip leader Nigel Farage in advance of the elections.

Asked whether he would be in favour of Farage joining him in the televised general election debates next year, he replied that he "wasn't really that fussed."

He added that previous performance at general elections would probably be a factor in any decision.

Clegg also hit out at briefings from the Conservatives that they may commit to not going into coalition again with the Lib Dems.

Referring to comments from the Unite union leader last night, he added that there was a "McCluskey tendency" in the two main parties which assumed that they would always be able to govern the country alone.

"Clearly there is a McCluskey tendency in both the Labour and Conservative parties.

"I think what you are seeing is the last gasp of the assumption from the two biggest parties that they always have a right to run things.

"They're now so desperate that they now have a right to govern even if they don't have a majority which is a preposterous assertion and is taking the British people for granted.

"I think it's really important we let the British people have a say.

He added that: "My own view is that one of the worst things for this country would be a Conservative only or Labour only government."