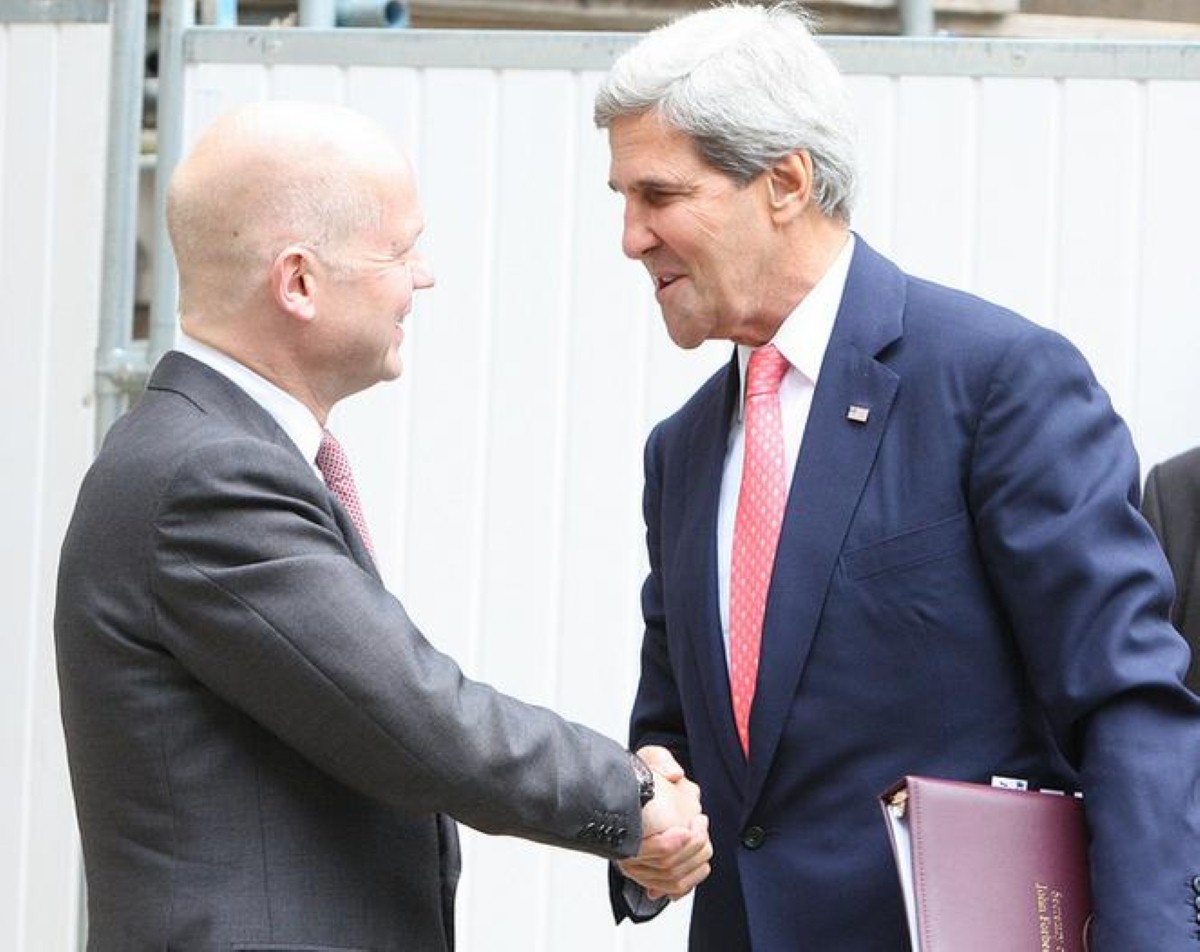 Britain remains a valuable partner to the United States because it "sometimes" stands up to dictators, secretary of state John Kerry has declared from the Foreign Office.

The watered-down alliance was underlined by a series of questions from journalists directed to Kerry rather than foreign secretary William Hague, who observers have noted has been unusually withdrawn since the Commons vote against military action in Syria earlier this month.

Hague sought to emphasise the importance of the "values" which lie at the heart of the 'special relationship'.

Kerry repeated that in an extended point, but his inclusion of the word 'sometimes' appeared to undermine the point.

He said: "Our bond really is a paradigm for international cooperation and our work together on global issues to ensure peace, stability, to create economic prosperity, to help others to share in the values we share, to engage in humanitarian initiatives around the world, and sometimes to stand together against the oppressive steps that tyrants take – all of those things are what tie us together, not just for our two nations but for the entire world."

Hague said the UK was at "the forefront with the US and others" of efforts to secure a diplomatic resolution to the conflict, adding: "We're doing a great deal to assist the stability of neighbouring countries.

Hague said "parliamentary complications and rules" were faced by both the American and British governments, hinting that Barack Obama could face difficulties persuading the US Congress of the validity of an intervention against Assad.

"These are two of the greatest homes of democracy in the world… but we each have to respect the way each others' democracy works, and we do" Hague said. Kerry replied: "And we do."

Kerry compared potential global inaction on Syria to the world's response to the Holocaust and Rwanda. He insisted only a political solution would end the conflict but said that would not be reached with Assad using chemical weapons.

"If one party believes he can rub out countless numbers of his own citizens with impunity, using chemicals that have been banned for hundreds of years… he will never come to a negotiating table," he said.

"A resolution will not be found on the battlefield, but at that negotiating table, but we have to get to that table."

Across Whitehall from the Foreign Office, MPs are returning to parliament amid signs of a softening mood towards British involvement in western intervention.

At least nine MPs who abstained from the crunch division, in which the government was defeated by 13 votes, could now be expected to back military action, the Telegraph reported.

One Tory backbench MP, the PM's former envoy to Syria Brooks Newmark, wrote for the Huffington Post that he felt "wracked and ashamed" by the result.